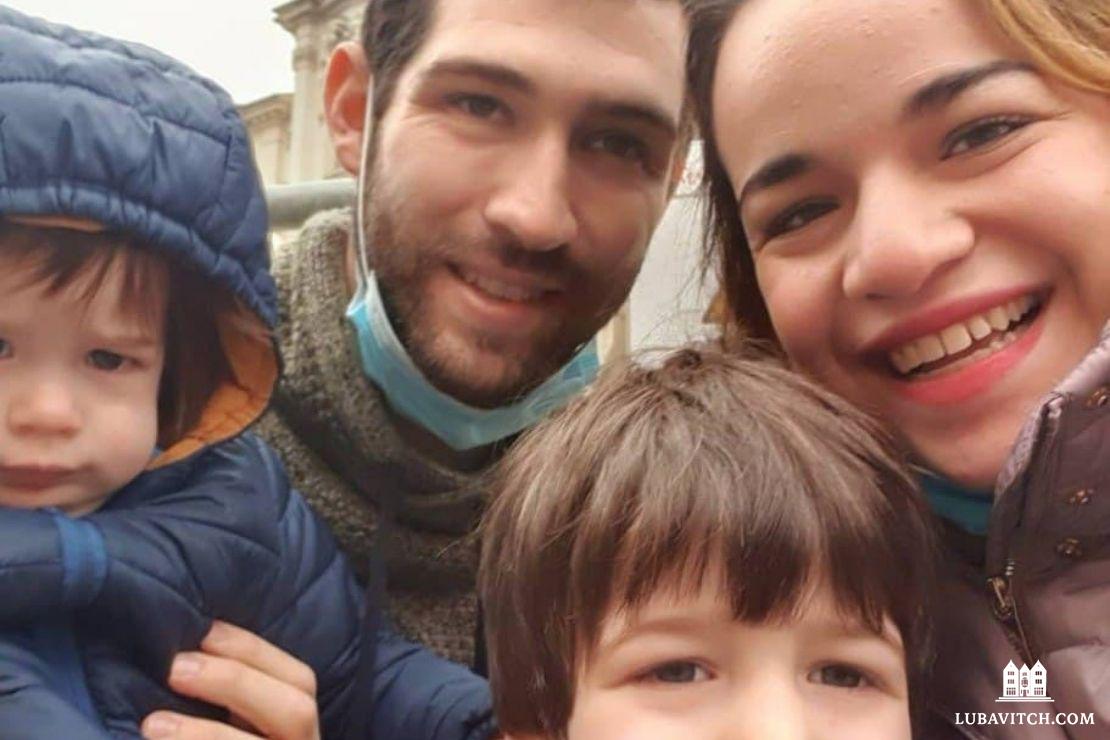 Only days before thirty year-old Amit Biran and most of his family would die in a tragic accident, he pledged to dedicate more time to family and his children.

Amit, an Israeli, was studying medicine in Pavia, Italy, where he lived with his wife and their two sons. His Israeli wife Tal Peleg-Biran, 26, their 2-year old son Tom Biran, and Tal’s parents–Barbara and Yitzchak Cohen, 71 and 81, who were visiting from Israel–were tragically killed Monday morning in the Piedmont region of Northern Italy. They were among the fourteen people who lost their lives on a cable car that hurtled fifty feet to the ground. The young couple’s five-year-old son, Eitan Biran, the sole survivor of the accident, is in critical condition at a Turin hospital.

Amit worked as a security guard for a local Jewish school and the Central Synagogue in Milan, and he was remembered as a much adored member of the Jewish community.

“He was always smiling,” said Rabbi Shmuel Hezkia, a Chabad emissary in the city. “Local cafes have put out his picture and small memorials for him.”

When Amit was asked by a local yeshiva student to take on a positive resolution in memory one of Milan’s founding Chabad emissaries, the young father took a few days to think and then made his pledge:

“To dedicate more time every day to [his] family and patience with his children. And to put on tefillin every day.”

Related Articles
View All
Italy
Pioneer Chabad Emissary Rabbi Gershon Mendel Garelik, 88
The executive director of Chabad-Lubavitch of Italy, Rabbi Gershon Mendel Garelik passed away on Shabbat, February 13, after a long illness. He was 88. Rabbi…
Italy
Emerging From Lockdown, Romance Returns to Rome
With a tragic national death toll of 34,000, these moments of joy are particularly poignant for the Jewish community of Rome.
Get Inspiration to your inbox!
Newsletter
Join our weekly newsletter for inspiration and updates
Donate
Find Your Local Chabad Center
Subscribe
|
Log In
Chabad
About Chabad-Lubavitch
About Chabad Lubavitch
The Rebbe
Headquarters
Magazine
Magazine
News
News & Updates
In The Media
Impact
Social and Humanitarian
Social and Humanitarian
Education
Education
Community
Community