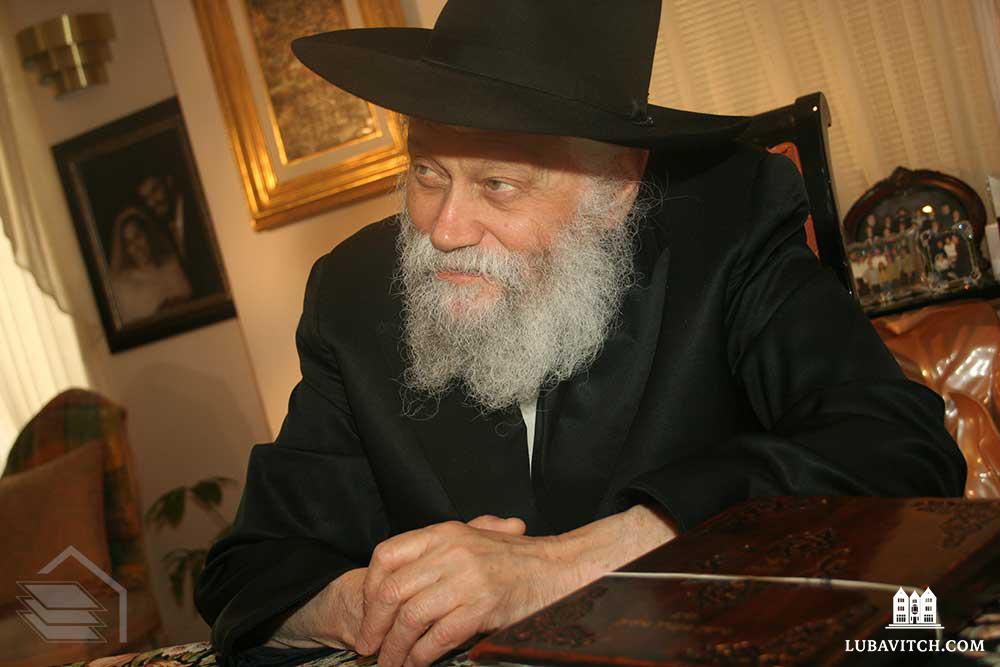 All News
By Dovid Zaklikowski

The executive director of Chabad-Lubavitch of Italy, Rabbi Gershon Mendel Garelik passed away on Shabbat, February 13, after a long illness. He was 88. Rabbi Garelik and his wife, Rebbetzin Bassie, were among the pioneers of the Chabad House movement.

Born in the Soviet Union in 1932 to Rabbi Chaim Meir and Rivka Garelik, Gershon Mendel was educated in the underground Chabad schools, where his father was a teacher. Life under communist rule made Jewish education and religious observance punishable crimes, and fear was a constant in his childhood.

After World War II, he and his family were smuggled out of the USSR and settled in Israel. While his father continued teaching, Gershon Mendel, now a young man, became involved in enrolling young children in religious schools.

As a teenager, Rabbi Garelik visited New York several times, where he met the Rebbe and attended Chasidic gatherings, eventually staying to study for rabbinical ordination in the central Lubavitch yeshivah. In 1958, he married Basya Posner, whose parents directed a Lubavitch day school in Pittsburgh, Pennsylvania. Less than a year later, the Rebbe appointed the young newlyweds to serve as his emissaries to Milan, Italy.

“It was a rallying cry, ‘Go out into the wilderness!’” Rabbi Garelik said of his appointment. At first, it was indeed a wilderness for the young couple, who spoke no Italian and little English. But by that summer, they had established a camp, a kosher eatery, and begun building relationships with the local Jewish community.

With his twinkling eyes, patience, and charisma, Rabbi Garelik touched the hearts of many Jews. “He was always discreet, attentive, with a good word for everyone,” says president of the Milan Jewish community, Milo Hasbani.

The Gareliks soon established a school, women’s programs and adult-education classes. Under their leadership, Chabad in Milan expanded to include six centers and a Jewish publishing house. Today, some forty Chabad representatives serve the city’s ten thousand Jews.

Walker Meghnagi, former president of the Jewish community in Milan, recalls the paucity of Jewish life in the city after World War II: Rabbi Garelik reached people “who were far from religion and brought them close to Jewish observance.” Today, he notes, most of those who attend synagogue in Milan do so as a result of the Gareliks’ efforts. “He was an extremely wise man.”

The lack of Jewish knowledge among Italian Jews meant that Rabbi Garelik spent much of his life, as his father had, teaching. And though eventually he would establish the Rabbinical Center of Europe, found a kosher supervision agency, and direct an extensive network of Chabad centers, he will be remebered by many primarily as a kind, patient instructor. “He introduced us to the teachings of the [Jewish] sages, especially of Hasidism and Maimonides,” wrote Edoardo Fuchs, professor at the Università Cattolica del Sacro Cuore, who studied at the Lubavitch school in Milan as a child. “He was always attentively listening to each of us.”

Related Articles
View All
Shluchim
Celebrating Gains in Jewish Life at Largest Ever Chabad Conference
Record-breaking attendance at this year’s International Conference of Chabad-Lubavitch Emissaries, set to take place this weekend in Brooklyn, New York, highlights a year of continued…
Shluchim
Kenosha, Wisconsin, Gets New Jewish Home in Stunning Turnaround
After three years of meticulous planning fell apart, Rabbi Tzali and Rivkie Wilschanski found a new home for their 118-year-old Jewish community in just three…
Shluchim
Ep. 31: Merging Torah And Science: Lessons From The Life Of Dr. Binyomin Abrams
The 31st episode in its series about the personal struggles and achievements of Chabad representatives
Shluchim
Jewish Community and Culture Comes to Life in Martha’s Vineyard
Ahead of the summer of 2022, the Alperowitzes booked a one-way ticket to the island on the ferry and launched Chabad of Martha’s Vineyard out…
Get Inspiration to your inbox!
Newsletter
Join our weekly newsletter for inspiration and updates
Donate
Find Your Local Chabad Center
Subscribe
|
Log In
Chabad
About Chabad-Lubavitch
About Chabad Lubavitch
The Rebbe
Headquarters
Magazine
Magazine
News
News & Updates
In The Media
Impact
Social and Humanitarian
Social and Humanitarian
Education
Education
Community
Community