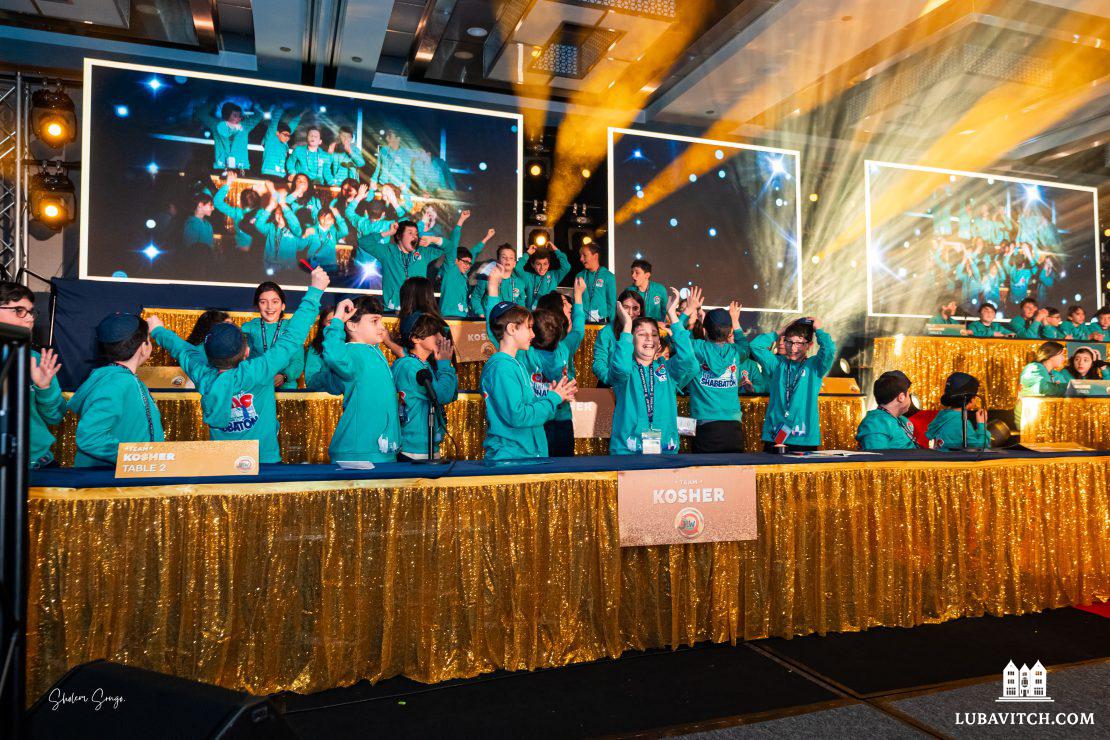 On March 13th, one hundred and ten Jewish schoolchildren marched into a Princeton, New Jersey ballroom for CKids’ annual JewQ International Torah Championship 5782 and took their places on the dais. They had spent months accumulating a considerable body of Jewish knowledge at their local Chabad Hebrew Schools, and now they were ready to show it off.

The children studied hard and passed multiple tests over the school year to qualify for the event. Their devotion was rewarded with a trip to New York, accompanied by their parents, for JewQ’s Shabbaton in Brooklyn. By the time they walked on stage, they had finished a weekend of exciting trips, meaningful meals, and special programming.

Rabbi Zalmy Loewenthal, director of CKids, says it was wonderful to behold. “Each child put an incredible amount of effort into this moment,” he says. “It’s so gratifying to see it all pay off for them.”

Rabbi Mendel Raskin, who runs JewQ International, had put hard work of his own into the event and was delighted to see it succeed. “I’m frankly inspired,” he says. “The children’s mastery of so much Jewish knowledge is incredible.”

Reflecting on bringing her three children to the event from Scottsdale, Arizona, one parent said her “JewQ Champions” are proud to claim this title. “They put a lot into this moment, and they had the most incredible time,” she said. “They’re very proud of their medals.”

Related Articles
View All
Education
I Will Learn It on a Train, I Will Learn It in the Rain
What was once the province of an elite few is now available for free online in every language
Education
Vienna Springs into Action to Take In Ukrainian Students
The Lauder Chabad School in Vienna is going to extreme lengths to accommodate 700 Ukrainian refugee families—free of charge.
Education
Tuesdays With Steve
Berger’s pomegranate trees are so verdant that every student picks his own glossy red fruit to bring home each Rosh Hashanah
Education
Remembering Rebbetzin Chana: Jewish Feminine Role Model
A feminine role model of Jewish activism and proponent of Jewish scholarship, is being remembered today, on her yahrzeit.
Get Inspiration to your inbox!
Newsletter
Join our weekly newsletter for inspiration and updates
Donate
Find Your Local Chabad Center
Subscribe
|
Log In
Chabad
About Chabad-Lubavitch
About Chabad Lubavitch
The Rebbe
Headquarters
Magazine
Magazine
News
News & Updates
In The Media
Impact
Social and Humanitarian
Social and Humanitarian
Education
Education
Community
Community