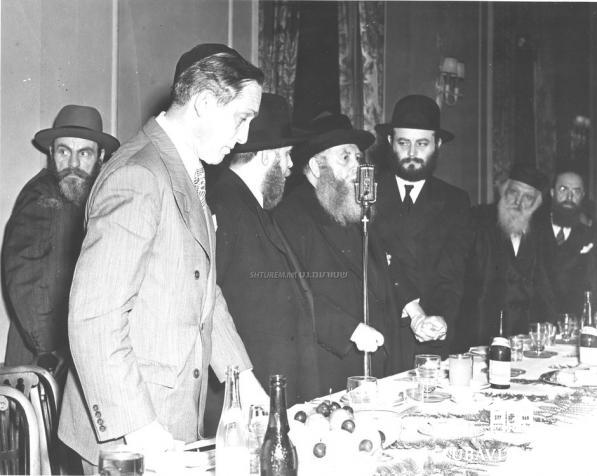 Editor’s Note: As is true of every close-knit cultural group that enjoys a particular set of customs and habits, English-language conversations among Chabad Chasidim are typically peppered with terms indigenous to its culture.

In this column, Shmuel Lobenstein traces Chasidic terms to their origins in early periods and places, and looks at how the word’s usage evolved over time eventually becoming part of Chabad’s vernacular.

The term “mekusher” examined here, will be the subject of many a conversation at farbrengens (Chasidic get-togethers) in Jewish communities honoring 10 Shevat.

Some words don’t translate well from Hebrew to English, while others translate seamlessly but gain unintended meaning. The word mekusher is an example of the latter. “Oh, Berel is a mekusher,” one might say with admiration. We laymen fish out our dictionaries and find the exact translation: “Berel is a connected person.” Lovely, we think. He has his business contacts, his professional network. He has, as the Israelis would say, protektzia.

In reality, a mekusher is more likely to be pondering his bond with the Rebbe than cutting deals in smoke-filled back rooms. It is a title aspired to by Chasidim, not lobbyists and lawyers. If you were to walk into a fabrengen in full swing, you might behold a Chasid clasp his fellow and urge him to be a mekusher, or you might hear the lament of those who have failed in their mission to be one. Its cognate, hiskashrus (connectedness or connectivity) is even more widely used. Hiskashrus is the gold standard of Chasidic life, the currency that invests its bearer deeper and deeper into the Chasidic market. It is what Chasidic kids ask for as Chanukah presents (not really, but they should); what people in their older years wish they had built up in their youth. A mekusher has hiskashrus, and lucky is he.

Mekusher entered common usage only relatively recently, but the concept of a mekusher has a long pedigree that dates back to the Talmud era. The Sages were perplexed by a verse in the Torah that urges the Jewish people to cleave to G-d. How, they asked, might a mere mortal do that? So they explained it this way: cleave to Torah scholars, and through them, you will cleave to G-d. A layman who cannot represent himself in court will hire a lawyer to act on his behalf. A patient reluctant to operate on himself will engage a doctor to perform the surgery instead. And so, the idea goes, a person unskilled in matters of G-d will hire a G-d-specialist to represent his interests. Thus, the idea of d’veikus was born, and the concept was framed in those terms throughout centuries of Jewish writings.

Maimonides placed such a premium on this idea that he classified it as one of the 613 commandments. He also gave practical directions as to how exactly one should cling to Torah scholars: by “being with them in all possible ways of friendship, such as eating, drinking and doing business,” and by emulating them and looking at life from their perspective. This last element—looking at life through the perspective of a Torah sage—has inspired a debate which continues to rage today in non-Chasidic circles.

At one end of the spectrum, there are those who maintain that by dint of his prodigious Torah knowledge, the sage has the ability to advise his followers on every aspect of life, be it political, medical or financial. If Torah is the blueprint for our universe, those who have synced their world outlook with the Torah’s are well positioned to provide guidance on any matter on earth. Others, though, believe that reliance on Torah sages and the commandment to cling to them should be limited to ecclesiastical matters.

In Chasidism, dveikus became hiskashrus and the medavek (the one who clings) became the mekusher. That shift was not merely semantic, but symbolic of the major shift effected by the Baal Shem Tov and his teachings. The old conception of d’veikus was something like Newton’s cradle; the layman would get in touch with the Torah sage, who could then get in touch with G-d. One clings to the other which clings to the other. A mekusher, in contrast, is connected to his Rebbe, linked and interlocked like a series of pipes.

One of the most prominent features of the Chasidic movement is the tzadik, the Rebbe. In the sprawling network formed by the Jewish people, stretching across continents and classes, there is a central node where all resources are pooled and from where it is distributed. The most important resource is the spirit of life that flows from G-d and animates humanity. That central node is the tzadik, the point of contact between G-d and His people. Realizing how powerful a tzadik is, Chasidim made it a priority to broaden their connection to a tzadik in every way possible. These efforts became known as hiskashrus, and the goal was to be a mekusher.

Drawing on the old d’veikus model, Chasidism has established some guidelines to developing hiskashrus. An example of this is for a person to visit their Rebbe during the festivals, a practice which dates back hundreds of years. Across the different Chasidic sects, there are countless different ways a Chasid might “connect” to his Rebbe. The Lubavitcher Rebbes were very clear about how they thought the aspiring mekusher is to achieve his goals: by studying the Torah teachings and following the directives of the Rebbe. This, they insisted, was the surest and most direct method of linking to the Rebbe and establishing a connection.