Who Was the Lubavitcher Rebbe’s Father? 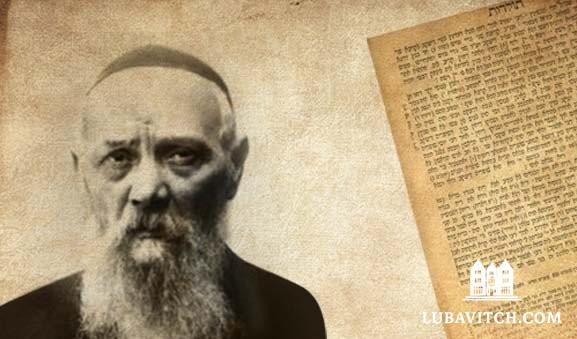 (lubavitch.com) Every now and then, the world is blessed with a leader of such rare character as to inspire a following that seems to outlive his physical lifespan. What makes these rarefied individuals stand apart also makes them a subject of endless curiosity.

Today, 14 years after the passing of the Rebbe, as his lifelong project of Jewish revival continues to grow at an astonishing pace, interest in the Rebbe’s background grows too.

Who was the Rebbe’s father?

Now, a biography of Rabbi Levi Yitzchak Schneerson (1878-1944) by Naftali Gottleib, gives readers insight to the life and trials of a kabbalist and communal leader—the Rabbi of Yekatrinoslav, Ukraine—an exemplar of courage in the face of a forbidding communist milieu.

In Rabbi, Mystic, Leader, The Life and Times of Rabbi Levi Yitzchak Schneerson, (Kehot Publication Society, translated from the Hebrew by Rabbi Elchonon Leshes) readers get a glimpse of the role model that the young Menachem Mendel saw growing up in the home of his father. Whether it was procuring funds for clandestine yeshivas, securing government authorization for the production of Passover matzah under his supervision, or performing secret weddings and circumcisions, Rabbi Levi Yitzchak infused his fellow Jews with fortitude in utterly despairing times.

Brimming with details documented only after the fall of the Soviet Union, the author heartbreakingly portrays Rabbi Levi Yitzchak’s pre-Passover arrest and exile to the remote village of Chi’illi, Kazakhstan, for his “counterrevolutionary activities.”

Under the most grueling living conditions, plagued by hunger, sickness and little hope of release, we see the portrait of the inner man—the man who lived each moment by the dictates of his soul and his faith in his Creator.

Aided by the indomitable spirit of his life-long partner, Rebbetzin Chana, Rabbi Levi Yitzchak was able to record his novel Torah insights with natural ink manufactured by the Rebbetzin from grass and herbs she gathered in the fields.

As the foremost Jewish religious leader to remain in the Soviet Union, Rabbi Levi Yitzchak stood in the breech at mortal risk to keep Judaism vibrant and alive in Communist Russia.

Rabbi Levi Yitzchak died in exile, in the remote Kazakhstan backwater. Yet even under the brutal circumstances of his exile, he was sought out by exiles, refugees and local people who flocked to him for advice, and found encouragement and inspiration in the noble soul of this spiritual giant.

In referring to his father, the Lubavitcher Rebbe often alluded to his personal correspondence with him on topics of kabbalah and Jewish law. Rabbi Levi Yitzchak developed a novel approach to understanding classic texts, with meticulous attention to syntax, and style. His oeuvre includes kabbalistic commentary and notes on the Bible, the Talmud, Zohar, Tanya and other Jewish classic texts.

Related Articles
View All
History
The Tzfat Kabbalists Collection
The rare manuscripts department at Chabad’s Central Library and Archive Center contains many original manuscripts penned by the great Kabbalists. Rabbi Moshe Cordevero (1482-1570), renowned…
History
Chabad Marks Birthday of Movement’s Founder
On 18 Elul, we celebrate the birthday of Rabbi Schneur Zalman of Liadi, founder of the Chabad-Lubavitch movement.
History
Remembering the Rebbe’s Father
Today in Jewish History, the passing of Rabbi Levi Yitzchak Levi Yitzchak Schneerson (1878-1944), father of the Lubavitcher Rebbe.
History
Tisha B’Av: Remembering for a Better Future
This evening, Jews around the world will remove their shoes, begin a 25-hour fast, and sit low on the floor in the manner of mourners.
Get Inspiration to your inbox!
Newsletter
Join our weekly newsletter for inspiration and updates
Donate
Find Your Local Chabad Center
Subscribe
|
Log In
Chabad
About Chabad-Lubavitch
About Chabad Lubavitch
The Rebbe
Headquarters
Magazine
Magazine
News
News & Updates
In The Media
Impact
Social and Humanitarian
Social and Humanitarian
Education
Education
Community
Community