When Politics and Religion Don’t Mix: Chabad at Oberlin College

Talking about Judaism, Israel, and anti-Semitism on one of America’s most liberal campuses 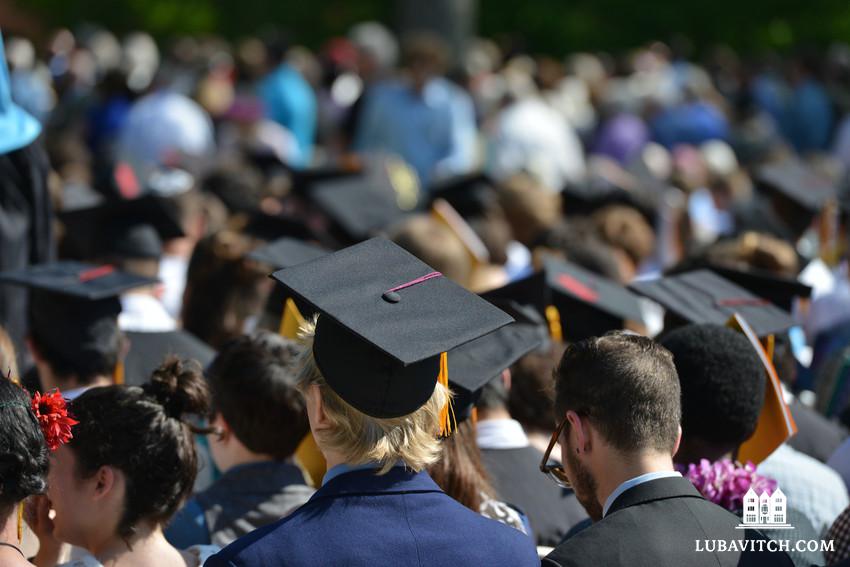 This October, fliers calling for an end to “Jewish privilege” appeared all over the Oberlin College campus. It was only the latest such incident at the school, which has become so inured to them that its administration announced in November it would no longer notify students about offensive fliers, as it had done in the past. The fliers represent one voice in a larger dialogue going on at the college, which has drawn attention as a hotbed of anti-Israel activism, and where roughly one third of the students are Jewish.

Oberlin made national headlines in the spring of 2016, when Joy Karega, an assistant professor of composition and rhetoric, wrote on Facebook that ISIS was a creation of the CIA and the Mossad. She also posted a meme with a picture of the banker Jacob Rothschild next to the words, “We own your news, the media, your oil and your government.” The school’s president initially defended Karega’s academic freedom, but in November, the board stepped in and fired her. A week later, the home of a Jewish professor was vandalized, and a note left under the mezuzah with the words “Gas Jew Die” spelled out in letters cut from newspapers.

Promoting Jewish observance in that kind of environment might seem a daunting task, but Rabbi Shlomo and Devorah Elkan are not intimidated. Chabad representatives to the Ohio college town since 2010, they would get to know Oberlin’s long history of progressive politics on the job. The learning curve was steep. Rabbi Shlomo recalls one of his first forays onto campus: “It was the first day of Sukkot and I was out, like a good Chabad campus rabbi, with my lulav and etrog. I turned a corner and bumped into a mass of students protesting, with police cordons and everything.” It turned out that Republican political operative Karl Rove was speaking. When the speech was over, Rabbi Shlomo says, a group of students attempted a citizen’s arrest of Rove for “crimes against humanity.” 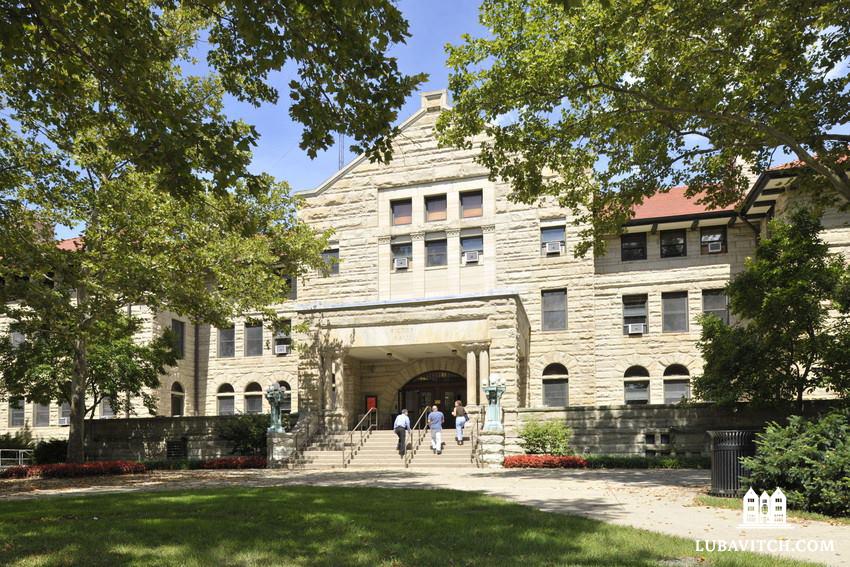 After that first culture shock, the Elkans adapted quickly to their new environment. In addition to Shabbat dinners and Torah classes, they developed programs like “How Do You Jew?” an arts collective that encourages students and faculty to express their Jewish identity through the spoken word, photography, and music (Oberlin is famous for its conservatory). The rabbi also hosts a radio program on the college station called “Nasal Gazing,” a Jewish take on the stereotype of Obies as navel-gazers. In each episode, he talks in depth with one Jewish student about their experience at the college and what their concerns are. Not surprisingly, the conversation often turns to Israel and anti-Semitism.

It’s not always a comfortable discussion, but it’s certainly not one the Elkans can avoid. “We engage daily with students who are anti-Israel,” says Rabbi Shlomo. “We’re here to serve the Jewish people regardless of any political affiliation.”

Senior Ari Rosenblum, 21, began attending Shabbat dinners at the Chabad House during his freshman year. The psychology and politics major grew up Reform and participated in Jewish youth groups throughout high school, but never considered himself a Zionist. He thinks that some of the discourse around Israel on campus is “very misguided.”

“It’s almost become a leftist version of the Elders of Zion conspiracy. They don’t realize that they’re perpetuating tropes that have contributed to the oppression of Jewish people.”

Karega was an important advisor to the Black Lives Matter group on campus, and many students were upset when she was fired. “There was a time on campus when either you were with the Jews or you were with the black students,” says Rosenblum, “which was completely unnecessary, especially because we all had the same opinions.” He says Rabbi Shlomo addressed the issue in a way that made sense. “I remember around the time of [the protests in] Ferguson, he said some really good stuff about how it’s our responsibility as Jews to fight oppression. Not only is it commanded of us, but because of our history, we need to stand in solidarity with oppressed groups.” 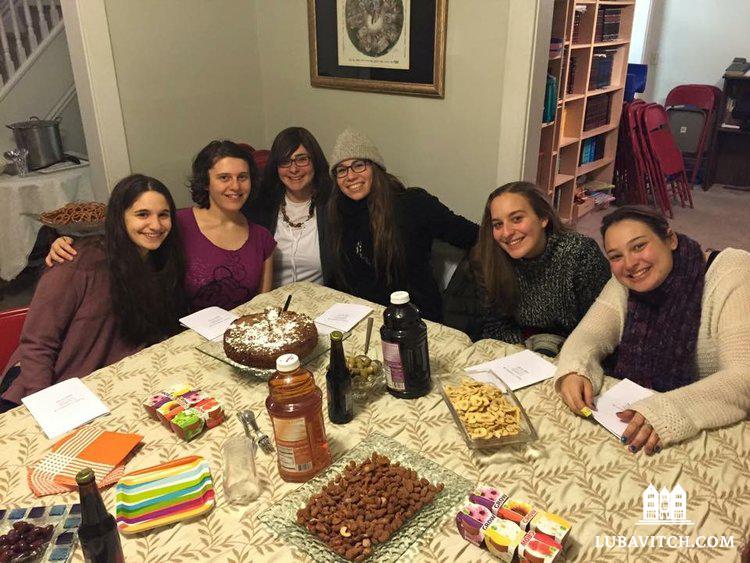 Devorah Elkan studies Torah with young women on campus. In this safe space, politics don’t have credence. (Chabad of Oberlin)

The best way to get past the political powder kegs, the Elkans have found, is to build individual relationships. The rabbi recalled one Jewish student who was active in the Boycott, Sanctions and Divestment (BDS) movement on campus. Oberlin allows students to spend the month of January on an independent project, and this student chose to go to Israel, where he interviewed Jews and Arabs about where they get their news and how it shapes their opinions. The Elkans helped him with resources and contacts in Israel. “We spoke to him a lot,” says Rabbi Shlomo. “I don’t know if his views changed, but he pulled away from the [anti-Israel] campus organizations, I think as a result of real, critical thought.”

Whenever they can, the couple encourages students to view their heritage as a source of spiritual and cultural riches, rather than a morally fraught burden to be defended or renounced. “We want them to see that there’s all this wealth in the text and the practice, which is way more than what modern society has defined it as,” Devorah says. She teaches a course called “More than Matzo Balls,” which uses the traditional foods of different Jewish ethnic groups as a lens to explore the holidays and kosher laws.

Food seems to be something everyone can agree on. Nina Harris, 19, says she has had some of her most memorable conversations with the Elkans while she was hanging out in their kitchen. “They’re always looking for opportunities to expand our understanding of Judaism.” The sophomore recalls a conversation with Devorah about the Jewish attitude toward piercings and tattoos that happened while she helped clean up after one of the children’s birthday parties. “Even in that casual setting, she was excited to help us learn more,” Harris says. “We asked these questions, and she was happy to share, but it wasn’t something that came from her. They meet people where they’re at.”

Harris, whose primary Jewish experience before Oberlin happened at summer camp, now co-chairs the Chabad student board and is a member of the college’s kosher-halal co-op. “I think I’m definitely more comfortable being outwardly Jewish on campus.” she says. “I don’t know if that changed because of the Elkans.” 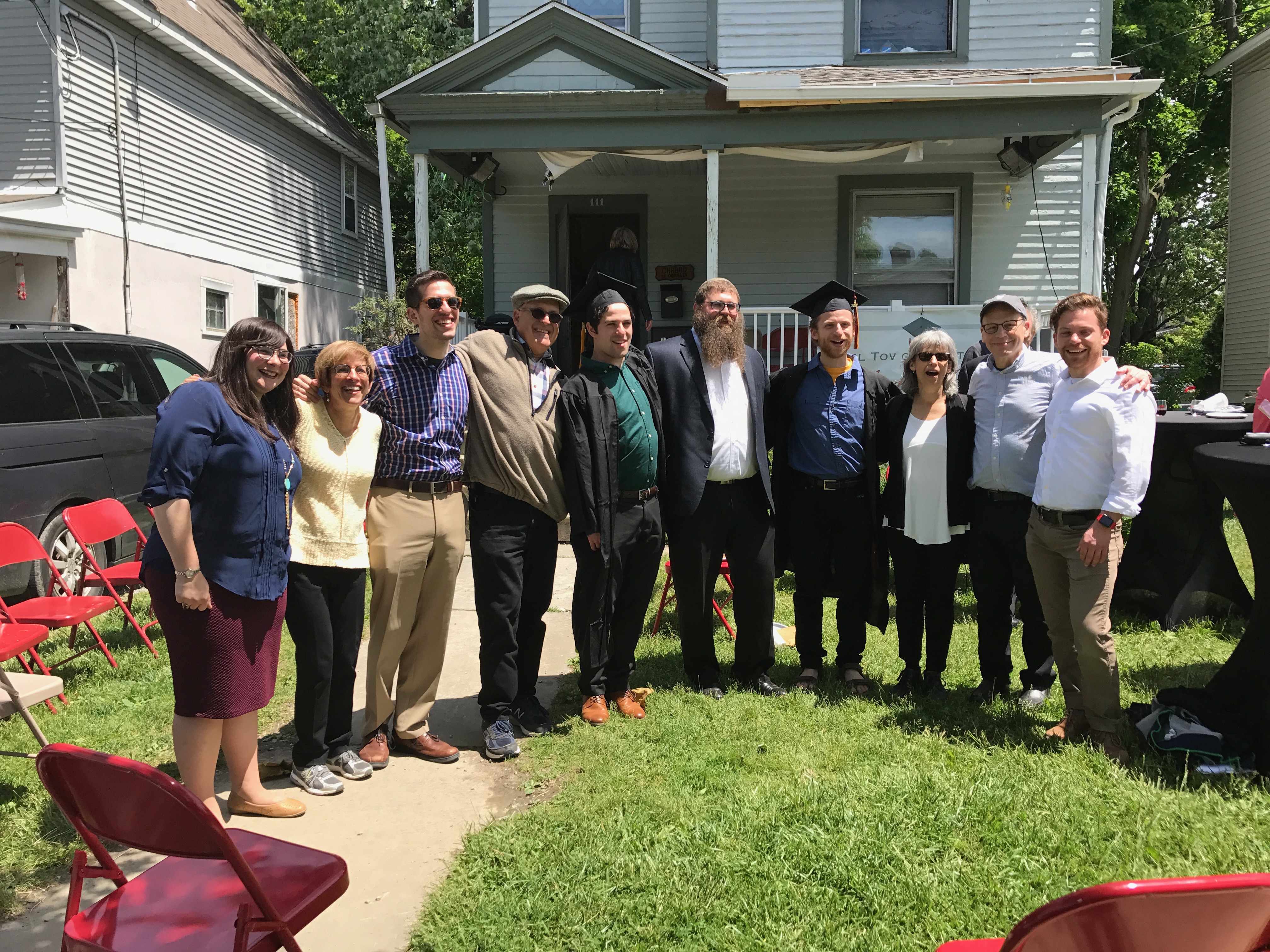 Shlomo and Devorah Elkan with parents and students at a graduation party. (Chabad of Oberlin)

The Elkans do their best to make it clear to students that they can safely disagree on politics, even as regards Israel, and still participate in Jewish life. “We emphasize that being Jewish doesn’t mean you cannot disagree with Israeli government policies,” says Devorah, who grew up in Israel. “But your Jewish identity can be linked to the heritage and history of the land.”

Devorah knows a lot about that history, having worked as a tour guide in Israel before she married. She acknowledges that “Israel is a huge part of the core and essence of who I am,” and that “being on a campus like Oberlin’s leads to some inner tumult.” Even if they don’t see eye to eye on all the issues, students can sense the strength of her family’s convictions, and they respect them, she says. “We’re respectful and non-judgmental, but we know what we stand for, and the students appreciate that honesty much more than the masks and fluff that people put on to appease them.”

On their own turf, the couple keeps things as non-political as possible. “We have a rule at our Shabbos table,” Devorah says, somewhat facetiously. “We can talk about anything except politics and religion.” The warm family atmosphere seems to be a relief for everyone. Freshman Caleb Knapp attends Shabbat dinners at the Chabad House most weeks. “We usually talk about something that happened on campus, or how we’re feeling,” he says. “Rabbi Shlomo just wants us to feel good about ourselves and about Oberlin. He’d be willing to talk to you about anything.”

For to find out more about Chabad of Oberlin, visit http://www.jewishoberlin.com/.