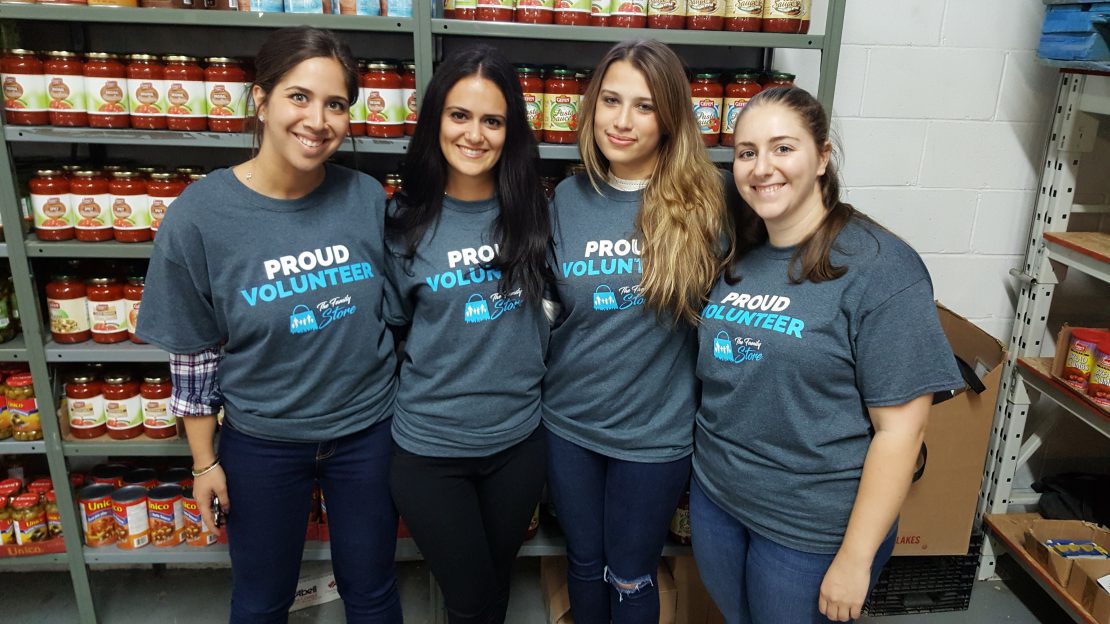 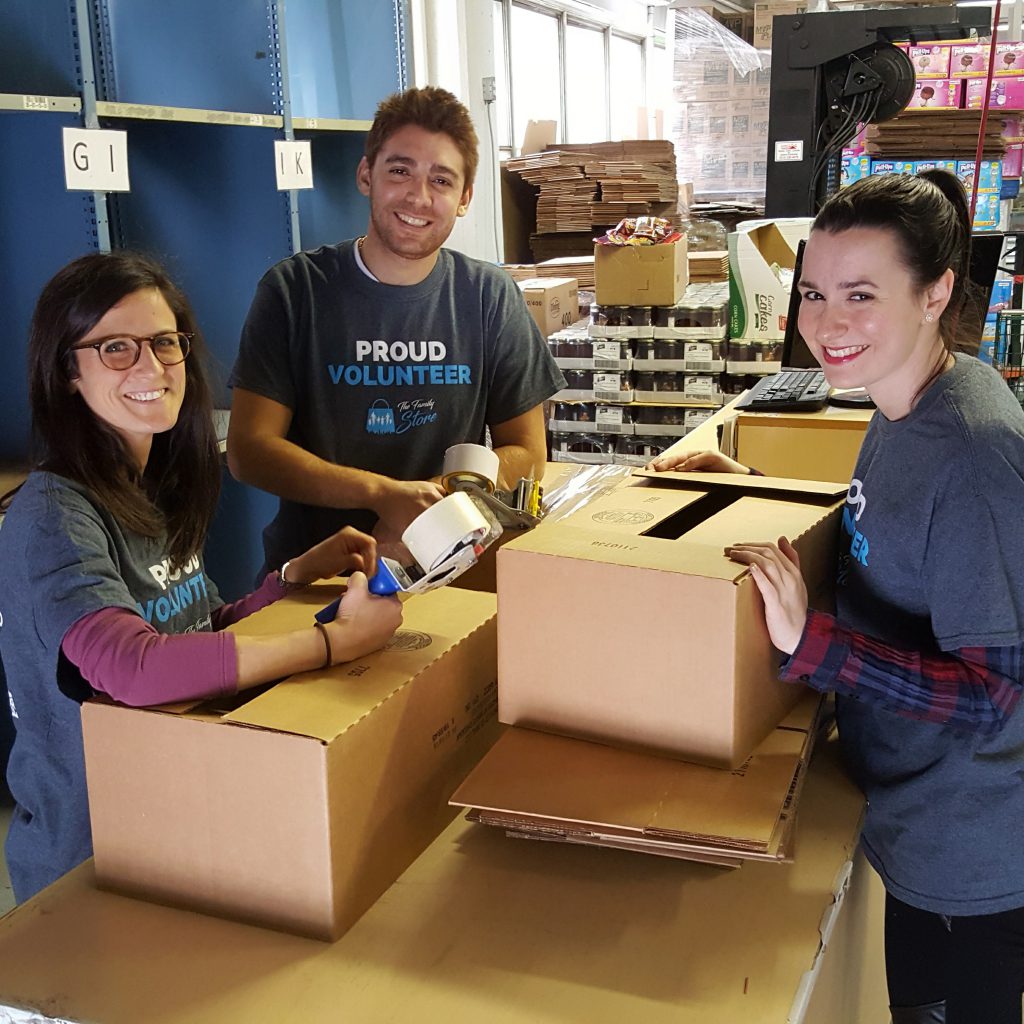 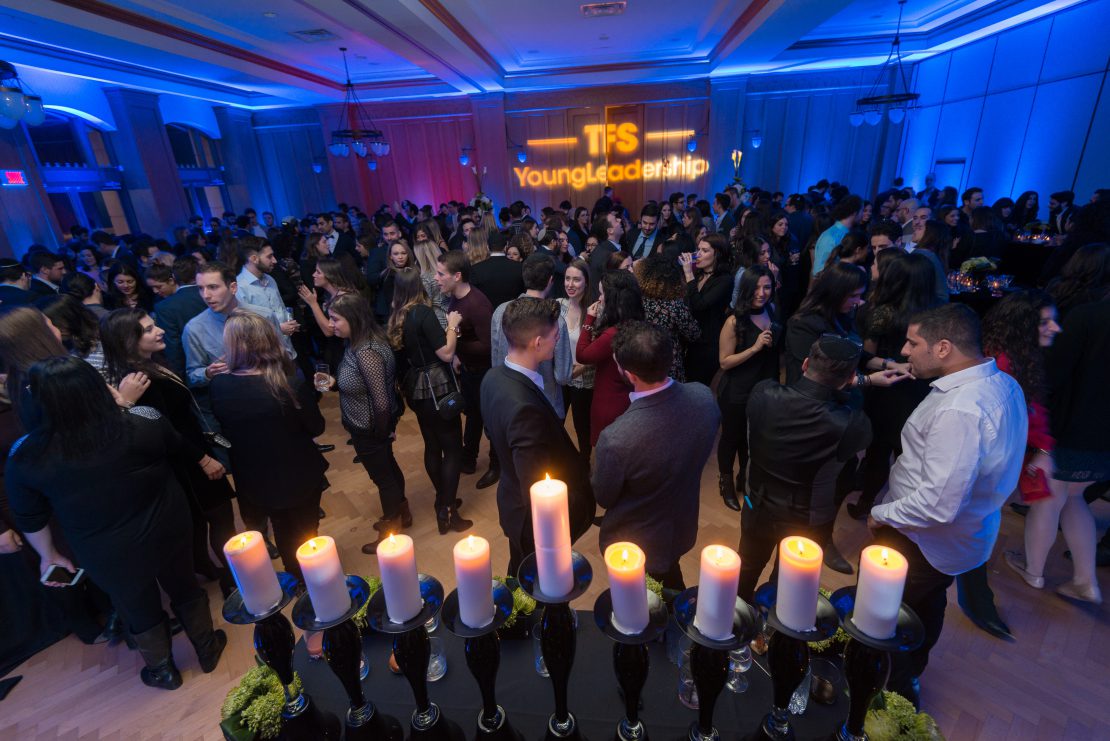 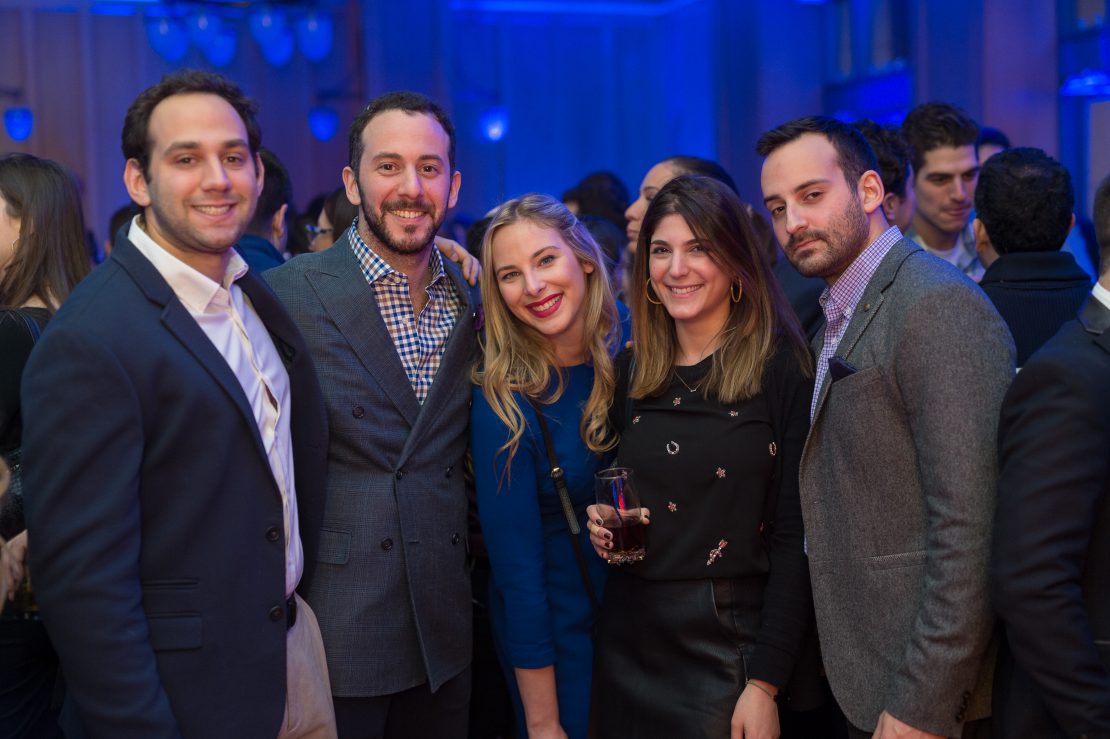 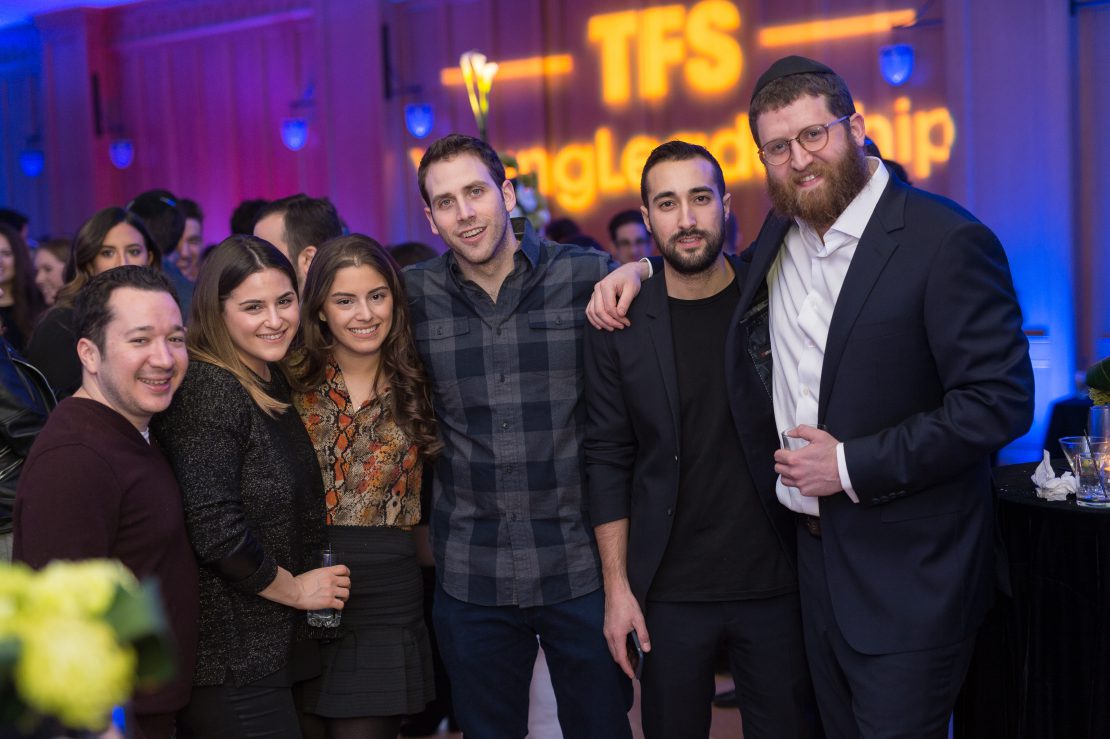 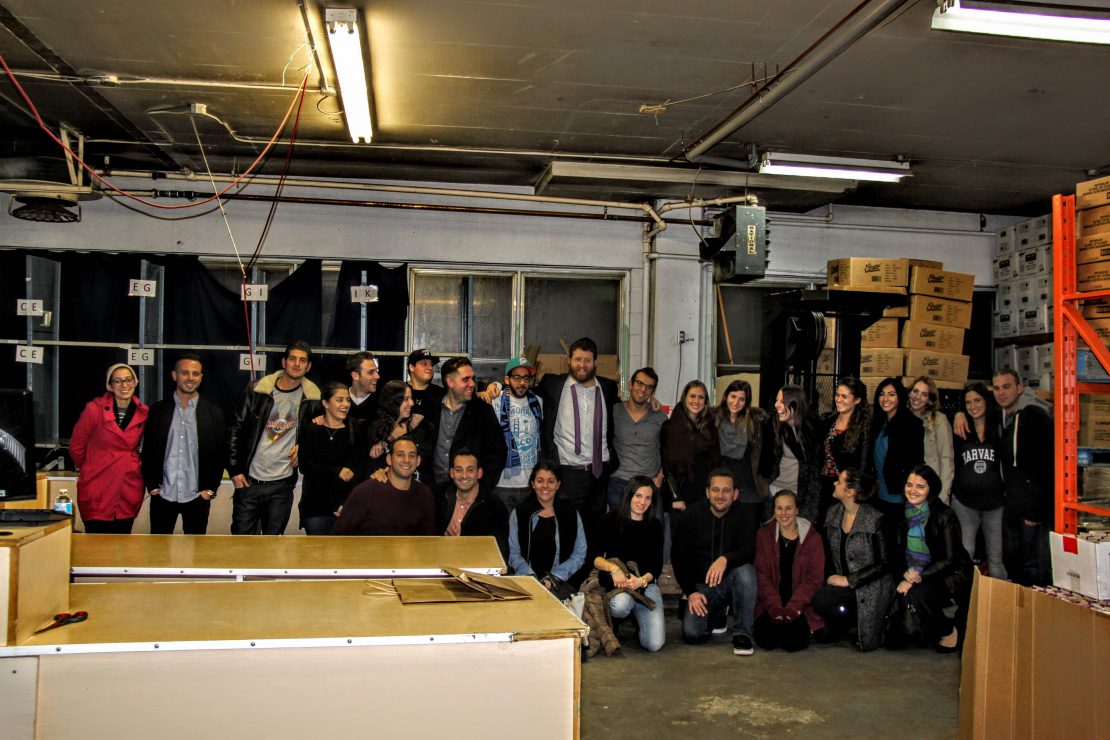 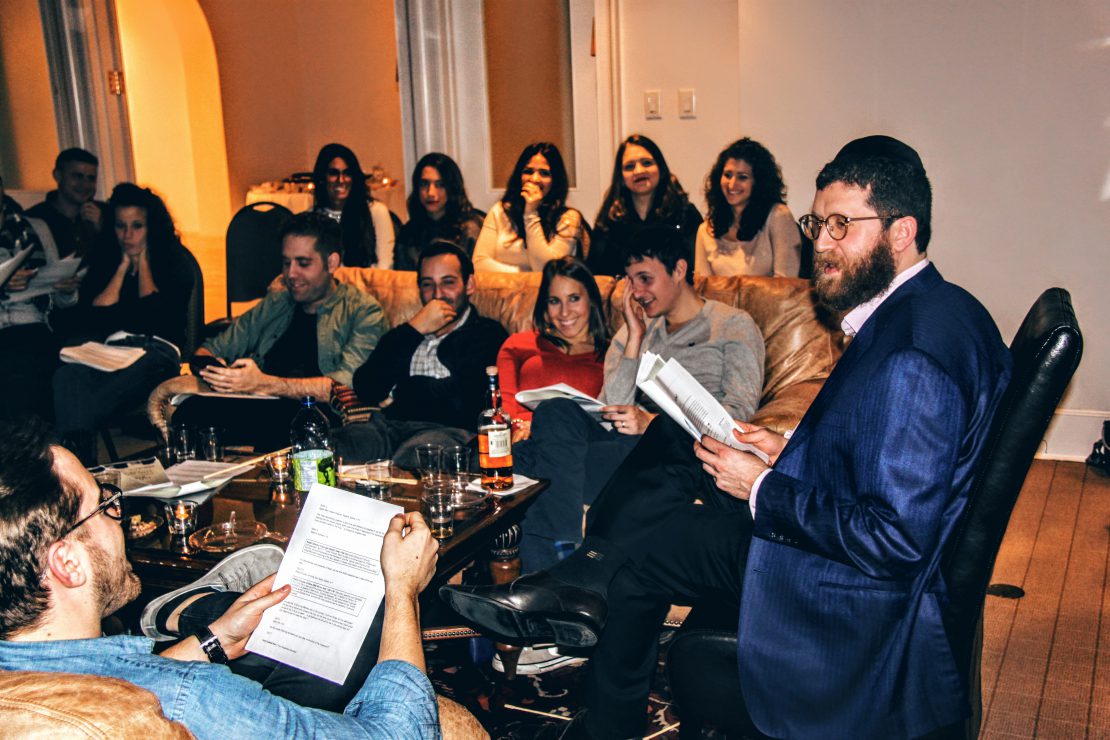 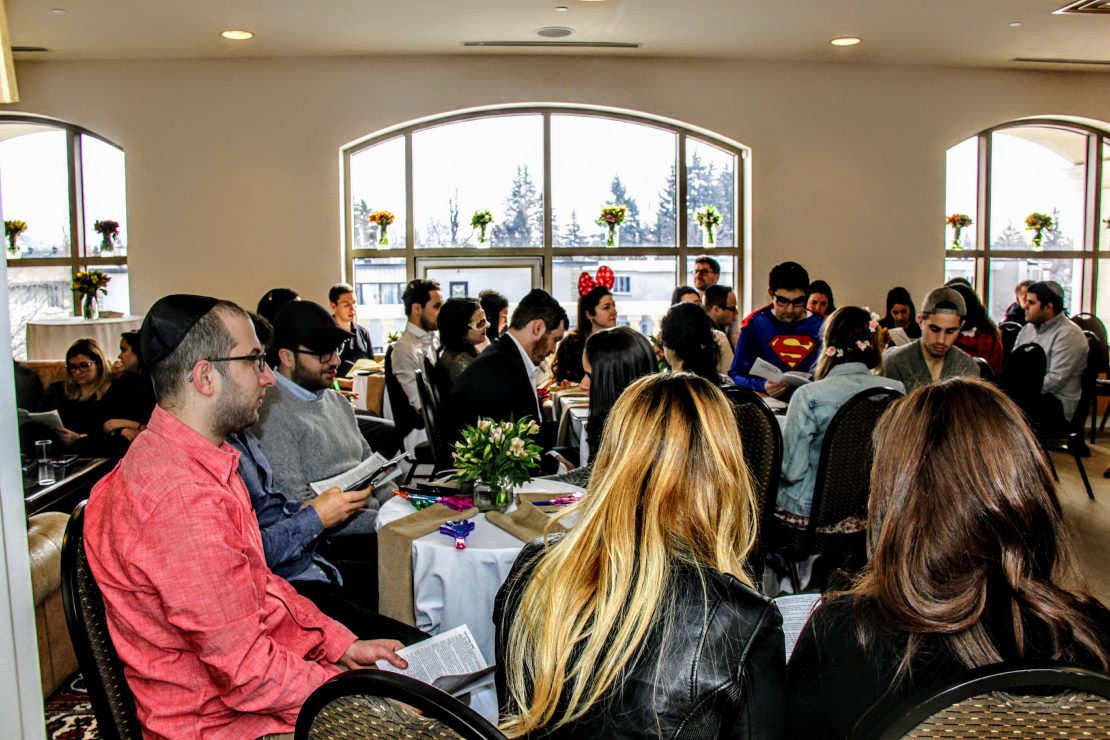 All Photos
Go to Article
What’s Your Hunger?

“It was at Cinq à Siddur, Friday night services and dinner, and I was chatting with friends,” recalls Ben Mazer. “A woman sat next to me but we didn’t really talk. After Shabbat, she friended me on Facebook and since then, we have volunteered regularly at The Family Store.”

A members-only operation like Costco, The Family Store sells subsidized groceries and home goods to over 500 Jewish families. In a city where a bottle of kosher milk costs five dollars, even working individuals in Montreal struggle to put food on the table.

“We used to run a food bank for the High Holidays and Pesach,” explains Rabbi Yossi Kessler who founded and directs the store with Rabbi Itchy Treitel. “But we weren’t reaching the mainstream people who really needed help, the working-class. Nine years ago, we opened the store with the help of donors and discounts from suppliers. I was walking in an aisle soon after when I overheard a young boy excitedly tell his mother, ‘now we can have cereal and milk at our house!’ We are meeting a real need here.”

Evan Feldman, president of Federation CJA, concurs. “The Family Store provides a dignified shopping experience to those in need and an opportunity for caring community individuals to offer support (in the highest form of tzedaka) anonymously while providing engagement opportunities for the next generation. It is a jewel in the community.”

The store runs on the generosity of local donors and 41 suppliers across North America who steeply discount their prices. Customers apply with a letter from a rabbi or social worker attesting to their need. All store-based employees work regular shifts on a volunteer basis. A project of the Montreal Torah Center and the Chai Center, the grocery store aims to provide two staples: dinner and dignity.

“There’s giving and there’s giving the right way,” believes donor Dan Wise, CEO of CroJack Inc. “The Family Store is a marvel of modern humanism that allows each and every shopper to get a huge price break on basic groceries. In this way, The Family Store helps its customers provide for their families while maintaining their dignity. I believe this platform is an incredible template for giving because there’s no taking!”

In the decade since those first groceries hit the shelves, the store has begun to feed another hunger: a sense of belonging and community for hundreds of young volunteers who stock its shelves, ring up purchases, and pack boxes into cars on cold Montreal nights.

That’s where Cinq à Siddur (a wordplay on the French term for “happy hour”) and a dozen other programs kick in. Rabbi Getzy Markowitz, who directs development at The Family Store, founded the Young Leadership community for some 500 Jewish young professionals in Quebec’s most populous city. Many of the young professionals and university students first join his volunteering crew at the store: they bond over refreshments and repartee in the staff lounge. Then they look for more Jewish engagement.

“Today’s young adult has replaced car-ownership with Uber membership, office lease with shared workspace, and a hotel with an Airbnb,” explains Markowitz. “Millennials want to change the world and innovate. They are attracted to The Family Store’s fresh approach in providing food security. It’s an entrepreneurial social justice platform.”

When they come to give, they ultimately gain. Markowitz and his wife Shaina launched a variety of innovative programs to attract this vibrant section of the Jewish community. One of them, Soulmates, offers a chance for young couples to study Torah together. At Books and Bagels, men wrap tefillin and take in a short text-based class before work. A monthly Torah cocktail hour attracts dozens to its no-holds-barred Jewish-themed discussions. Of course there is also Shabbat and holidays: Drinks and Dreidels is the largest Chanukah event for young professionals in Montreal.

Four years ago, while she was a student at the University of Concordia, a friend encouraged Kayle Suissa to volunteer at The Family Store. She’s since inspired others to join her there for a weekly stint at the registers, and they have brought their own friends as well.

”What I’m really surprised about, what I really appreciate, is that people who have never before stepped into a synagogue, who would never go if you paid them, are coming to classes and services,” says Suissa.

“The Family Store is special. They don’t focus on getting people through the door, filling up the room,” she continues. “It’s more about engagement and community building.”

Mazer, the enthusiastic Cinq à Siddur participant, squeezes in volunteer shifts whenever he can. But attending social and study gatherings is non-negotiable.

“People come to events who haven’t been to a Jewish function since their bar mitzvah a decade ago,” he says. “The rabbi finds people from the boonies, in places you wouldn’t ever think Jews live. It’s super important for Jews to get together.”

The woman he met at Cinq à Siddur last year? They got engaged this March in the same room at the Chabad center where they first met. Before the proposal, Mazer and Markowitz designed the space to mimic the warm, welcoming feel it had at the couple’s first encounter, candles and flowers included. “He made Judaism a part of our lives,” Mazer says. “That’s why we needed to celebrate here.”

To learn more about The Family Store, visit Facebook.com/TFSMTL. 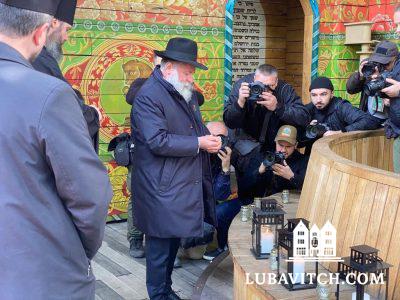