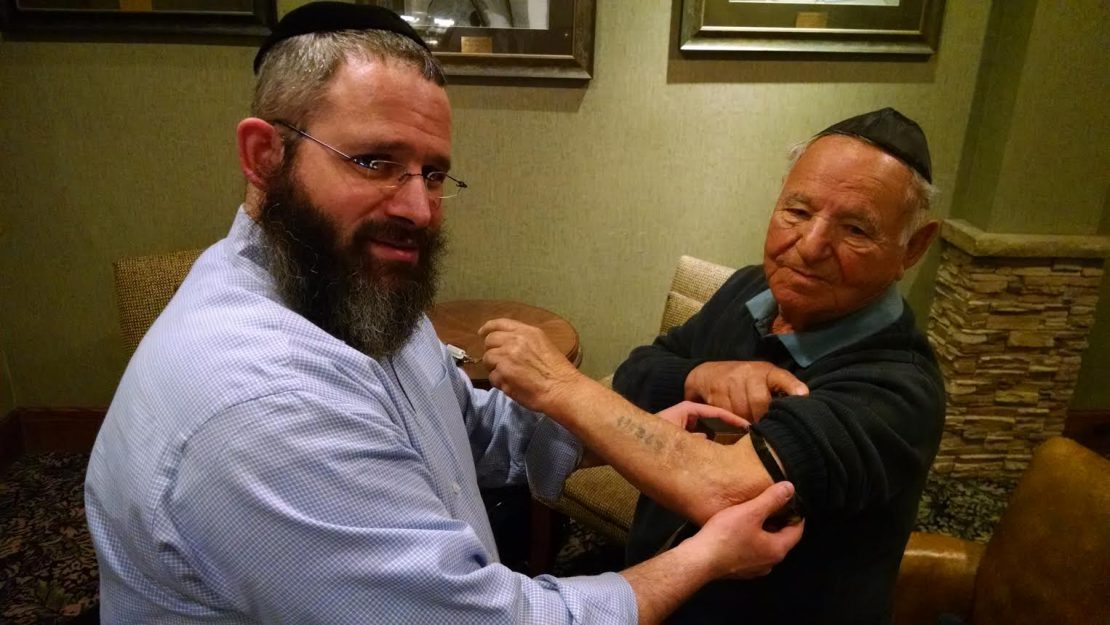 We salute them when we see them. We thank them for their service. Those of us at home appreciate the soldiers who give up basic comforts to protect us. The medals on a soldier’s uniform represent the times that they were prepared to sacrifice their life for someone else. We admire their courage and thank them for their bravery.

Albert Rosa, has five such medals, including an honorable purple heart. 18 years ago, after 55 years of silence, he finally opened up about his time in Auschwitz.

His story, filled with film-like drama and fear, moved his audience  at the annual Holocaust Awareness Week at Colorado State University last week. After escaping a death march, Rosa discovered U.S army soldiers nearby and joined them in their fight against the Nazis, vowing to avenge his family’s murder. It was this fight that earned him the five medals.

Rabbi Yerachmiel Gorelik and his wife Devorah Leah are the directors of the Rohr Chabad Jewish Center of Northern Colorado and Colorado State University in Fort Collins, Colo. They arranged to bring Rosa to the campus, hoping that his story will help students reflect on themes of identity, responsibility and community.