Victim of Virginia Tech Shooting To Be Flown to Israel Wednesday 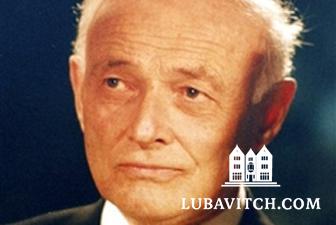 Professor Liviu Librescu (1930-2007)
Photo Credit: In this photo released by the Librescu family in Israel, Tuesday, April 17, 2007, Romanian-born lecturer Liviu Librescu is seen in an undated photo. The Israeli lecturer killed in the Virginia Tech massacre was a Holocaust survivor who later escaped from Communist Romania. Relatives said Librescu, an internationally respected aeronautics engineer and a lecturer at Virginia Tech for 20 years, saved the lives of several students by blocking the gunman before he was gunned down in Monday's shooting, which coincided with Israel's Holocaust remembrance day. (AP Photo/Librescu Family, ho) **NO SALES ** ISRAEL OUT **

Thus far, only one of the victims of the shooting at Virginia Tech, was confirmed Jewish. Chabad representatives were on call today, ensuring that he receive a traditional Jewish burial.

Beginning with Tuesday's convocation at Virginia Tech, faculty, family and others connected to those killed in Monday's massacre at the university, will start a process of grieving. Memorial services, wakes and funerals—some that may well run into next week—will mark the days and weeks to come. And this only after the medical examiner’s office completes its work, which will take days.

But the practices are very different in Judaism, which has stringent laws regarding the handling of a body from the moment of death. The deceased is not to be left unguarded, autopsies are to be avoided or minimally invasive, and the body must be laid to rest quickly. It’s a ritual that was denied to Holocaust victims, who only earlier this week were remembered at Holocaust memorials around the world.

So when Rabbi Yossel Kranz, Chabad representative to the Virginias was notified that there was a Jewish individual among the dead, he drove out to the coroner's office in Roanoke to make arrangements so that none of the Jewish standards are compromised in the case of 76 year-old Virginia Tech Professor Liviu Librescu.

Himself a Holocaust survivor from Romania, and now recognized for his heroism during the shooting, Librescu barricaded his classroom door with his own body to allow students to escape from the windows until he himself was killed.

“At a time like this, it’s very difficult for the family to stay on top of the many details that are involved,” explained Rabbi Kranz. Indeed, according to Rabbi Kranz, Ari Librescu, the professor’s son living in Israel, was getting ready to get on a plane for Virginia when Kranz caught him in the nick of time and told him to stay put.

“Ari was told by the medical examiner’s office that his father’s body would not be released  before Friday,” says Rabbi Kranz,  and only then, would plans to fly the body to Israel be made.

"We couldn't let the burial be delayed for so long," explains Rabbi Kranz, who worked from the very beginning in close coordination with Rabbi Isaac Lieder from Zaka. In keeping with the wishes of Mrs. Marlena Librescu and her sons, to honor the professor with a proper Jewish burial, Kranz worked feverishly throughout the day cutting through many delaying factors and finally calling on Congressman Eric Cantor’s office to expedite matters, to gain release of the body by Tuesday afternoon.

With Rabbi Lieder and Zaka, arrangements were made so that the body would be flown to Israel by Wednesday, said Kranz, visibly distraught by the carnage he saw while keeping vigil over the deceased.

Joining him was Rabbi Shlomo Mayer of Chabad of UVA, Charlottesville, who is also Romanian-born. Tuesday evening, the rabbis visited with Mrs. Librescu at a service at the JCC in Blacksburg.

Attending to the details and logistics of the day made it impossible for the rabbis to participate at the convocation at Virginia Tech. But the rabbis will be at the university reaching out to students in their grief all day Wednesday.