Today in Jewish History: The Eightieth Anniversary of the Lubavitcher Rebbe’s Arrival in America 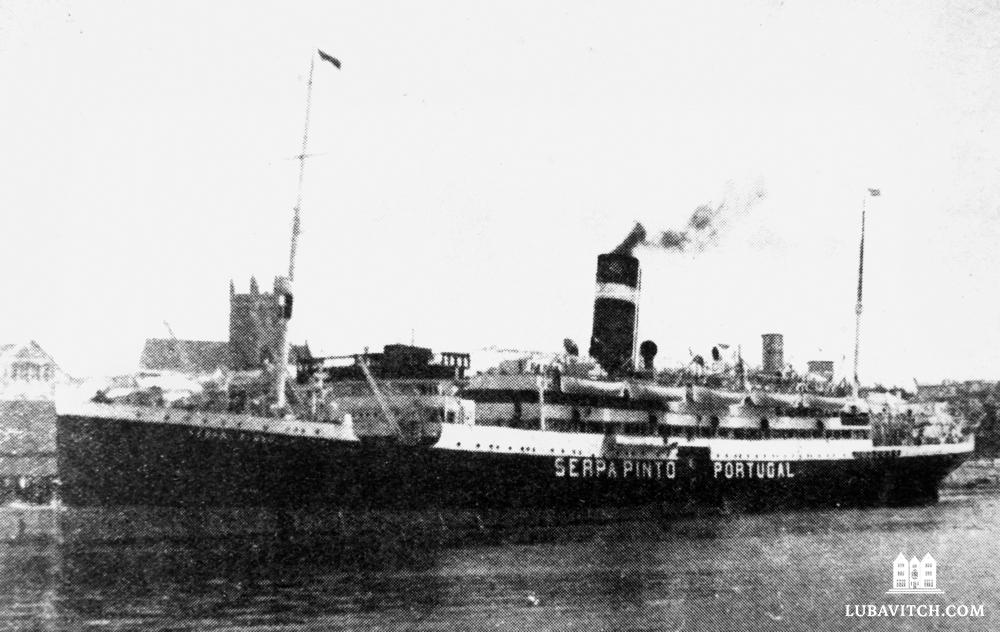 Today is the eightieth anniversary of the safe arrival of the Lubavitcher Rebbe, Rabbi Menachem Mendel Schneerson and his wife, Rebbetzin Chaya Mushka, on the shores of America after escaping from war-torn Europe.

The couple arrived in Staten Island on June 23, 1941 — Sivan 28, 5701. They had spent over a year on the run after fleeing Nazi-occupied Paris, and secured safe passage to the New World on the Portuguese SS Serpa Pinto. After arriving in New York, they joined the Previous Rebbe, Rabbi Yosef Yitzchak Schneerson, in the newly established seat of Chabad life in Brooklyn, New York. Rabbi Menachem Mendel was immediately appointed to several leadership roles in the community, which culminated in his appointment as the seventh Lubavitcher Rebbe in 1951.

The 28th of Sivan is celebrated as the beginning of the Rebbe’s groundbreaking work to revitalize worldwide Jewry. The Rebbe himself encouraged such celebration, and in 1991, in honor of the fiftieth anniversary, he distributed an anniversary monograph on the significance of the day.

The eightieth anniversary will be marked with festivities and Chasidic gatherings worldwide, as well as a reprinting of the fiftieth anniversary monograph with translated sections available.

You can read more about the significance of this day in the online version of Paths of Providence, a compendium of writing about the 28th of Sivan.

Related Articles
View All
History
Today in Jewish History: Kfar Chabad Established
The village of Kfar Chabad was established 72 years ago today.
History
Today In Chabad History: Bais Iyar
Today in Chabad History: Today is Bet (2) Iyar, the birthday of Rabbi Shmuel of Lubavitch, also known as the Rebbe Maharash. Rabbi Shmuel was…
History
The Haggadah Collection At The Library Of Agudas Chassidei Chabad
The prestigious Haggadah collection of Chabad’s Central Library began in December 1924, when the sixth Lubavitcher Rebbe, Rabbi Yosef Yitzchak Schneersohn, acquired the collection of…
History
Today In Jewish History: The Passing Of The Rebbes Wife
Today marks a notable date in Chabad history: 22 (Chof-Beis) Shevat, the 32nd anniversary of the passing of Rebbetzin Chaya Moussia Schneerson, wife of the…
Get Inspiration to your inbox!
Newsletter
Join our weekly newsletter for inspiration and updates
Donate
Find Your Local Chabad Center
Subscribe
|
Log In
Chabad
About Chabad-Lubavitch
About Chabad Lubavitch
The Rebbe
Headquarters
Magazine
Magazine
News
News & Updates
In The Media
Impact
Social and Humanitarian
Social and Humanitarian
Education
Education
Community
Community