The Rebbe’s Father: The 70th Yahrzeit 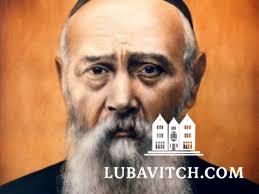 Rabbi Levi Yitzchak was appointed the Chief Rabbi of the Ukrainian city of Yekaterinoslav (now known as Dnepropetrovsk) where he served the community from 1909-1939. A renowned master of Kabbalah, and a stalwart defender of Judaism, he was a source of spiritual sustenance to countless Jews in Ukraine struggling to maintain their Jewish identity during the difficult years of WWI and the subsequent communist revolution.

During WWI he hosted numerous illustrious Jewish figures who fled Poland eastward, finding refuge in Yekatrinoslav. He fought the Yevsektzia under the communist regime to ensure that Jews would have kosher matzah for Passover. With the help of his wife, Rebbetzin Chana, his home became a popular hub of Jewish scholarship and activism.

In 1939, he was arrested by the authorities for his activities on behalf of the Jewish community, and exiled to Chiali, a remote village in Kazakhstan, in south-eastern Soviet Union near China’s northwest region. His wife accompanied him in exile. Later they moved to the city, now known as Almaty, where Rabbi Levi Yitzchak died on 20 Menachem Av, at age 68, after suffering from starvation and a long illness.

Rabbi Levi Yitzchak developed a unique approach to commentary on Jewish classical texts such as the Torah, Talmud, Kabbalah and Chasidut. Some of his teachings were passed on by the Rebbe, and a collection of his manuscripts, written while in exile, were published by the Rebbe through the Kehot Publication Society in a five-volume series titled Likkutei Levi Yitzchak and Torat Levi Yitzchak. These include a commentary on the Zohar, the Tanya, and his own essays on various topics from Tanach, Talmud and Midrash. A special edition for this occasion is now available at kehot.com.