The Hidden Jews of Solano County 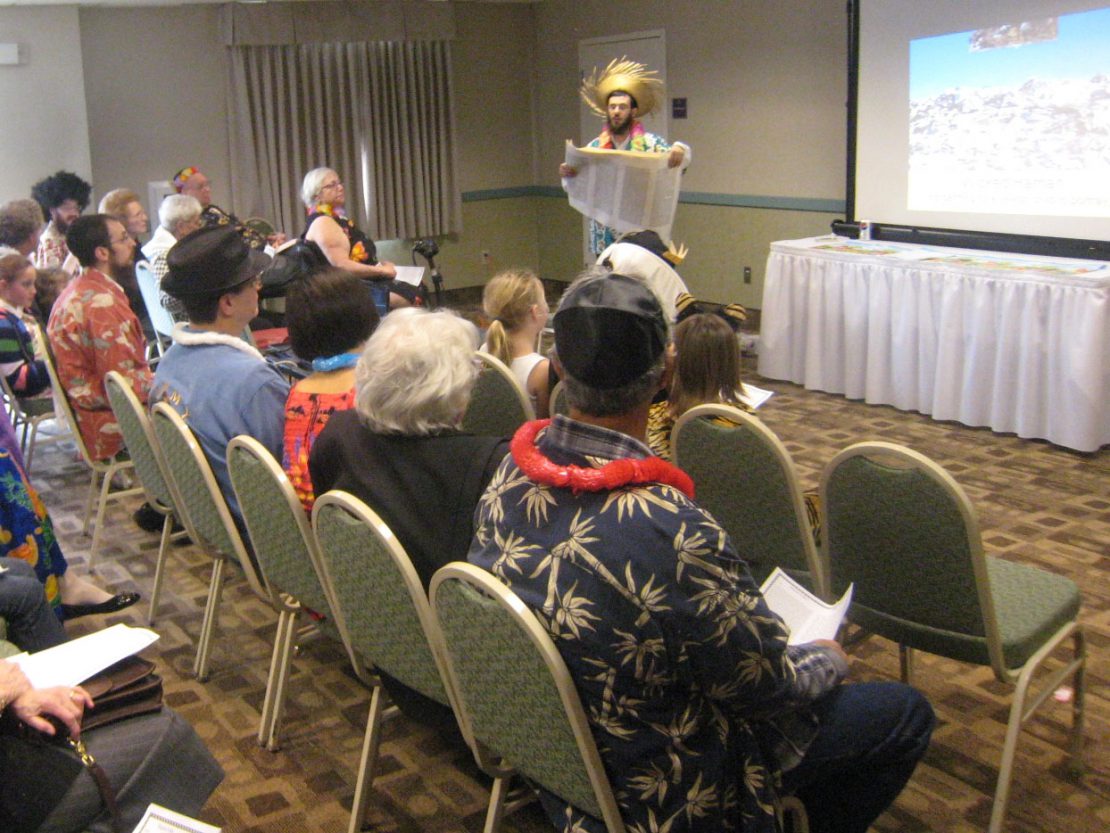 Purim With Chabad of Vacaville, CA

(lubavitch.com) It’s an 820 square mile swath in Northern California with a population of about 500,000. Until recently, anyone living there who happened to be Jewish kept quiet about it.

They thought they were the only ones.

In fact, this bedroom community to San Francisco and Sacarmento counts at least some 2500 households in which at least one member is Jewish.

Barbara Abeling, a nurse and a mother of three girls, has been living in Vacaville since 2001.

Until the Rabbi Chaim and Aidel Zaklos arrived here in October, she says, “Everyone thought they were the only Jews here. So now there’s a sort of coming out of the closet. They are drawing people out of their little niches and bringing us together in a way that’s never happened here.”

Before deciding to settle here, the Zakloses explored the area. “We had no idea if we’d even manage to pull a minyan together for Rosh Hashana and Yom Kippur,” says Rabbi Zaklos. But he bought a list of 2500 Jewish-sounding names, printed a customized Jewish calendar for Solano County, and mailed it out.

“We got an amazing response. We got calls from people who heard about the calendar and wanted to get one of their own.”

The couple and their infant hadn’t completed their move in time for Rosh Hashana, but they were there all the same, launching their first services in space they rented at the Hampton Inn, a local hotel.  “We had some 70 people walk in to services during Rosh Hashana and Yom Kippur,” says the proud rabbi.

2500 Jews are 2500 reasons for Chabad representatives to settle in Solano County. But finding them, says Mrs. Zaklos, is “like searching for a needle in a haystack.”

The only way to do that, she says switching metaphors, is “to shake the tree.” So shake the tree they are. The energetic couple began by introducing lively Jewish programs, each designed to let Jewish residents in the area in on the secret: “there are other Jews here, and you can find them at Chabad.”

The area’s first ever menorah lighting attracted 250 locals. Billed Menorah on Main, a Jewish spin on the X-mas Merriment on Main, the event was a smashing success.

“At first there was a misunderstanding by some about our naming it, Menorah on Main,” explains Rabbi Zaklos. But things were quickly smoothed over when the Rabbi reached out to those who sponsor the Merriment on Main festival, and the city’s Mayor, as well as dignitaries from county to state levels, participated. The event brought many to joyful tears, and the Zakloses received dozens of enthusiastic responses.

This one is by Marla Schapiro:

“I just wanted to take a moment to thank you ever so much for the Hanukkah celebrate in town square. My heart was so full that night and my emotions were not in check. Myself as well as my dearest friends the Lazars were in tears as the menorah was lit. There were so many people that came. I will never ever forget that night as you have brough back my faith and my passion for Judaism.”

Barbara Abeling, who was “born on a school bus” and grew up in many states with no formal Jewish education, says “the baseline for me was my Jewish faith,” much of which came through The Spice and Spirit of Kosher Cooking.

It’s one of those stories where lots of little details conspire to stitch a compelling plotline together. In this case, Barbara’s friend Galila was at a supermarket when she saw the cookbook on a kosher display table. At the table was Mrs. Esther Blau, editor of The Spice and Spirit with her daughter, yes, Aidel Zaklos. Galila gave her Barbara’s number. Aidel called Barbara and invited her over.

That was their first encounter, and today, only a few months later, Barbara is making up for lost time. Chabad of Solano County has made it possible for her, she says, to give her three girls Jewish educational opportunities they wouldn’t have otherwise had.

“I tried previously to go to a synagogue with them,” she says. The experience left her feeling empty. “I’ve had enough of alternative Judaism. Now Chabad is providing me with an amazing education for my three girls, an education that allows us to be Jewish, rather than feel Jew-ish.”

To learn more about Chabad of Solano County, click here.