The Greenbergs 17: A Leader in Every Time Zone 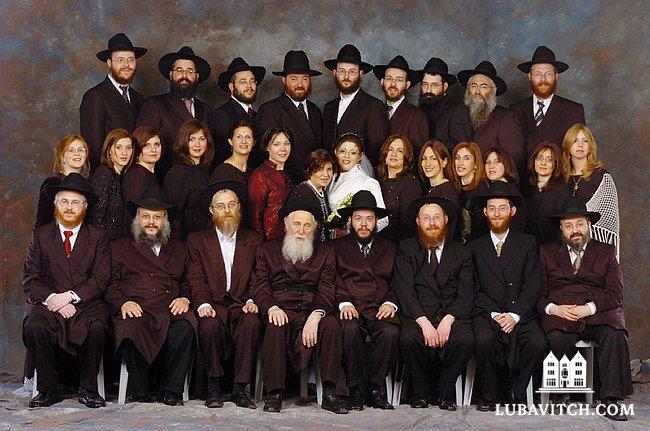 (lubavitch.com) Some call it “fate,” but the Greenbergs prefer “mission.” The children of Rabbi Moshe and Devorah Greenberg—there are seventeen in all—were raised in Bnei Brak, Israel. But today the family is dispersed around the globe in places as remote as Alaska, Ukraine, and Shanghai.

The choice to move away from family and give up the comforts of home, they say, was hardly a choice at all. The Greenbergs had only to look to their father and his passionate commitment to a greater goal. Moshe observed Judaism openly and fearlessly in Soviet Russia. He also prepared to make aliyah to Israel. For this, he was sent to Sibera.
“Our father sat in prison [for his values] and dared to educate his children Jewishly in Communist Russia in the fifties and sixties. The life we live today is the result of his priorities,” explains Shneur, a Chabad emissary in Michigan.

The Greenberg saga begins in Tashkent, Uzbekistan, where Moshe, now 82, and Devorah (nee Hazan), 71, sought refuge as children, with their respective families during World War II. “We lived not far from each other,” recalls Devorah, “but I was a child of six, and we did not know each other.”

After the war Moshe wanted to go to Israel where he could live freely as a Jew. He crossed the border into Romania, but was caught and sentenced to seven years of hard labor in Siberia. He was released only after Stalin’s death, and married soon thereafter. The couple had six children in Russia, and moved to Israel in 1966, where the family continued to grow.

The Greenberg siblings became accustomed to long separations as children. “I didn’t see my older brother, Naftali, until I was seven, because he was with the Lubavitcher Rebbe in New York,” relates Shneur. “The same goes for Yisrolik. Daddy would travel to the Rebbe almost every Tishrei, for the holidays, and we took it for granted that he’d spend the holidays with the Rebbe.”

The first to formally take up posts as shluchim (emissaries) were Yisroel (with his wife, Chanah), and Rochel (with her husband Yosef Levertov), who moved to Texas. “They paved the way,” says Shneur. “It was only a matter of time until every sibling would find his place in life in a similar fashion.”

After Yisroel and Rochel an additional six brothers left to the States. One brother, Yosef, chose Alaska. “I wanted a place where there was nothing, where I would have to start from scratch,” he says. “We came to see the area in the summer, and it seemed very nice, so we decided to go. Then winter blew in . . . Even in Chabad they thought we had gone off our rockers.”

The couple settled there in 1990. Over time, they and their four children got used to the frigid temperatures. When they first arrived, there was only a tiny contingent of observant Jews in all of Alaska. “The Rebbe told us that our specific shlichut (mission) is to warm up Alaska and to bring Yiddishkeit there,” says Yosef.  Indeed, he continues, “today we have a large and flourishing community.”

Winters in Alaska make for an interesting challenge. On Chanukah, “it’s amazing to see five hundred people bundled up against the freezing cold” to participate in the outdoor public menorah lighting ceremony, says Yosef. Each Sukkot, the family looks for new, innovative ways to keep their Sukkah warm. It can be tough, especially when the snow starts early, as it did last year (there was an accumulation of seven centimeters last Sukkot).

To date, there are three functioning Chabad centers in Alaska, all under the aegis of the Greenbergs.

Yosef’s younger brother Sholom, and his wife Dini, live in Shanghai. “We were young in search of an interesting place for Shlichut, different and challenging, and maybe something that no one else would want to do,” says Sholom.

“When we arrived, there were some one hundred and fifty Jews, the majority of whom did not see any need for religious activities. Today we have two thousand Jews, amongst them five hundred Israelis, five hundred Americans and several hundred Europeans.” Chabad of Shanghai is there to serve all these sectors.

Sholom and Dini’s children have acclimated well to life as Chabad shluchim in China. All five speak a fluent Chinese (“they serve as our translators”). Still, the loneliness can become difficult.

But three years ago another Greenberg brother, Avremi, moved to Shanghai with his wife, Nechomi, and settled in a suburban area called Podong, an hour outside of the city center. “When I tried to convince him to come,” says Sholom, “I told him that I’m very lonely. Then I added that there is a need for an additional Shliach . . . It makes life much easier.”

Sholom says the reception to Chabad in China was somewhat cool at first. People were “suspicious of us,” he says. But that faded as soon as they realized that Chabad was not in China to seek out converts, but only to provide Jewish residents and tourists with a spiritual and religious home base.

Three of the Greenberg siblings settled in Europe. Along with their spouses and children, they live in France, Germany and the Ukraine.

“My children don’t know all of their cousins,” muses Sterny. The fourth to youngest of the Greenberg siblings, Sterny lives in Hanover, Germany. She recalls knowing, even at a very young age, that “one day I too would ‘go out on Shlichut’.”  Indeed, she says, Shlichut “flows in our veins.”

Moshe and Devorah have more than one hundred grandchildren, and in the last few years the third generation has also entered the world of Shlichut.  A granddaughter, Chana, moved to Odessa, where she assists her aunt, Chaya, in running the various Chabad activities.

“We have returned to our roots,” says Chaya. “My great grandfather, Zushe Friedman, was a Rabbi in Odessa. When we arrived the city gave us a synagogue; it turned out that that was the very shul where my grandfather was Rabbi. The revival of the Odessa community has been watered by the tears and the self-sacrifice of the previous generation.”

One technological innovation that bridges some of the distance between the siblings (as well as other Shluchim worldwide) is virtual schooling. Gedalya Shemtov, husband of Batya nee Greenberg, initiated and developed an online shluchim school. Today, the youngest of the siblings, Chavi, oversees the program.

“It began with phone calls between members of the family. We bemoaned the fact that our children are not getting a proper Jewish education,” says Chavi. “We decided that if we can communicate via the Net, we can also open a virtual school. We began with two or three students in a class taught by the parents themselves, and today we have 600 students taught by professional teachers.”

The last time the whole family got together was for Chavi’s wedding. But not everyone is able to make it to the many lifecycle celebrations that come up in a family of this size. Thanks to the Internet, the siblings can connect virtually, using Skype and other technologies to communicate and even see each other despite the enormous geographic distances that separate them.

And yet, says Sterny, “we miss each other all the time. I don’t think I would ever live here if I didn’t have a job to do. Our place is in Israel, with the family. No matter how many friends and contacts you have, you will always be a stranger. The satisfaction that comes from doing the job is the only thing that keeps us here. I have seen the difficult conditions my brothers labor under, and now I know how hard it really is. Still, we are happy to be here.”

Based on a feature by Y. Shochat in the Hebrew language Yediot Achronot
Translated by Eli Friedman.