The Abiding Optimism of Chabad Emissaries in Africa 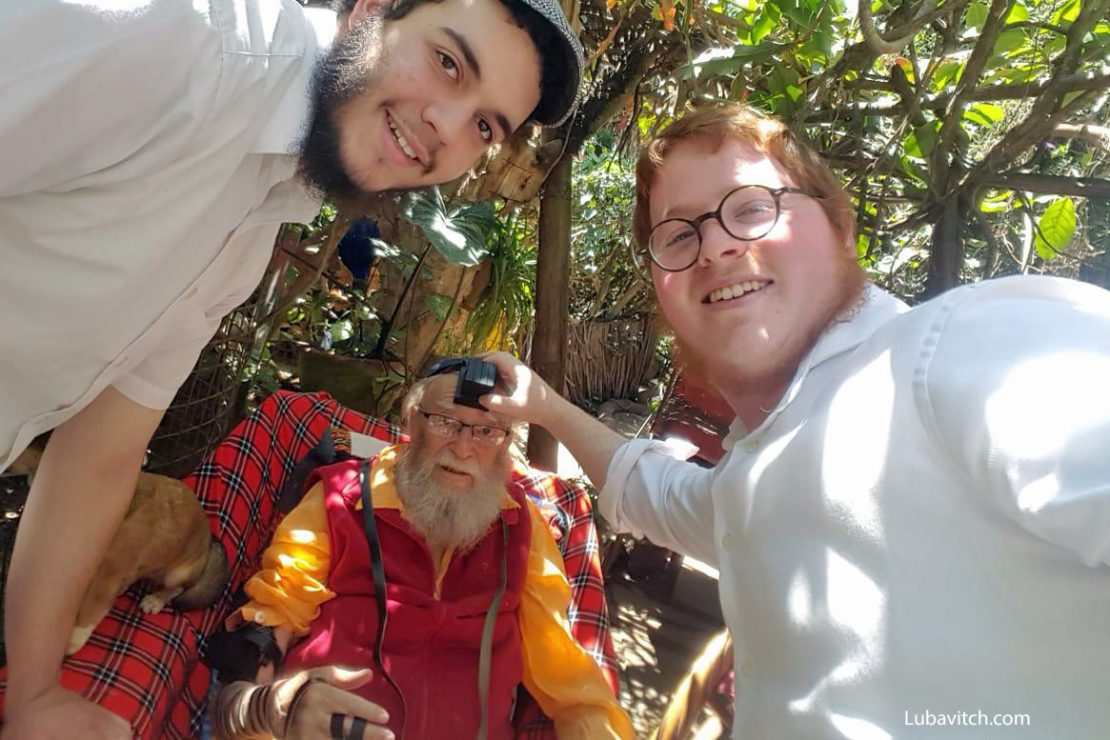 In a colorful artisan’s village nestled in the plains adjacent to the Nairobi National Park, a 90-year-old Jewish man recites the Shema prayer every night. Dr. Eric Krystall, born in South Africa, has dedicated his life to promoting social justice through education, first as a member of the anti-apartheid movement, then at historically black universities in the United States, and for the last five decades in Kenya, where he founded a movement to use puppetry to create awareness of key social and health issues.

Krystall, who earned his doctorate in population studies and sociology, stayed connected to his Jewish heritage by traveling each year from his home in Kitengela on the Athi-Kapiti plains south of Nairobi, to services at the Nairobi Hebrew Synagogue, but this year, a broken leg prevented his attendance, so his adult son, Paul, a yoga teacher on Kenya’s east coast, represented him. As the synagogue, established in 1904, does not have a permanent rabbi, two visiting Chabad rabbinical students, Mendel Plotkin of Toronto and Mendel Banon of Montreal, both 21, conducted services

When Paul told the visiting students about his father’s situation, they arranged to visit him after the holiday. “According to the map, Kitengela seemed to be about a 50 minute drive away,” says Plotkin. The trip turned out to be twice as long as expected, with multiple twists and turns on rough dirt roads and prolonged delays for sheep crossings.

They finally arrived at the home of Dr. Krystall and his wife, Nani Croze, a stained glass artist and muralist who founded Kitengela Glass in 1981, training local artisans in the craft and creating a magical village of mosaics, sculptures, and various forms of glass art. Their household includes dogs, horses, camels, exotic birds, and other creatures. 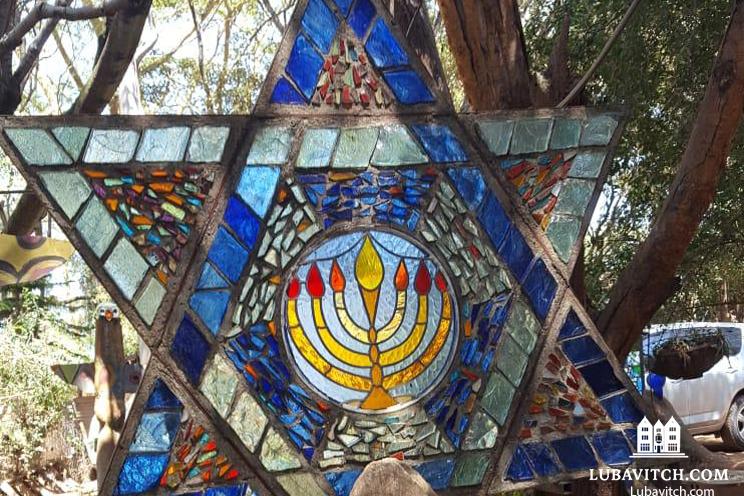 Krystall, whose autobiography, Swimming Through Life: The Abiding Optimism of an African Development Worker, is about his work creating social transformations in Africa, was excited to see the young rabbinical students. “It wasn’t quite what I expected,” he says. “Usually the rabbis who are sent to conduct the High Holiday services are older, with long beards. These young men were quite refreshing, and it was fun. They sang and danced, and one of them enjoyed riding our camel.”

Growing up in South Africa, Krystall and his parents were affiliated with Reform Judaism, which had arrived in the country when he was a young boy. His bar mitzvah at age 13 did not include tefillin. “I knew about tefillin, but we had never used them. When the two Mendels discovered I had never put on tefillin, they put them on me, and we celebrated a sort of second bar mitzvah,” he says.

“The young men told me they wanted to meet every Jew in Kenya,” said Krystall. So they welcomed the “wrong” turns they took on on their way to Krystall’s home as providential. On one of these detours, they encountered a young man who works in the Hungarian embassy. His mother, he told them, is Jewish, but that was about all he could say about his affiliation with Judaism. After chatting a while, he appreciated the opportunity to wrap tefillin for the first time.

Rabbi Shlomo Bentolila, who established Chabad-Lubavitch of Central Africa (CLCA) in 1991 and lives in Kinshasa, Democratic Republic of Congo, is responsible for dispatching pairs of visiting rabbis throughout Central Africa. “These emissaries positively impact these communities by creating an exciting Jewish ambiance and a strong and visible Jewish presence,” he said. “Chabad is on good terms with the Nairobi community,” he added. “We work together with the heads of the community and send visiting rabbis for almost every holiday.”

Bentolila was pleased—but not surprised—to hear about Banon and Plotkin’s encounters with Krystall and other Jewish people in isolated areas. “Living out here, it’s not the first time I have heard stories like this.” CLCA covers 13 countries in Africa: Democratic Republic of Congo, Congo Republic, Nigeria, Ghana, Angola, Namibia, Gabon, Ivory Coast , Kenya, Uganda, Ethiopia, Mali, and Senegal. 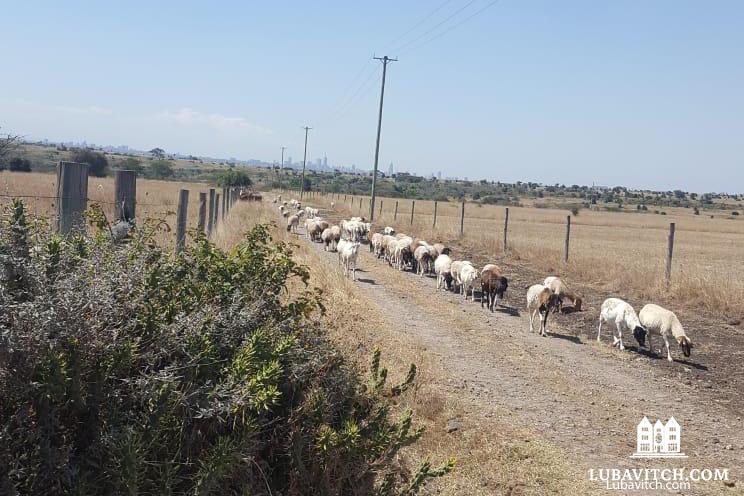 Prolonged delays for sheep crossings en route to to Kitengala 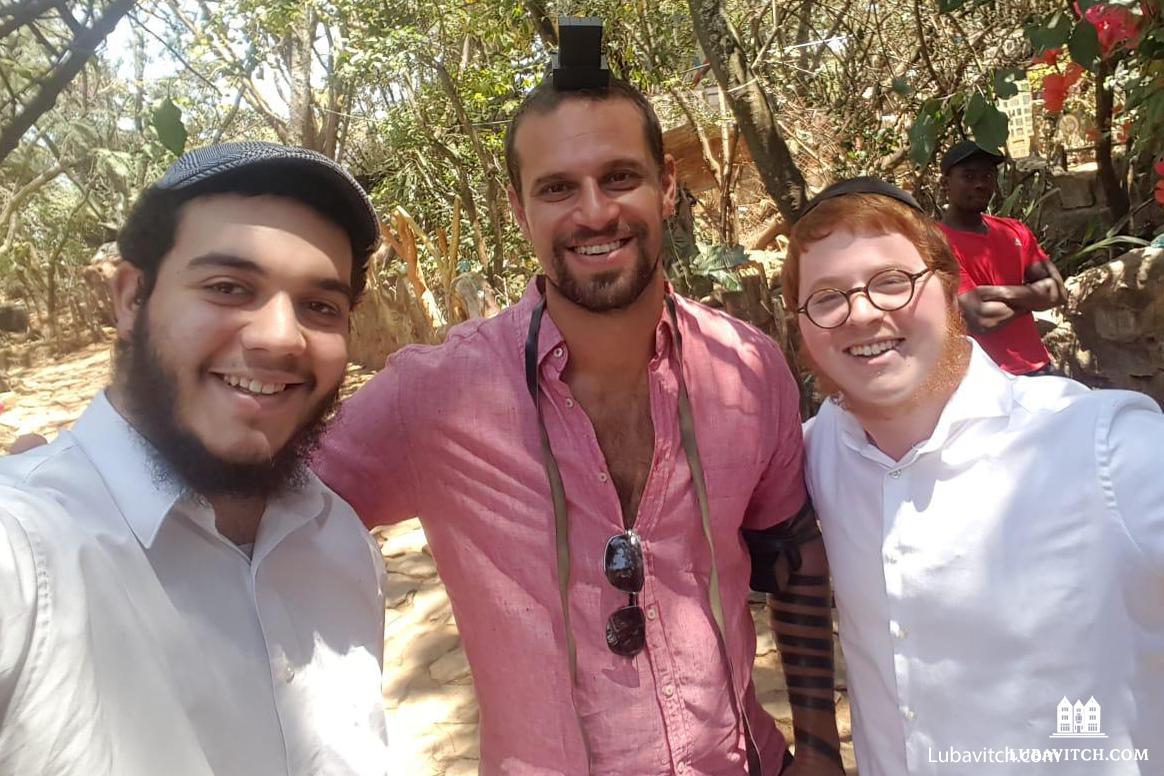