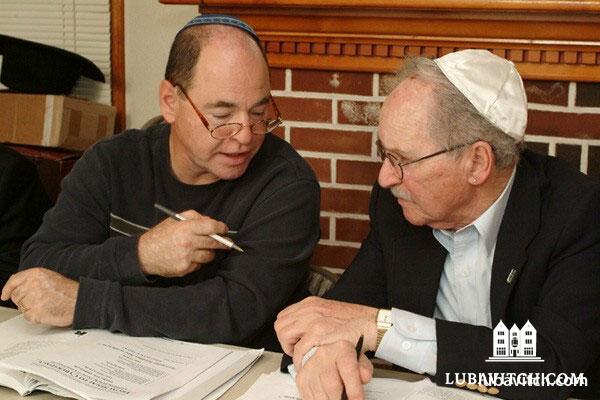 (lubavitch.com) The study of Talmud is high on the list of skills, most adults say ruefully, that you either got as a young yeshiva student, or not at all.

Not so, say developers of a successful Chabad Talmud study program for adults that is gaining popularity in Jewish communities worldwide.

MyShiur: Advanced Learning Initiative Talmud course set to begin its second semester this November, is training adults to parse the words of the medieval commentators, and split hairs over dense Aramaic text, in the tradition of the European yeshivas of centuries past.

The series, a division of the Chabad sponsored Rohr Jewish Learning Initiative’s adult education program, brings Talmud “to the next level,” says director Rabbi Levi Kaplan, where adult learners are reenacting the traditional study of Talmud at 30 Chabad centers worldwide, and growing fast.

“It is the yeshiva-style, in presentation, technique, and formula, that makes this program so revolutionary,” explains Rabbi Yossi Bryski, a lecturer in Scottsdale, Arizona. Bryski, who taught last year’s course to 20 students plans to teach a larger crowd this fall.

According to Bryski, “Talmud” is the new buzzword, as tantalizing as “Kabbalah” and mysticism were several years ago. In response to rising interest, a number of learning tools, including a translated Talmud and MP3 audio classes, were recently developed for those who wish to delve into the 2,000 year old arguments.

“The difference between these tools and the MyShiur course is like night and day,” insists Bryski in authoritative Talmudic fashion. “Those options are cold and dry and read more like a novel than a relevant text.” And that’s not how the study of this ancient codification should be, he says. “The study of Talmud is alive; it is a passionate discussion that remains applicable to this day.”

That passion captivated last year’s 280 participants and has attracted several hundred more for the upcoming course. Aside from learning the subject material, MyShiur seeks to train its students to think like veteran Talmud scholars. The curriculum, which can be simultaneously invigorating and maddening, teaches basic skills in an attempt to set students up for a lifetime of independent study.

Rabbi Moshe Lieberman authored the first syllabus and taught it to a diverse audience in Newton, Massachusetts. “Our goal was to enable students to become part of the Talmudic dialogue,” he says. “Throughout the course, the students realized that the conversation begun 2,000 years ago in ancient Babylonia and Jerusalem is significant in their own lives today.”

“I honestly did not expect such a great response,” admits Rabbi Levi Wolosov of Manalapan, New Jersey who has been teaching a similar class for some time. Wolosov, the principal of adult education in his city, will begin to teach the MyShiur syllabus this November, for which many more people have already registered. He is grateful, he says, for the course which introduced him, a lifelong learner, “to many commentators I would otherwise not have discovered.”

The male and female students in Wolosov’s classroom, and in classrooms around the world, come from varied backgrounds. Some haven’t opened a Talmud since studying it years ago in yeshiva. Others skim a daily portion, but never really get their teeth into the matter. And there are others yet, for whom this course will be their first rendezvous with the ancient text.

Mark Canter studied Talmud in high school, and hadn’t perused a tome since. For him, “this course was initially difficult to follow,” but quickly became “fascinating and manageable.” Canter, a businessman in California, has already signed up for the next course, because, he says, “it was the best class ever given.”

Whether it is their first time or their 50th, when students around the world snap open their Talmudic texts come November, they will discover the intertwined debates of Tractate Pesachim. Between discussions of the laws of Passover and the intricacies of proper speech, the students will gain something intangible and eternal: the mastery and confidence of their heritage.