After years of study, Sacramento’s Jewish Community has two reasons to celebrate 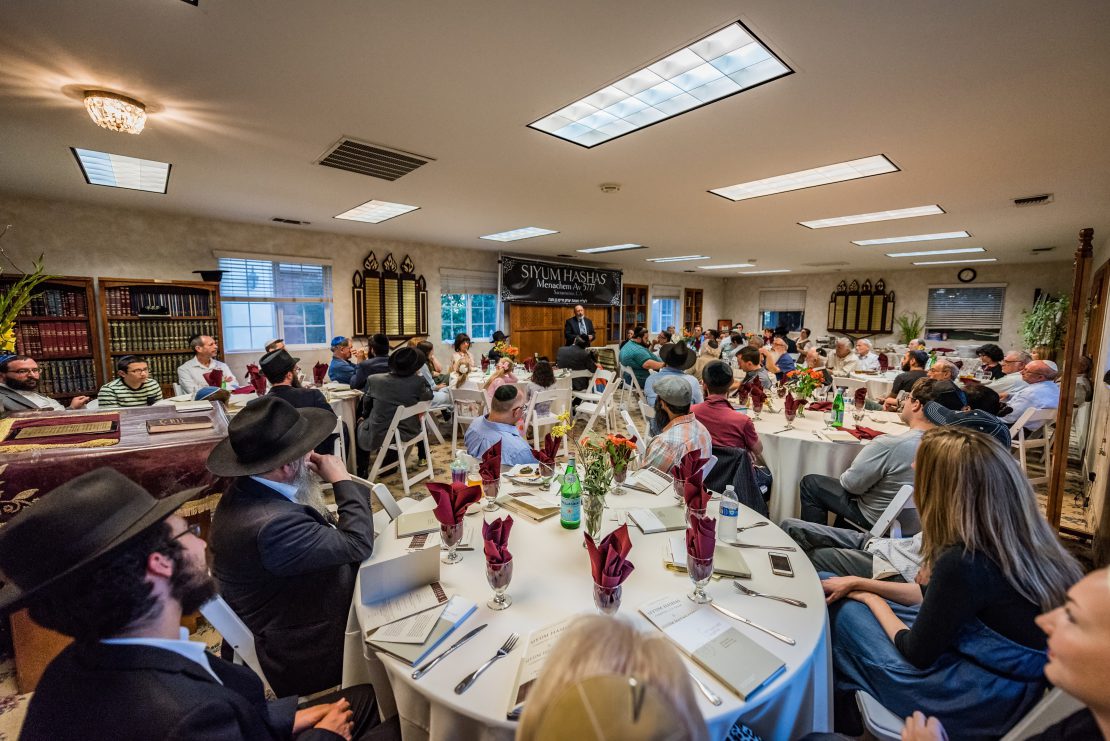 Five years ago, Rick Brodovsky, a Sacramento, California native, was at a crossroads. Confronted with difficult decisions and an unclear future, Brodovsky turned to his local Chabad rabbi for advice.

Considering the situation, Rabbi Mendy Cohen, director of Chabad of Sacramento, suggested that they begin to study Torah together. Rick agreed, and soon his Wednesday Chumash lessons with Rabbi Cohen became an integral part of his week.

After completing all five books of the Chumash, the two weren’t satisfied. They wanted more. They turned their sights to the Tanach, which is composed of the twenty four books that make up the Jewish Bible, and after five years, they completed the entire selection.

The exercise, offers Brodovsky, was impactful. “I now have a deep and reliable relationship with G-d.” He finds he worries less. “I keep studying Torah. It keeps me strong.”

The process also taught Brodovsky valuable skills. “I needed the fundamental understanding that comes from learning the whole Tanach. Now, I can read the Talmud with other interpretations and gain even deeper insights.”

An experienced teacher with years of Torah study under his belt, Rabbi Cohen acknowledges that “learning with Rick has also had a deep impact on myself. It has made me better able to understand Talmudic and Chasidic concepts.”

On Thursday, July 26, the Sacramento Jewish community celebrated two cycles of Torah study. The first was for the Tanach completed by the rabbi and Brodovsky, and the second commemorated the completion of all 2,711 pages of the Babylonian Talmud by Rabbi Cohen and his fellow community members.

For seven years, every Sunday through Thursday, Rabbi Cohen taught a Talmud class at the Chabad House. Longtime Sacramento resident Harry Weiss, who Rabbi Cohen calls “the backbone of the course,” attended the classes every day without fail.

“It was a pleasure learning with Rabbi Cohen,” Weiss reflects. “He really prepared for each class and brought the pages to light.”

The event, sponsored in loving memory of Yitzchak Chaim ben Chana, was celebrated with due pomp: a guest speaker was flown in from Israel, the Kehot Publication Society printed a book in honor of the event (Of Tears and Laughter, an exegesis adapted from talks of the Lubavitcher Rebbe after he concluded two Talmudic tractates), and several California state representatives have come together to declare July 29, 2017 “Talmud Day,” calling it “a day to be utilized by educators, clergy and civic leaders to highlight and emphasize the G-d given innate rights endowed to each and every human being.” In addition, certificates of achievement from the congressmen were presented to both Rabbi Cohen and Mr. Brodovsky.

Both Rabbi Cohen and Brodovsky are excited to share their journey. “We’re publicizing this story of our studying with the hopes that it will inspire others to be excited about learning Torah,” Cohen says.

For more information about Chabad of Sacramento, visit www.sacjewishlife.org.