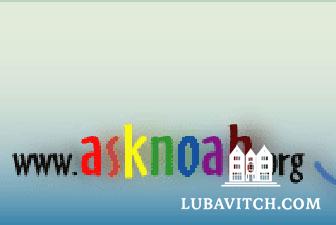 Related Articles
View All
Features
“G-d” Is Not a Jewish Word
A long pause—I needed to think. Finally, I said: “No, I don’t believe in ‘G-d.’” Another pause. “Not with the meaning that word has in…
Features
Remembering Rebbetzin Chana: Jewish Feminine Role Model
Rebbetzin Chana Schneerson, a feminine role model of Jewish activism and proponent of Jewish scholarship, mother of the Lubavitcher Rebbe and wife of Rabbi Levi…
Features
To Pray Alone: Days of Awe in the Age of Covid-19
Marc Zell was used to traveling, just not like this. The American-Israeli is an international lawyer, and it was his work in political consulting that…
Features
A Quiet Moment
It is a typical, bustling morning at a middle school in Camarillo, California, and the students are about to take an algebra quiz. But first,…
Get Inspiration to your inbox!
Newsletter
Join our weekly newsletter for inspiration and updates
Donate
Find Your Local Chabad Center
Chabad
About Chabad-Lubavitch
About Chabad Lubavitch
The Rebbe
Headquarters
Magazine
Magazine
News
News & Updates
In The Media
Impact
Social and Humanitarian
Social and Humanitarian
Education
Education
Community
Community