Tackling the Text in Braille, JLI Teaches Torah to the Blind 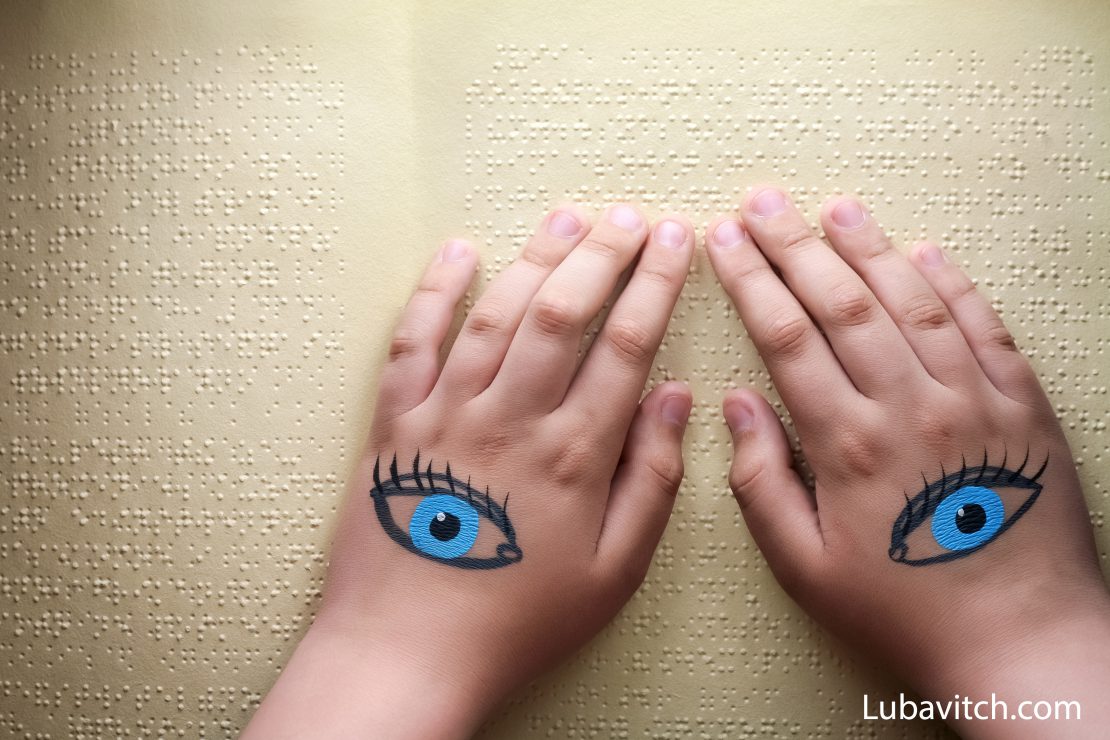 Six months ago, retired pulmonologist Dr. Jeff Aronson, was introduced to Rabbi Eli Rivkin of Chabad of Northridge, California, at a nearby class he was giving on Judaism. Aronson and Rivkin developed a rapport, and the doctor began participating in other Chabad programs. But when he started attending the rabbi’s six-week “Wrestling with Faith” course, he ran into an obstacle.

Aronson has been blind since age sixty, and the course is mostly based around student textbooks.

Not one to shy away from a challenge, Rabbi Rivkin called up the Rohr Jewish Learning Institute (JLI), the course creators, known for their cutting-edge content and inclusive environment, and asked if they had any textbooks in Braille.

They did. Already ten years earlier, Rabbi Mendel Bluming of Chabad of Potomac, Maryland, had helped arrange a partnership between JLI and the Jewish Braille Institute (JBI) to translate the standard JLI textbooks into Braille.

It was Anita Cohen, a regular attendee at Chabad of Potomac’s programs and adult education seminars, who initiated the partnership. She attended Bluming’s JLI course, but her vision-impairment hindered her ability to fully participate. Relevant portions of the text are read by the students and many worksheets are filled out individually. Anita was frustrated and felt left out. She would wait silently while her classmates worked. 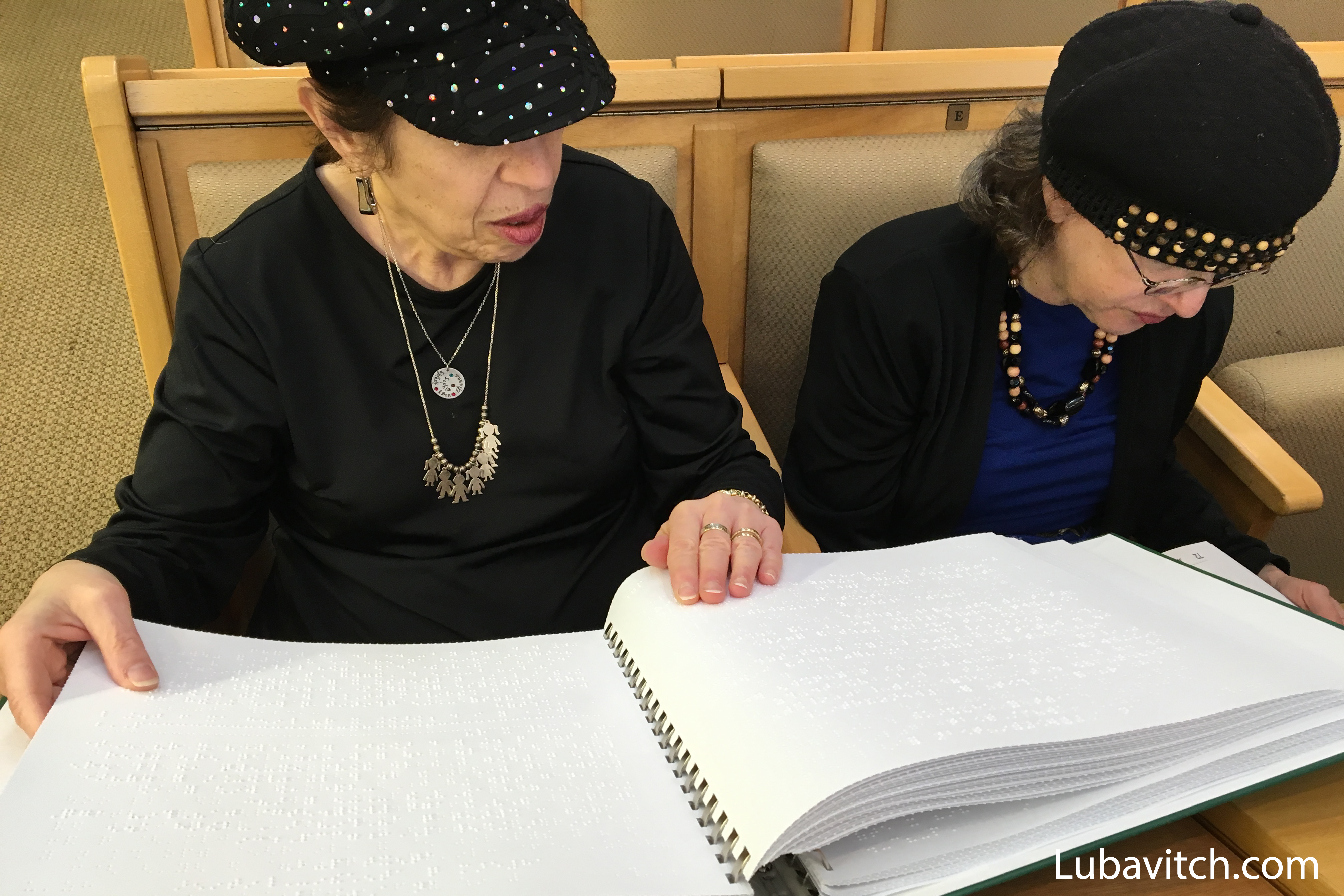 Anita Cohen during a JLI course at Chabad of Potomac

“I felt that it was unacceptable that she wasn’t fully included in the studies, and I asked her to help me find a way to enable her to participate,” says Bluming

Anita suggested contacting the Jewish Braille Institute, whose library provides visually-impaired individuals with books, magazines, and special publications of Jewish and general interest in audio, large print, and Braille formats—all free of charge. The JBI was glad to take on this project.

“I said, it’s not just a simple class. It’s the largest Jewish adult education network in the world,” Bluming shared with Lubavitch.com. JLI courses are given at Chabad centers in over 900 communities across the globe. “And the mission of the JBI Library is to help people who are visually challenged be included in the Jewish experience. It just made sense.” That’s when the Jewish Braille Institute began working with the Rohr Jewish Learning Institute to produce the textbooks in Braille.

Anita, who passed away two years ago, was a staunch participant of her JLI class, proudly reading aloud from her Braille book, following along with the lesson. Once each course was completed, Bluming would bring her book to JLI headquarters in Brooklyn so they could reuse them.

Thanks to the partnership between the JBI and JLI, Dr. Aronson has just completed his first full course and is looking forward to the next one. He’s now working on learning the Hebrew alphabet in Braille, an entirely new language.

“Chabad’s mission is to disseminate the teachings of Judaism and Chasidism to the outside,” says Bluming quoting the famous Chasidic teaching that the “wellsprings” of Torah are meant to be spread to the far corners of the world. “This program is truly bringing rich Torah education to every person, regardless of their personal limitations and we are so proud to be a part of facilitating that.” 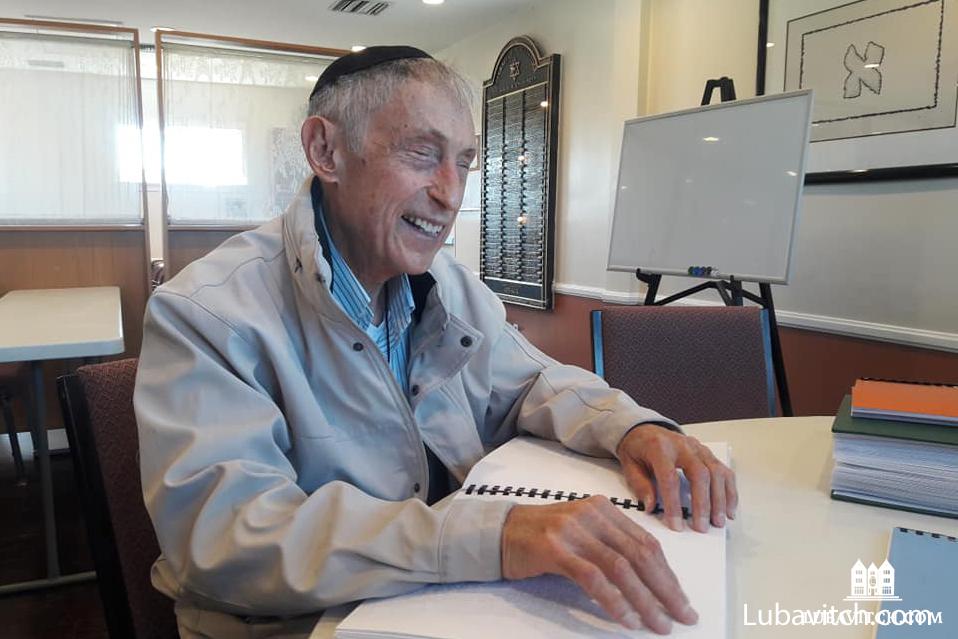 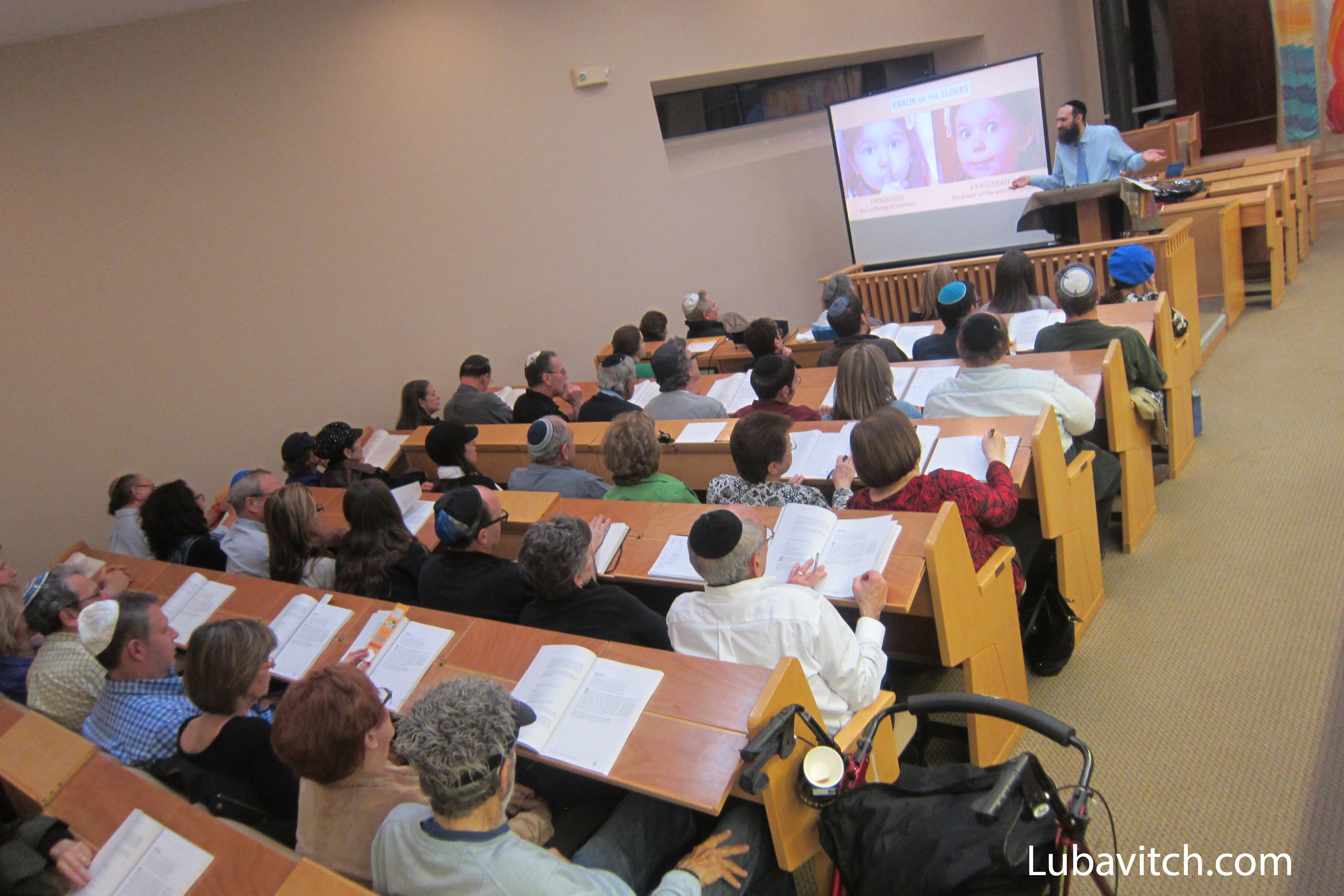 Participants at a JLI class in Potomac, MD 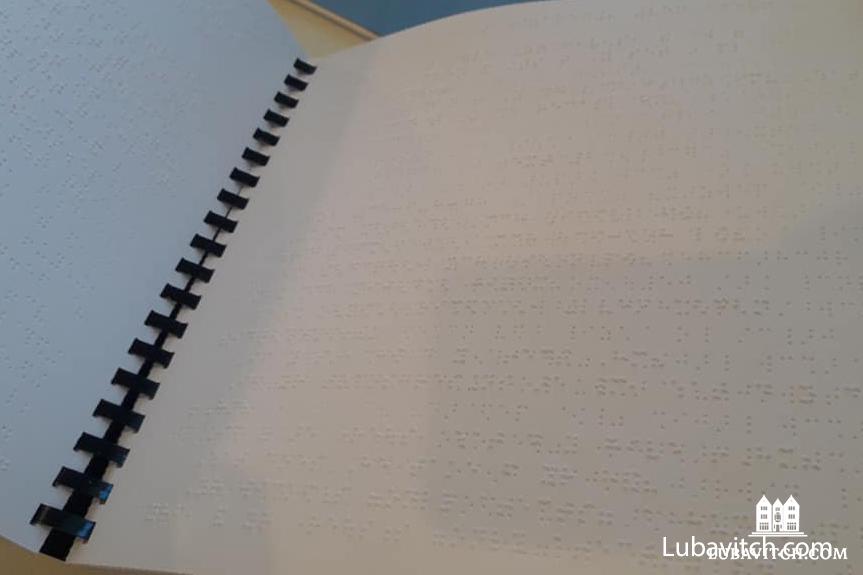