Survivor of the Gulag, Reb Mottel the Schochet, 97 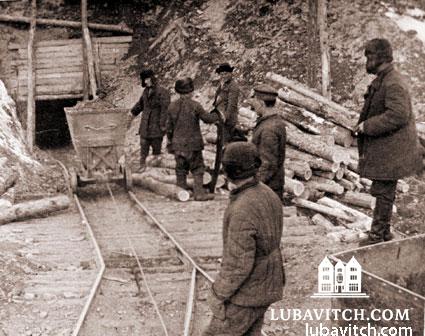 Mordechai Lifshitz, a survivor of the Gulags and member of the Jewish underground under Soviet rule, passed away Thursday, March 6th, 2014. He was 97.

Known affectionately as “Reb Mottel the Shochet”, he was the sole ritual slaughterer, or shochet, in Moscow during the last two decades of Communist rule.

The following is a review of Lifshitz’s Yiddish language memoir “Memories of the Gulag,” published on Lubavitch.com in 2009.

(lubavitch.com) In a small apartment on a busy Crown Heights intersection you can find 92-year-old RebMottel Lifshitz. Affectionately known as “Reb Mottel the Shochet,” he spends his days quietly studying, writing, and … still enjoying herring. Born during the final years of Czar Nicholas II’s reign, Lifshitz not only survived two world wars, the Russian gulag, and Communist rule, but also lived to see his enemies perish.

Throughout it all, he served his Jewish brethren as teacher, shochet, mohel.

Reb Mottel’s Kiev childhood was spent under Joseph Stalin’s murderous power. Religion was forbidden: the young cheder boys crept from one clandestine location to the next, hiding their studies from the authorities. In this “utopia,” poverty was rampant and a Shabbat meal of two potatoes was a feast. Forced to leave school at a young age in order to support his family, Reb Mottel became a welder, forever remaining a staunch Chabad Chasid.

He continued as such until he was 23 years old, when the KGB caught up with him, accusing him of trumped-up charges: illegal gatherings, teaching banned material, and consorting with the Polish enemy. (The KGB accused the sixth Lubavitcher Rebbe, Rabbi Yosef Yitzchak Schneersohn, of being a member of the Polish secret police.)

For his “crimes,” Reb Mottel was sent to the frozen Gulag. In Kolyma, where Lifshitz spent much of his seven years in exile, more than one million people perished. Daily life in this Arctic Circle camp involved manual labor in shifts of up to 30 hours. Workers often slaved barefoot as their frozen, bloated feet were too large for their shoes.

Reb Mottel recalls that his only wish during his incarceration was to be buried underground. Throughout the camp, corpses littered the terrain which was frozen solid for more than half the year. At 49 degrees below zero, it was the rare person who merited a proper burial.

Survival could only be ascribed to miracles. And Reb Mottel certainly had his share of them. “At one point my grandfather had to have his toe amputated,” recalls his grandson, Rabbi Levi Haskelevich of Lubavitch House at the University of Pennsylvania. “It was a painful surgery made all the more excruciating by the lack of anesthesia. He had to stay in the infirmary all winter long to recover. That saved his life.”

Freedom, or a taste of it, came in 1946. Lifshitz returned to his hometown of Kiev in search of the large, extended family he had left behind. He quickly discovered that they had all been murdered by the Nazis at Babi Yar.

Lifshitz focused his grief into activism, escalating his efforts to bring Judaism to thousands of Jews across the Soviet Union. “It is not enough to say he was an inspiration,” explains Israeli Knesset Member Yuli Edelstein. “He was our source of knowledge, our power. He was one of the very few resources for practical Judaism available to us.”

Reb Mottel officiated at the marriage of Yuli and Tanya Edelstein in 1984, in a quiet ceremony outside of Moscow. “It was not a legal marriage, but it was a very moving event and it brought us one step closer to Judaism,” recounts Edelstein. Soon after his wedding, Edelstein was sent to a labor camp until 1987 when he finally immigrated to Israel.

Today, the 51-year old refusenik-turned-MK credits Reb Mottel with giving him the will to fight. “Even in those days he wasn’t young and he didn’t look like a hero, but everyone knew that neither an earthquake nor the KGB could stop him from being there for us. We knew we could totally rely on him for questions, help, or procedures.”

Haskelevich grew up hearing stories of his grandfather’s valor. Though Lifshitz moved to the United States when Haskelevich was already 13, they corresponded for years beforehand. “I used to write crazy ideas about how I could save him from Russia,” he says, “but my parents had to censor my letters to make sure I wouldn’t bring any harm to my grandfather.”

Since his 1993 arrival, Haskelevich had encouraged his grandfather to record his memories. “Memoirs of the Gulag,” written in Yiddish, sold out soon after it was published. An unauthorized and falsified translation was published shortly thereafter. Reb Mottel and his family hope to have a corrected version published in English shortly.

According to Benjamin Nathans, professor of history at the University of Pennsylvania and expert on the Soviet Union and modern European Jewish history, “this book is amazing. It is a dramatic story which is very valuable to historians. There are few people alive who can tell this story—it opens up a whole new window on the Jewish experience in the Soviet Union.”

For Edelstein, in Israel, the memories literally live on. “Not a single holiday goes by where Reb Mottel doesn’t call to wish me a good yom tov,” Edelstein proudly says. “We last spoke before Purim and I am hoping to hear from him soon, before Pesach. It is truly a great merit to talk to him.”