“I want to ask you something from all my heart… please continue to remember my parents.” 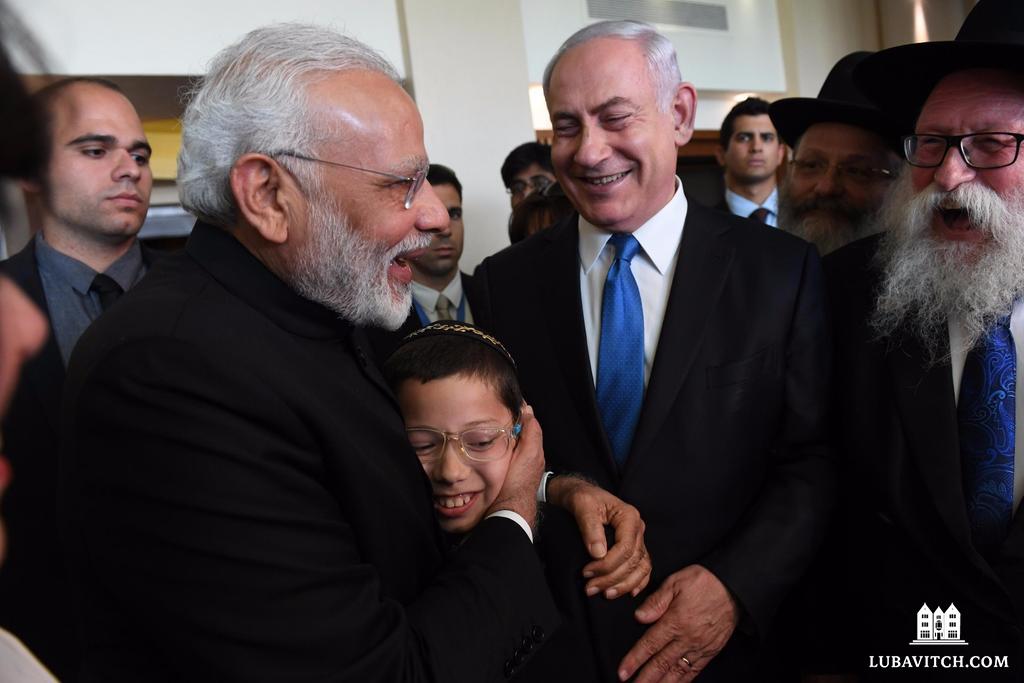 All News
By Staff Writer , Jerusalem

“I want to ask you something from all my heart… please continue to remember my parents.”

The appeal to India’s Prime Minister Narendra Modi by 11 year-old Moshe Holtzberg was heartrending. On his first official visit to Israel, PM Modi met with Moshe, who was left orphaned at age three when his parents were murdered by Islamic terrorists in his home in Mumbai.

“My parents lived in Mumbai, and they helped every person—Jewish and non-Jewish alike,” Moshe said in his prepared remarks. “Their house was open to everyone.”

“I live in Afula, but I always remember my connection to Nariman House,” Moshe said. When he gets older, he said, he plans to live in Mumbai and “be the director of our Chabad House with G-d’s help. This is my house, a house of goodness.”

Prime Minister Modi extended a warm, open invitation to young Moshe. “If you would like to come stay in Mumbai, you are most welcome. You and your family members. You can come anytime and go anywhere.”

Prime Minister Netanyahu promised to make it a joint trip. “Prime Minister Modi invited me to come to India, and you will come with me to Mumbai,” he told Moshe to a round of applause.

Chabad’s representative to Mumbai, Rabbi Israel Kozlovsky, was reached at the Chabad House in Mumbai. “I look forward to the day when Moshe comes to India and continues the great work his parents did here.”

Moshe was just a toddler when terrorists stormed Nariman House, the Chabad house in Mumbai where the Holtzbergs were headquartered, and took the occupants hostage. They later killed his parents, Rabbi Gavriel Noach and Rivkah, as well as six other tourists. Rivkah was six months pregnant at the time. The attack on Nariman House was one in a series of five coordinated attacks that killed 166 people.

Moshe was saved by Samuels, who heard his cries as she was hiding downstairs. She grabbed him and fled the scene. When Moshe later moved to Israel to live with his grandparents, she moved there as well and received honorary citizenship for her heroism.

Today, Moshe lives with his grandparents in northern Israel, where Samuels often visits them on the weekends.

Modi’s trip marks the first visit to Israel by an Indian prime minister, and commemorates 25 years of diplomatic relations between the two countries. Modi is being accompanied by Israeli Prime Minister Bibi Netanyahu for the majority of his three-day long tour.