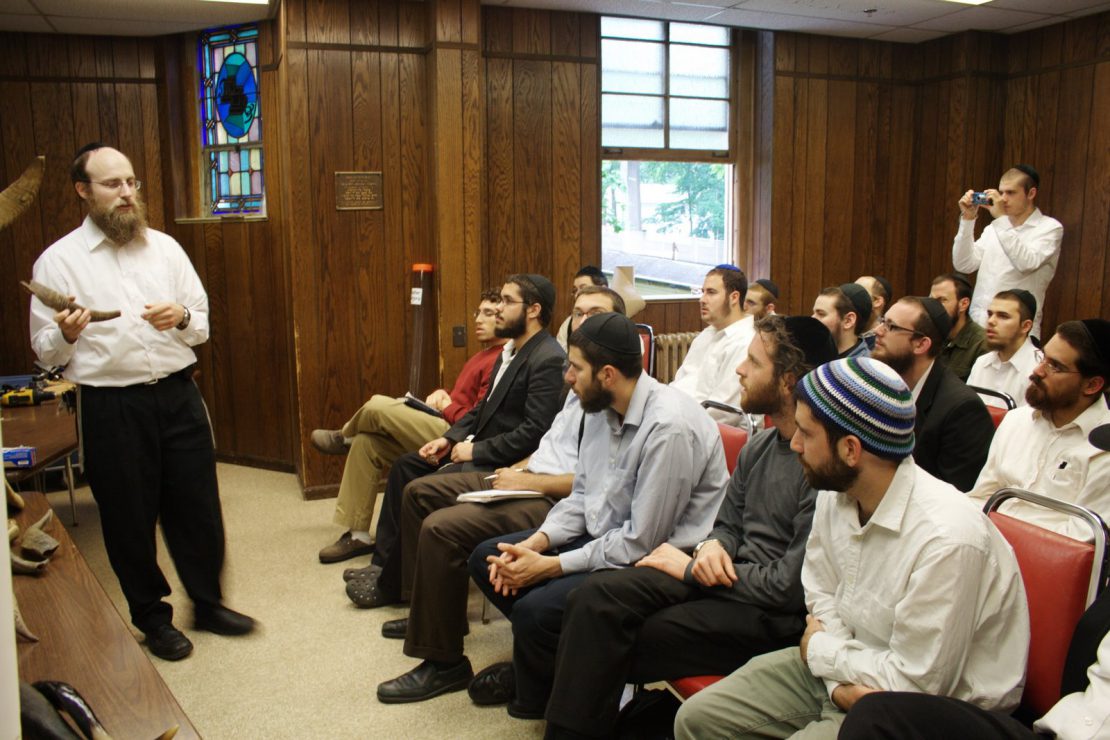 (lubavitch.com) Nine weeks ago, Josh Weinstein packed up his blue Corolla for the 284-mile drive from Norfolk, Virginia to Morristown, New Jersey. The semester at Virginia Wesleyan College had just ended, and Weinstein, an English professor at the school, was gearing up for some study of his own: Yeshiva-style.

Yeshiva Tiferes Bachurim, a division of the Rabbinical College of America, is an intensive study program for men interested in advancing their Jewish knowledge. Though the study hall is occupied all year, for one week in the winter and a full month in the summer, its “Taste of Yeshiva” program attracts a broader range of students. Over 100 young men, a record, joined the school’s 50 permanent students for several weeks of intellectual growth and personal challenge.

“People think that a student’s first experience with Jewish study should be super-light and super-fun,” states Rabbi Boruch Hecht, the school’s admissions director. “But our approach is to make it super-real and super-stimulating.” The program’s six levels enable each student to slide into his own niche and the personalized study options are especially appealing.

Weinstein enjoyed being on the other side of the desk this summer, studying Chasidic philosophy, Talmud, and Jewish law. He says the schedule was “pretty demanding,” with studies beginning before prayer at 7:30 in the morning and ending only 14 hours later. The hours, he says, were worth it.

“Through coming and studying here, I was able to reconnect with tradition,” Weinstein explains. “I became part of the chain by talking with rabbis and fellow students.”

Brad Lipitz graduated with a degree in accounting from Binghamton University in May. He will return there in the fall to complete his masters, but in the meantime, Lipitz spent two weeks at Yeshiva. “When I went to college, I had an idea of what it should be like,” he says. “It has taken me four years to find it here, at the yeshiva. People are here because they want to learn. We sit for 12 to 15 hours studying, and then only want to study more.”

Lipitz spent years at Hebrew school, though he admits now that he doesn’t remember a thing from those long afternoons. More recently he has studied intensively with a Chabad rabbi at the university, who recommended he continue his studies at the yeshiva, his own alma mater. The young graduate has been living as an observant Jew for the past year and hopes to continue his yeshiva studies after he finishes his degree and works for a year.

“I plan to return to Morristown to study for as long as it takes me to be knowledgeable enough to be in the real world.”

Most of the school’s students are young men (the average age is 23), who come during college break for an infusion of Jewish wisdom. That’s what brought Jonathan King, a rising senior from Nashville, Tennessee, to Morristown this summer. The “delightful program” is what is keeping him in town for the coming year.

“The chavrusa [one-on-one partner style] system is a really ancient form of learning,” King says. “Learning through discussion and argument is a great way to process and remember the information. It’s also a lot more fun doing it with someone else. And the interactive nature requires you to be constantly involved.”

King has several learning partners throughout the day. He believes that the yeshiva system is different from what he is accustomed to in university, because “it is not just sitting and memorizing. In college, the professor holds your hand and shows you what to do. Here you learn an enormous amount of information on your own, and then just want to learn more.”

Weinstein is headed back to Virginia this week where he must prepare for next semester’s teaching schedule. But he will be back. He hopes to return for Rosh Hashanah and a few days of study. Coming back, he says, is like coming home.

“I was worried how it would feel the second time I came,” he says. “But when I came in it was like coming home; everyone remembered me and was so happy to see me. And then, 10 minutes later, I was sitting and learning again.”