Still the Rebbe Reaches Out 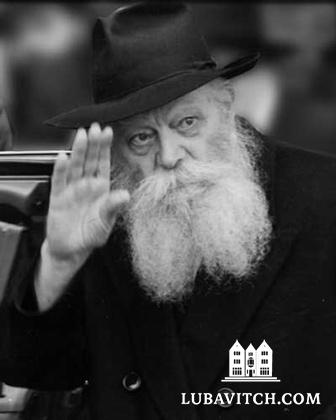 Excerpt of an editorial viewpoint in New York Newsday, April 15, 1994, by Rabbi Michael Paley. The Rebbe passed away two months later, on June 12.  Rabbi Michael Paley is scholar-in-residence and director of the Jewish Resource Center of the UJA-Federation of New York

A friend of mine who works at Beth Israel Hospital recently told me that the presence of the Lubavitcher Rebbe in their intensive care unit has been an incredible event. As he lies there in speechless beauty, hanging between this world and the next, nurses, attendants, orderlies, even physicians, of all different races, religions and backgrounds, feel as if they have been transformed, that something of an extraordinary caliber is happening in their midst. This does not surprise me.

When I was in my early 20s, about to graduate from Brandeis University and head off to rabbinical school, I began to experience some spiritual doubts. A teacher suggested that I visit Rabbi Schneerson, and agreed to arrange the meeting. I traveled to Brooklyn and was led in to meet the Rebbe, who fixed my eyes with his great intensity. It was unlike any meeting I had ever had, a meeting without preliminaries or conclusion. He said few words and did not encourage me to necessarily become part of his community, yet the meeting redirected my life.

As the Rebbe lies in critical condition, I have tried to reflect back on the intense nature of my encounter with him. Why does this man engender so much single-minded devotion? There is a feeling on the part of even his more intellectual followers that discussion of his mortality is taboo. Part of the answer lies in the tradition of Lubavitcher Chasidism. The Lubavitcher community refers to itself as Chabad, an acrostic for the Jewish mystical terms chochma, bina and da'at, which translate as wisdom, understanding and knowledge. The community believes that there are certain souls who possess a spiritual intuition that is all-embracing of the divine. In some of those souls there is even a greater genius: the ability to combine the intellect with simple faith and emotion. These unusual souls are called tzaddikim, or uniquely righteous souls.

If this righteous person is compassionate, he will use his spiritual gift to enhance the life of all his followers and lead them on a path toward emotional, intellectual and practical perfection. But there is another aspect of the Rebbe. Some traditional and mythically oriented Jews believe that of all the souls that have ever been, there is a unique soul, and this soul always exists. Throughout history, great individuals like Moses, Elijah the prophet, Rabbi Shimon bar Yochai – the second century mystic rabbi, and the Baal Shem Tov, founder of Chasidism have had the ability to access this soul so that they can bring to the world the healing wisdom we need. If the force of their ability and imagination, and even physical strength, is sufficient, they can transform the world and all its inhabitants, Jew and non-Jew alike, into a state of peaceful coexistence and spiritual concentration. These individuals are not magicians or miracle workers in the traditional sense of the terms. They are instead extraordinary teachers. Each time such a person appears, there is hope that that person will live long enough to bring repair to the world. It is believed that even if the one with access to the great soul dies, his impact and contribution as a representative of the soul are not invalidated. It only means we will have to wait for the next opportunity to come in contact with the soul again, so that we may be inspired to cooperate by doing good deeds.

In my meeting long ago, I felt from the Rebbe what I have rarely felt from most leaders, religious or political: a vibrant passion and a vision of what the world could be. The Rebbe's presence pierced me and in some strange way increased the velocity of our interaction. We learn from modern physics that at the ultimate velocity, time stands still and there is only a moment of the present. We can feel that moment in love when, on our first date, we look at our watch and find that it is four in the morning, and we have only just begun. The followers of the Rebbe have experienced such a moment with their leader. Questions of who will be next, of what will happen to the Rebbe's power and to his followers, cloud the hope that this is the moment and this is the person. These speculations are for a different time. For the followers of the Rebbe, and I include myself from a distance, this is a time of hope against fear, of love in the face of darkness.