Stabbing at Chabad Headquarters Under Investigation 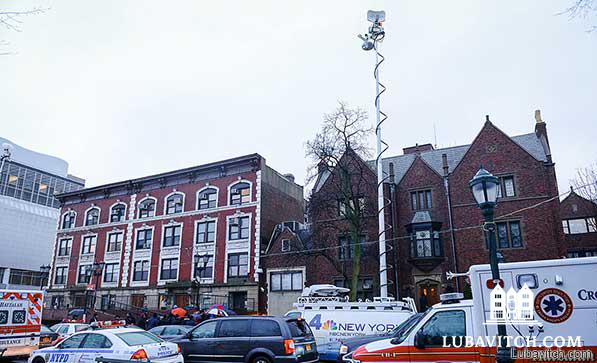 An Israeli student was stabbed last night while studying at the synagogue of the Chabad-Lubavitch Headquarters at 770 Eastern Parkway. He is in stable condition.

According to eyewitnesses, the perpetrator entered the synagogue at 1:37 a.m. and stabbed the student. Witnesses reported hearing him say “Kill the Jews.” Individuals at the scene intervened, attempting to neutralize him until authorities arrived.

Police fired one shot at the attacker after he refused repeated instructions to put the knife down and proceeded to charge at the officer. He was pronounced dead at the hospital.

The wounded student was identified as Levi Rosenblat. Others who were with him are sharing their accounts with the authorities as the investigation continues.

In a statement issued on lubavitch.com, the website of Chabad-Lubavitch Headquarters, Rabbi Yehuda Krinsky said: “Last night’s event is deeply disturbing. 770 is a place of study and worship, a sanctuary of outreach and love. We are working closely with the authorities in their ongoing investigation, and trust that they are doing absolutely everything to prevent other such senseless hate-attacks. We pray for the quick recovery of the wounded student, the safety of the Jewish people here, in Israel and wherever they are.”