Somebody Has It, Somebody Needs It

Matchmaking of a different sort at Chabad Chessed of Forest Hills 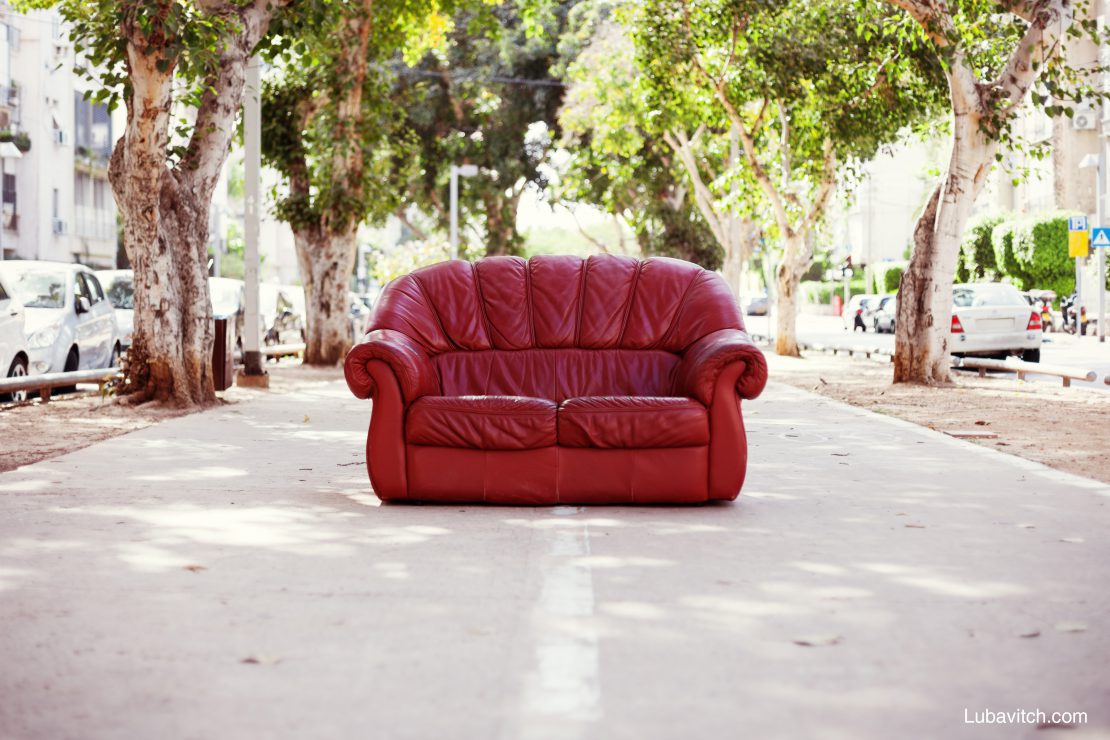 If you Google ‘furniture donations’ in the Queens, New York area, chances are Chabad Chessed of Forest Hills will come up as one of the top five results.

The goods and clothing donation exchange is marking thirteen years of humanitarian aid in the tri-state area. They match donors to recipients for almost any household item imaginable. Directed by Rabbi Mordechai Z. Hecht, Chabad emissary and rabbi at Anshe Sholom Chabad JCC, the organization aims to provide the material needs of the Jewish community.

“You could say that one of the first things donated to Chabad Chessed was the synagogue itself,” Hecht says with a smile. As previously reported on Lubavitch.com, years ago, Anshe Sholom, then a Conservative congregation in Kew Gardens, turned over management to Chabad to keep the synagogue open. This was after he began Chabad Chessed as a young, new emissary who just moved to Queens and needed furniture for his home where he was running activities from. The rabbi posted a notice on the center’s website asking for donations of new or gently used furniture. He received the furniture he needed quickly, but Hecht kept the notice up, realizing there was a need in the community for a furniture donation center.

Since then, the organization has grown to accept and distribute clothing, books, housewares, cars, boats, medical supplies, and Judaic items like Torahs, mezuzahs, and tefillin. They’ve received large libraries and endowments from estate distributions, stock from companies closing down, furniture from homes and offices being renovated, and the occasional unique items like pianos, stamp collections, and dollar bills received from the Rebbe. And they’ve found grateful recipients for every item.

“There are people looking to get rid of stuff they no longer need and there are people looking for those same things,” Hecht says. Alongside his full-time rabbinical duties, this project has become his passion and speaks to his concern for the environment. “The Torah enjoins us to guard and protect the world we live in. Recirculating items that people would otherwise throw out, and giving them to people in need, brings me great satisfaction.” Any Judaic items found in an estate donation, especially books, that cannot be recirculated, are respectfully buried in accordance with Jewish law.

The individuals they’ve helped are as diverse as the items collected. A young lawyer just starting out received office furniture in perfect condition from an established firm renovating its space. A single mother received a crib for her baby from a family who no longer needed it. An elderly rabbi moving to an assisted living center wanted his vast and valuable book collection to be used by the next generation, and with his donation, now it will be. Hecht says he could write a book with the stories he has about the people the organization has helped. And all in a sensitive, discreet and strictly confidential manner so everyone feels comfortable.

Even without advertising, Chabad Chessed has become the go-to address for giving and getting. A recent Facebook post with photos of available items from an estate closing garnered 4,500 views.

In the aftermath of hurricane Sandy, Chabad Chessed distributed daily truckloads of chainsaws, household basics, vacuum cleaners, air filters, furniture, and even food to help with the efforts and replace those ruined by the flooding. Donated Torahs and prayer books were restored and given to synagogues that had lost their own.

People looking for donated wares can find available items at the organization’s spacious loading dock and storage room, in their large book-exchange room, or on their Facebook page and Whatsapp group. There’s also a form on their website where people can specify what they’re looking for. The goods are open to all—Jew and non-Jew alike—regardless of financial ability. Hecht emphasizes that Chabad Chessed does not just cater to people in financial distress. “We’re here for the average individual who just may not have the extra funds for something they want.”

The appreciation comes from both ends of the donation. As one grateful donor put it, “Chabad is giving new life to the furniture I grew up with in my beloved late grandmother’s home by arranging for it to be given to a young couple starting out their married life. My grandmother was close to her local Chabad emissaries, and I knew there was no better place to donate it.”

Hecht dreams of expanding Chabad Chessed’s operations. He envisions a 50,000-square-foot warehouse displaying the donations and a team of employees picking up the items from the donors, maintaining them, and delivering them to the recipient. The high-end goods would be sold to fund the enterprise while other items are sold at a major discount. Eligible “shoppers” with recommendations from spiritual leaders or social workers would be able to take certain items free of charge. “All I need is the financial ability to make this happen,” says Hecht.

“You don’t need a million dollars to help someone,” says Hecht. “Sometimes, you just need an extra blanket.”