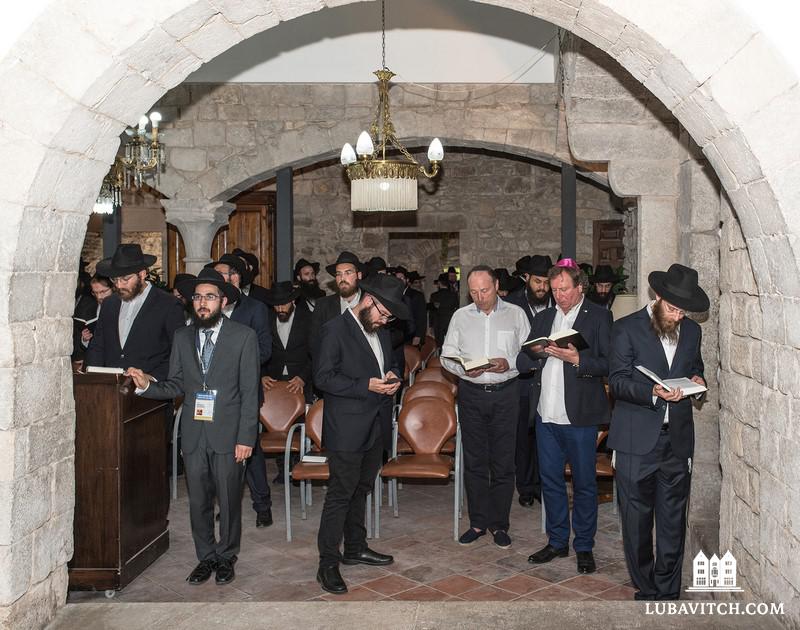 A picturesque city in northeastern Catalonia famous for its medieval architecture and the old Jewish Quarter, Girona was host to the first-ever European and Central African Regional Conference of Chabad-Lubavitch Emissaries earlier this week.

Forty-eight Chabad emissaries representing 25 countries from Europe and Central Africa traveled from as close as nearby Barcelona (an hour’s drive) and as far as the island of Mauritius, a 5,500 mile-distance, to participate. The convention addressed the concerns particular to emissaries serving in small communities, the majority leading relatively new Chabad centers which opened after 2000.

“Working as an emissary in these small communities usually comes with a specific set of challenges that are different from those in larger, more central cities,” acknowledges Rabbi Avrohom Yitzchok Rosenberg, Chabad emissary to Girona.

The three-day event included workshops and classes, giving participants the opportunity to explore community building issues, effective relations with with local governments, creating a local Jewish infrastructure and other innovative approaches to Jewish outreach. Carles Puigdemont, president of the Generalitat de Catalonia, was in attendance during the opening.

Participants visited the gravesite of Rabbi Moses ben Nachman (also known as Nachmanides, 1194-1270), a leading medieval Jewish scholar whose texts are widely studied today. Known as “Ramban,” he was born and lived in Girona during a prosperous period of Jewish life. This would change in the 12th century, with the massacre of Jews in 1391, when Jews were forced to choose between conversion or death. Less than 100 years later, the remaining Jews were expelled.

“It’s been 500 years since the expulsion, and until now, no rabbis came here because it was not ‘worth it,’” explains Rosenberg. With a tiny Jewish population of 250, “There simply weren’t enough Jews to justify the move.”

But since settling there a year ago, Rosenberg has conducted 30 bar mitzvahs, and many other Jewish ceremonies and life-cycle events. It’s breathing new life into an ancient city whose Jewish community has practically been off the radar for all too long.

“This convention has helped put Girona on the map and shine a spotlight on the city’s Jewish Quarter.” The event has given the community’s Jews a much-needed boost, says Rosenberg. “It inspired them. It gave them pride.”

The weekend event was organized by the The Shluchim under the direction of Merkos L’Inyonei Chinuch and Rabbi Moshe Kotlarsky, and was attended by Russian businessman Shimon Aminov, who shares close ties with Chief Rabbi of Russia Berel Lazar and has been instrumental in supporting the renewal of the Jewish community in Girona. Rabbi Dovid Libersohn, Chabad’s emissary to Barcelona and mentor to Girona’s rabbi, coordinated the logistics, bringing the necessary elements together to create a rich experience.