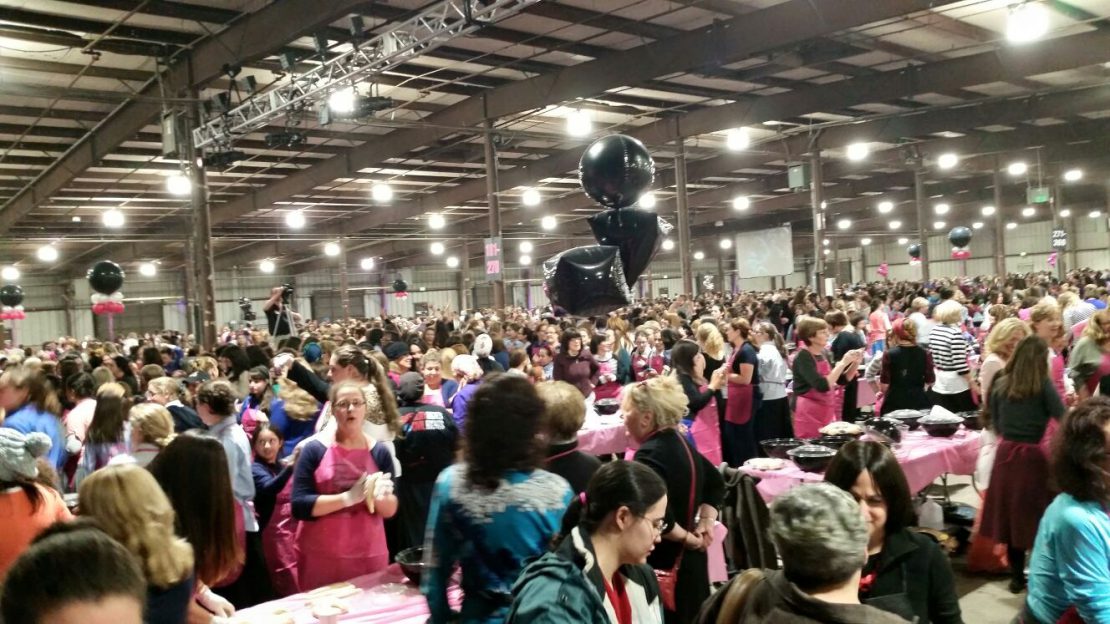 The Shabbos Project, now in its third year, anticipates the participation this weekend, October 23-24, by possibly as many as a million Jewish individuals and families worldwide in the observance and celebration of a traditional Shabbat experience.

In preparation for the International Shabbos Project, thousands of women from across the Jewish spectrum joined each other at hundreds of locations in major cities around the world to bake challah. The “Mega Challah Bake was the kickoff to a grand Shabbat around the globe.

The grassroots initiative will familiarize Jews of every affiliation and those of none at all,  with the various aspects of Shabbat and its centrality to Jewish peoplehood. Notably, The Shabbos Project is not merely about performing a symbolic gesture to acknowledge Shabbat, but about an authentic Shabbos observance: unplugging from electronics, refraining from various forms of work, and immersing oneself in the age-old rituals of the Jewish day of rest.

The initiative began in Johannesburg three years ago, led by South Africa’s Chief Rabbi Dr. Warren Goldstein, who designated a Shabbat in October that was kept in full by over 70% of South Africa’s Jewish population. The idea spread rapidly across the globe, and last year nearly a million people in 465 cities and 64 countries took part. An untold number of Jews observed Shabbat in full for the first time in their lives.

This year, communities around the world are gearing up for a Shabbat that could well eclipse last year’s. A partner network of volunteers working to bring the Shabbos Project to their city has snowballed from 1,800 last year to more than 5,000 dedicated volunteers who have worked to bring The Shabbos Project to some 550 cities and counting. Many Chabad Houses and Chabad representatives will be participating and directing events from their local centers around the globe.

No matter one’s level of Jewish knowledge, observance, or literacy, the Shabbos Project is an invitation to every Jewish individual to join for an immersive Shabbat experience. To learn more about Shabbat and get in on the action, contact your local Chabad representatives.