At an event arranged by Chabad of Denmark, Danish survivors sailed to safety for a second time 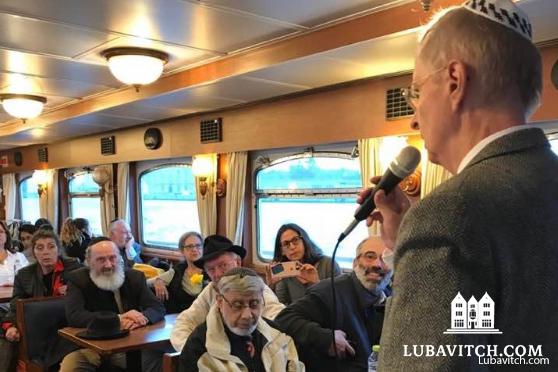 All News
By Mussi Sharfstein , Denmark

Seventy-five years after Denmark’s Jews were saved from the Holocaust, 100 people joined Chabad of Copenhagen’s rescue re-enactment at a Sukkot event on September 26.

The story of Denmark Jewry’s rescue is a beacon of light and comfort in a period of otherwise intense darkness and tragedy. Three years after Germany invaded Denmark in 1940, plans to deport local Jews to concentration camps were leaked to the community. In an astonishing act of defiance, bravery and kindness, the Danish resistance and many ordinary citizens organized an operation to bring their Jewish neighbors to safety. They were hidden in homes and hospitals, and some 7,000 Jews were successfully ferried to neutral Sweden. Though approximately 500 Jews were caught and sent to the Theresienstadt concentration camp, 450 survived to return to Denmark before the end of the war.

Out of the original population of 7,800, approximately 100 of Denmark’s Jews perished in the Holocaust. Over 99 percent of them survived, making Denmark one of the only countries that protected its Jews during the Holocaust. Rabbi Yitzchok Loewenthal, who directs Chabad of Copenhagen and organized the event with his wife Rochel, estimates that there are 6,000-7,000 Jews living in Denmark, today.

Following the route the Danish Jews took during the rescue to Sweden, participants gathered at the coast and boarded a rented boat that sailed toward Sweden. During the trip, survivors of the original journey shared their experiences.

“It was windy and cold,” says Rochel, “but the temperature only heightened the realism of the experience. It gave us a small taste of what the original journey must have felt like.”

“The weather today may be uncomfortable,” said Mette Bentow, introducing the survivors and their stories, “but it doesn’t come close to the overwhelming feelings of fear, felt by those who escaped.” Not all them made it. Some of the fleeing Jews drowned during the crossing, including family members of participant Lone Nachman.

When the boat reached Swedish waters, an approximate 4-kilometers from takeoff, the crowd paused and recited the Kaddish prayer for those who hadn’t survived the dangerous crossing. Survivors then recited the traditional she’asah li nes blessing, thanking G-d for the miracles that kept them alive.

The trip back focused on thanksgiving, and looking to the future with music, food and a Sukkot celebration.

Some of the children and grandchildren of the Danish rescuers participated in the event, as did locals and international students studying in Denmark’s capital. Rochel says, “I think it’s important for the next generation to hear these stories and be aware of our history as a people.”

For more information and to support Chabad of Denmark, visit www.ChabaDenmark.com 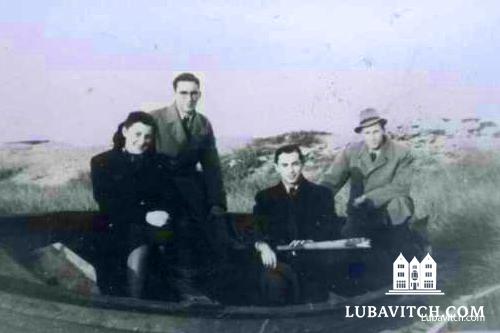 Danish Jews arrive in Sweden, after a daring rescue, in September 1943 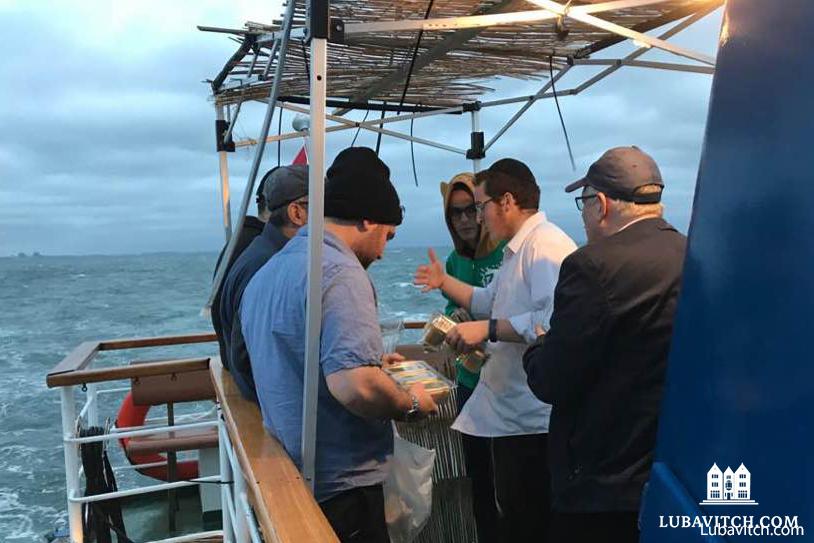