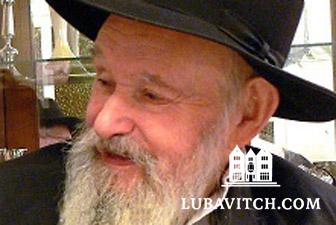 Rabbi Pinson was born in Charkov, Russia, and studied at Chabad underground yeshivas until he emigrated to France. In 1960, he was sent by the Lubavitcher Rebbe, Rabbi Menachem M. Schneerson, of blessed memory, to serve Tunis’s Jewish community.

Rabbi Pinson developed many Jewish institutions in Tunis, including a boys’ yeshiva, a pre-school, a day school, a mikveh, a Jewish library, a synagogue, and more.