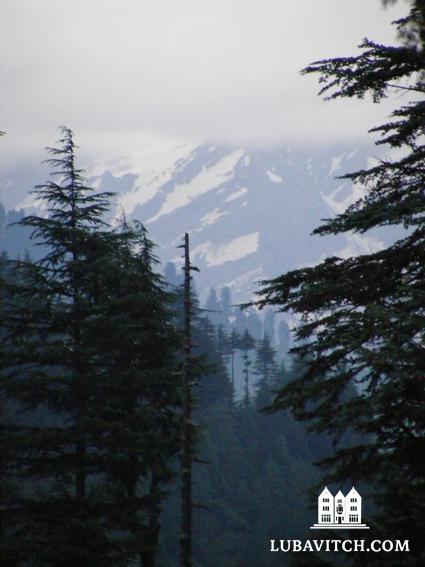 A view of the treacherous terrain of the Parvati Valley, where teams are searching for the missing Israeli.

(Lubavitch.com) It has been a week since 24 year-old Ami-Chai Shtainmitz, an Israeli backpacker touring India, was last seen. Originally from Maaleh Levonah, the army veteran left Israel five months ago to tour India.

Last Tuesday, he set off from the village of Khirganga to explore the Parvati Valley. He has not been heard from since.

Levi Pekar, 21, and Yehuda Kirsh, 23, are in Manali as part of Chabad’s worldwide summer visitation program.

Levi Pekar has kept a diary of the group’s efforts to locate Shtainmitz. His colleague, Yehuda Kirsch, is with one of the search parties.  One of the pair will lead Tisha Ba’av services in Manali for touring Israelis, while the other continues to search.

The following is Levi’s most recent journal entry, which he shared with lubavitch.com.

We arranged a morning meeting with Jewish tourists looking to volunteer to join a search party. After the meeting, eighteen backpackers committed to the search for their missing comrade.

Yehuda and I debated for a long time which one of us should go with the group. His argument was that he is a better organizer, whereas my claim was that I’m taller, in better shape, and have hiked a lot before. We both wanted the honor to search for Shtainmitz, and when he was chosen, I was disappointed.

Three jeeps left Manali with 18 Israeli volunteers, two Americans, and Yehuda. The atmosphere was somber. Yehuda and I jotted down their names and handed out Tefilat HaDerech (the Prayer for Travelers) cards.

After they pulled out, at about 1:30pm, I walked around town trying to recruit more people for the search. For the remainder of the day, I answered questions from reporters and locals, organized more jeeps for tomorrow’s efforts, and prayed for Ami-Chai’s safety.

Later, Yehuda reported, by phone: His group arrived in Kasol at appx. 4:30pm, after a harrowing ride over tiny roads, at 50 mph, and cows surrounding them on each side. The roads were dangerously narrow.

They left half an hour later by jeep towards Khalga. After a 45 minute drive they stopped and hiked for an hour to reach the village. There they were greeted by Yochai the head of  the insurance company’s (Harel) 669 rescue unit. Yochai gave them a detailed briefing on what they had to do and how they were to do it. With that, the group ate dinner at the local Bait HaYehudi in Khalga, run by a very welcoming Breslov couple, Bnei-Yah and Miriam. After supper they retired early in preparation for a long tomorrow.

I woke up at 7:00am after a six-hour sleep. I hadn’t slept in 72 hours, so you can imagine that I was a little bit discombobulated. I immediately began organizing the next group to leave for Kasol.

At around noon a jeep pulled out with 10 people and at 5:00 pm another 8 guys followed. I had hoped to join the search, but due to torrential rain Yehuda couldn’t come back today. God willing I shall leave tomorrow for Kasol.

Yehuda called me with an update. He woke at five in the morning. Within a few hours, he was on his way to Bunbuny through Khirganga. He left the main camp with nine others. An Indian tracker assisted them. Oddly, a stray dog joined the group and stuck with them for the remainder of the day (they felt it was divine providence). After a couple of hours of strong rain, fierce winds and dense fog they came upon a tattered red shirt. At first they thought it was Ami-Chai’s, because he was last seen wearing a red shirt. But after examining it, they realized it was a child’s size. They had a few other close calls, but unfortunately did not find Ami-Chai. Due to the harsh weather, they stopped off at Khirganga and didn’t proceed for the rest of the day. That’s where the search party is now.

The group checked into a guest house and was asked at the front desk if Ami-Chai was some kind of celebrity because everybody is looking for him. One member of the team, who doesn’t consider himself to be a religious Jew, said that he is a Jew, so he is family.

Click here to read part one of Levi's diary