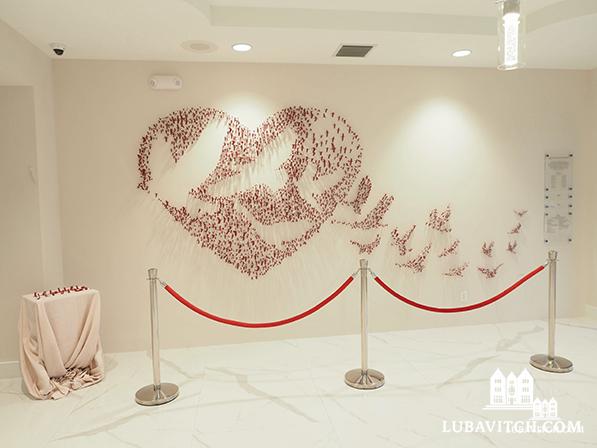 All News
By Rhona Lewis

On Thursday, February 14, a sculpture immortalizing the story of 3,320 students was unveiled at Chabad of Parkland. “Every student at Marjory Stoneman Douglas High School was affected by the shooting two years ago,” says Rabbi Shuey Biston, the Chabad center’s outreach and program director.

Last year, on the first anniversary of the shooting, in a project titled Turning Darkness into Light, together with artist Gary Rosenfeld, participants created a Shabbos candelabra of metal and glass in memory of the students who were killed. It was a way of channeling the tragedy into something positive.

The drive to forge forward in a positive way is the impetus behind the Marjory Stoneman Douglas Eagles Nesher Memorial. “Parkland is a smallish city with about 30,000 residents, 30% of whom are Jewish. When I heard about the shooting, I knew that some of the kids who had been bar and batmitzvahed in our shul were at the high school,” says Rabbi Biston. Rushing to the scene, Rabbi Biston worked to connect kids with their parents and later to identify the bodies of the victims. Alyssa Alhadeff, 14, a well-rounded teenager who loved soccer and sunsets and had been batmitzvahed at Chabad of Parkland, was among the victims.

A month after the tragedy, Rabbi Biston, part of a Jewish Learning Institute (JLI) delegation in Jerusalem, came across the artwork of Joel Amit in a gallery in Mamilla Mall. “I realized that his work with butterflies, birds and fish could memorialize the victims in a meaningful way,” says Rabbi Biston.

It took over 18 months of collaborative effort, and the memorial, unveiled in the lobby of the Michael & Betsy Brauser Chabad of Parkland Center for Jewish Life, is made up of 3,320 eagles, one for each student who was present on February 14 of 2018. The individual eagles come together to form the shape of 17 larger eagles, each inscribed with the name of a victim, who are soaring to the heavens through a heart. “The memorial represents the connection between the 17 victims and the other students. They are bound together through the good and the bad,” says Joel. “The heart shows the love of a supportive community…but it has gaps in it to show the loss that our hearts are feeling.”

Present at the unveiling were representatives of the community including the Mayor of Parkland, Christine Hunschofsky and Broward County Commissioner Michael Udine. The Educational Director of Chabad of Parkland, Rabbi Mendy Gutnick, spoke about how remembering is a mitzvah. To promote the mitzvah of charity, each participant was given a dollar bill. An inspiring video of the Rebbe giving out dollar bills was screened to emphasize that a dollar is much more than its monetary value; it’s a constant reminder that the Jewish people are all about helping others both spiritually and materially. Ilan Alhadeff, father of Alyssa, spoke about the strength that Chabad gave him and the legacy of going forward. Finally, the 17 eagles, each inscribed with the name of a victim, were placed on the wall by family members or a representative.

“The following day, hundreds of Parkland residents came to view the memorial. We encouraged them to take on a mitzvah in memory of the victims and to record their mitzvah in a special ledger,” says Rabbi Biston.

Lori Alhadeff, Alyssa’s mother, together with the foundation Where Angels Play, has undertaken to build a children’s playground for Chabad of Parkland. She wanted to involve the Chabad community because they were so loving after Alyssa passed away. Like the Parkland memorial, it’s all about forging forward with positive commemoration. 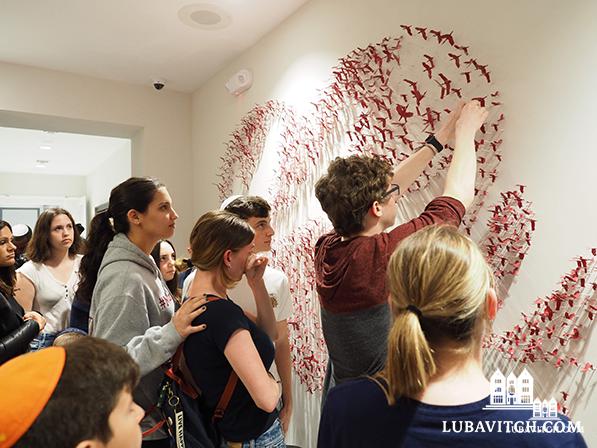 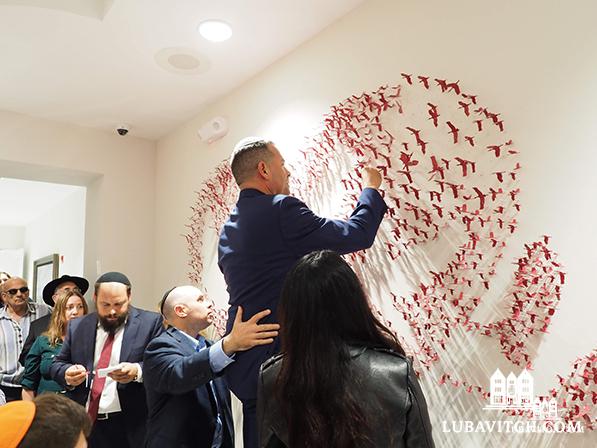 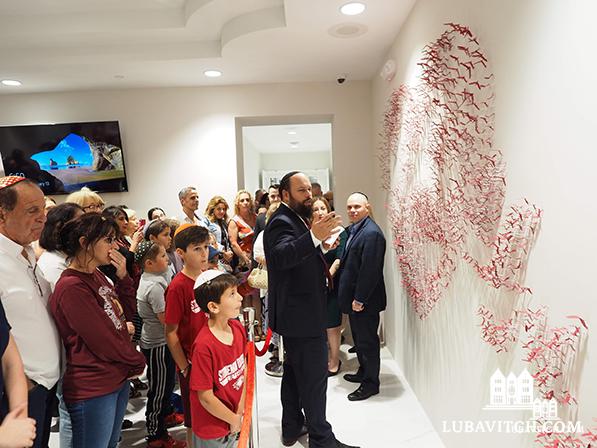 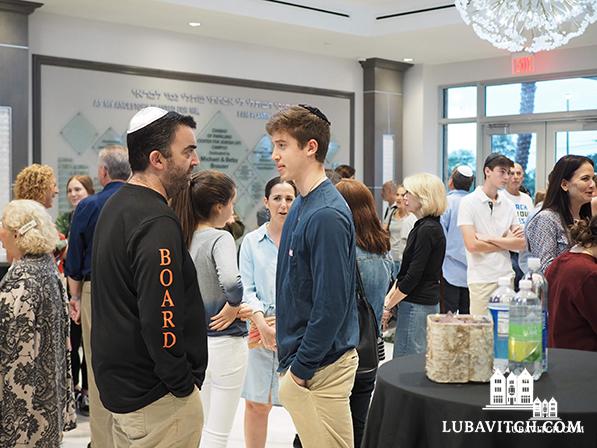 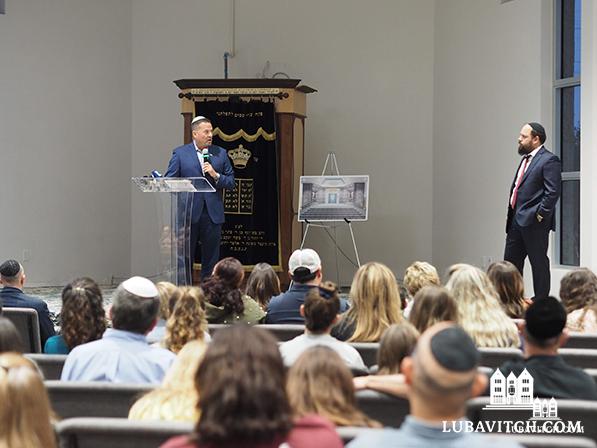 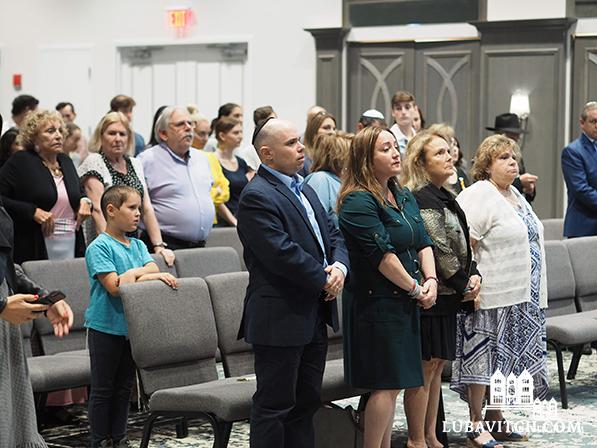 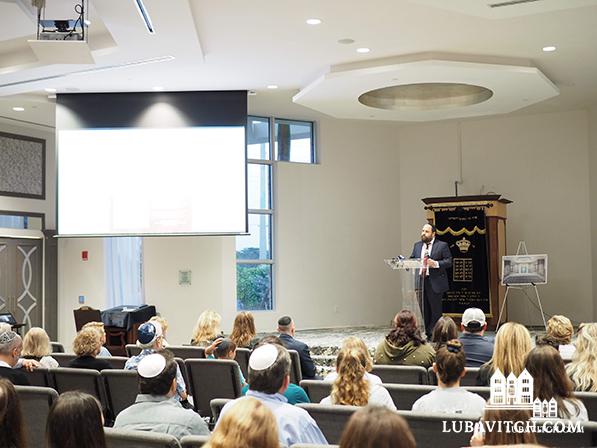