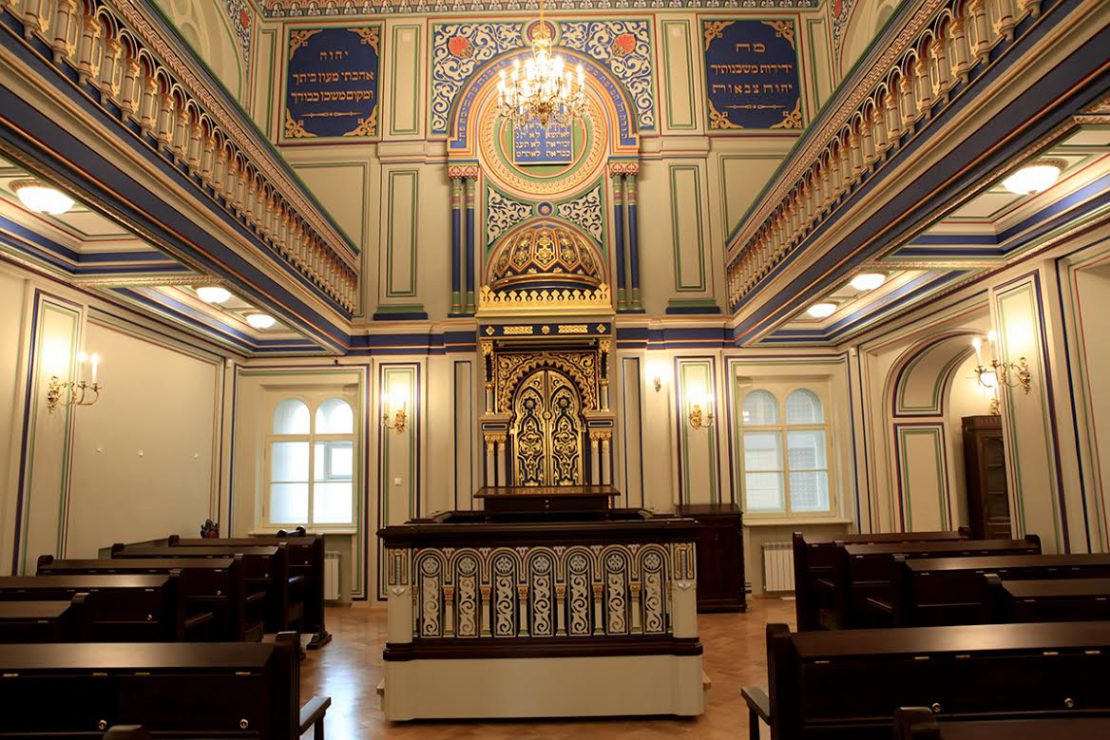 The oldest prayer hall of S. Petersburg, Russia, known as the “Small Synagogue,” opened its doors to the public after four years of renovations in the days following Rosh Hashanah.

A beloved city landmark, the hub of Jewish life even under the most grueling conditions in the past century, its opening was celebrated by members of local Jewish community, business and cultural leaders and heads of city administration.

Even during World War II, when the city was under German siege and people were routinely dying from bombings, hunger and cold, its doors remained open. During the years of perestroika, the Small Synagogue was the first place that young Jews searching their roots gravitated to.

In 2011 the city’s Jewish community undertook a massive project to restore and renovate the 130 year-old building. Its facade and historic interior featuring a gold-covered bima, unique patterned ceiling and wooden floors had become worn down and in need of renovation.

Sponsored by Mrs. Lili Safra, in memory of her late husband Mr. Edmond Safra, the building’s renovation restores to the local community a treasured landmark that now stands in its full historic glory.

“Re-opening of the Small Synagogue is a joyous moment,” said Rabbi Menachem Pewzner, the chief rabbi of Petersburg. “And it is symbolic that this happens on Rosh Hashana.”