Rosh Hashana: Remembering the Past, Committing the Future 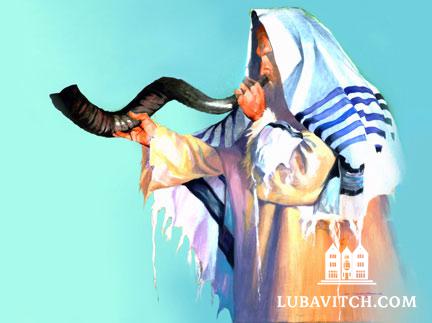 “So said Hashem: I remember for your sake the kindness of your youth, the love of your bridal days, how you followed Me in the wilderness in an unsown land . . .” (Jeremiah, 2:2; Rosh Hashana liturgy)

Rosh Hashanah, generally regarded as a time of austerity, is actually a day variously layered with great spiritual themes. More than any other holiday—all of which are commemorative to some degree, the Jewish New Year, also named Yom HaZikaron—The Day of Remembrance, is about memory itself; not only about our memories, but about G-d’s remembrances of us in the spring of our shared romance.

So it is a particularly good time to be thinking about the role of Jewish memory, how well we retain, and, more importantly, how well we transmit those memories—without which it would be difficult to imagine a relationship, much less expect our children to entertain having one. As if anticipating the possibility of individual and collective amnesia, the Torah admonishes us, zakhor, remember . . . lest you forget . . . and it gives us the tools by which we keep memory alive to the relationship, generation to generation.

Jews who as adults come for the first time to the Shabbat table, for example, may well appreciate this, and their response, as they observe a family celebrating an ancient tradition with grace and intimacy is telling. At times, a face lights up and a guest will volunteer that they remember a grandmother lighting Shabbat candles. But there is visible sadness in the eyes of a Jewish man or woman who has no such memory. With no recall of the experience to draw upon, they must begin a learning process denied them in their youth to fill the gap.

In Letter to His Father, Franz Kafka famously calls his father out for this failing: “You really had brought some traces of Judaism with you from the ghetto-like village community . . . but it was too little to be handed on to the child; it all dribbled away while you were passing it on. In part, it was youthful memories that could not be passed on to others . . .” Like Kafka’s father, parents often come too late to the realization that whereas their own memories may have served them well, they could not be passed on vicariously; that transmission occurs not through nostalgia, but through the practice of traditions and rituals.

Early childhood development studies show the value of rich, sensory experiences that engage and stimulate the child’s imagination, and engender feelings of ownership. These early experiences become the stuff of lifelong associations that can make all the difference in how someone relates to their Judaism as an adult. Ideally, the home is the incubator for these first experiences, but even where it is not, children can have the benefit in a Jewish preschool.

It is for this reason that Chabad shluchim have developed outstanding preschools, some of them ranking top in the country. Purveyors of an integrated, organic education, these preschools demonstrate that children gain most when the foundational essentials of a positive, participatory Jewish early experience informs all the other ideals and values the preschool seeks to impart.

But it’s not enough. Children who continue their education through elementary school and high school without a strong Judaic curriculum risk coming into adulthood with a much compromised Jewish identity. The disparity between a juvenile conception of Judaism that ended at age five, and their sophisticated academic achievements in other areas, may leave them with the notion that Judaism is for children only. Without a consistent Jewish education that grows at a pace with them, there is little to compel mature engagement, intellectually or religiously as Jews, to speak nothing of animating a fulfilling and meaningful relationship.

In a recent Lubavitch International interview, former Chief Rabbi Jonathan Sacks made the case for changing the status quo. He said that over a period of 20 years the number of Jewish children in England attending Jewish day school tripled. Now, in the U.S., unlike in Great Britain, there is no public funding for private schooling, so a majority of Jewish children go to public school. Hopefully, they compensate in some measure by supplementing with Hebrew School, Jewish summer camps, and when at college, by joining Chabad or other Jewish student organizations. But settling in this way is not without risk, to our children, our future.

Perhaps we haven’t made a strong enough case for Jewish education with major philanthropists. Bigger projects have been funded, and the large gifts to universities and museums that make headlines every now and then indicate that the funds are out there. True, the problem has been studied, analyzed and endlessly deplored. Ideas have been floated, different ones implemented, and every one failed.

It’s tempting to leave it at that. But the Lubavitcher Rebbe did not think we ought to become resigned to these circumstances. And how can we when there are roughly 1.8 million Jewish children in the U.S. of which only 10 percent attend a Jewish day school? How can we when we are continuing to lose Jews to assimilation every day because they didn’t have access to Jewish schooling?

It’s a new year, a time to tackle stubborn problems with creative energy and fresh insight. This year is also a Sabbatical year, and although the agricultural laws of the shemittah don’t apply to Jews in the diaspora, it beckons us to step back from the commonplace and the quotidian, and dedicate our energy to concerns of the mind and spirit in the interests of Torah and the perpetuation of Jewish memory.

Wishing all our readers the blessings of a good, sweet year.