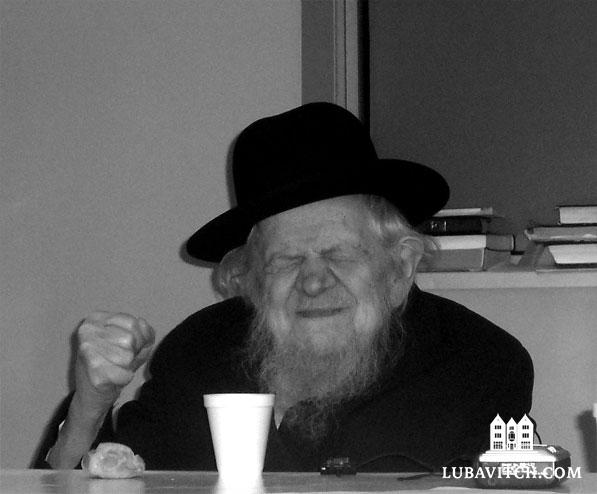 Rabbi Menachem Zev Greenglass, a survivor of the Nazi invasion of Poland and renowned educator to thousands, passed away Wednesday, December 29 after a lengthy illness. He was 94.

Born to Avraham Yechiel and Yuta Chava Greenglass, Menachem Zev – or Volf, as he was affectionately called – was raised in the Polish industrial city of Łódź. At the time, Łódź’s Jewish population, over 200,000– a third of the city’s total population– was home to a vibrant Chasidic community. Young Volf studied in the yeshivas run by the Rebbe of Aleksander.

An evening prayer in a local house of study, however, would drastically change the direction of Volf’s life. In the corner of the synagogue stood Moshe Elya Gerlitzky, a student of the Lubavitch-run Tomchei Temimim network of yeshivot and future life-long friend of Volf. The sight of Gerlitzky immersed in prayer was for Volf a revelatory experience. So great was the intensity of Gerlitzky’s divine service that Volf decided to join him in the central Lubavitcher Yeshivah in Otwock, Poland.

Throughout the summer of 1939 tensions were high in Poland. After invading Austria and the Sudetentland, Nazi Germany entered neighboring Czechoslovakia in March of 1939, after which the Germans turned their eyes eastward in search of lebensraum.  Despite the fears and apprehensions, Poland was unprepared for what would happen next.

On September 1, 1939 German tanks rolled into Poland, crushing the ill-prepared Polish army. This Blitzkrieg, Germany’s tactic of ‘lightening war,’ sent Poland into chaos. Seeking greater protection from German bombers, Volf joined thousands of others in flight to Warsaw, the Polish capital. Joining his fellow yeshivah students of Tomchei Temimim, the group managed to make contact with the Previous Lubavitcher Rebbe, Rabbi Yosef Yitzchok Schneerson. The Rebbe, who had gone into hiding, instructed them to join other yeshivah students fleeing to Vilna, Lithuania. At the time, the Soviets had reinstated Vilna as the capital of Lithuania, and there was hope that newly empowered Baltic republic would provide a safe haven.

On 19 Kislev, the so-called Rosh Hashanah of Chasidism, the yeshivah students decided it was time to depart to Lithuania. Not wanting to leave without a final blessing from the Previous Rebbe, Volf was chosen to go on their behalf. At the time Warsaw was under Nazi martial law. Despite the risk, Volf ventured out into the Ghetto. Fluent in Polish, the fair-haired, blue-eyed Volf disguised himself in the clothes of a Polish peasant. Approaching the window of the basement where the Rebbe hid, Volf saw his Rebbe deep in thought. Locking eyes, the Rebbe gave a knowing smile to his student. For a moment the two individuals, the Rebbe in hiding and the chasid in disguise stood there in silent communication. The next morning they left Warsaw.

Splitting into groups of two, the students of the Yeshivah began the dangerous trip to the Lithuanian border. Volf, together with his friend Menachem Shmuel David Raichik, a future pioneer of Jewish life in Los Angeles, set out across the Polish countryside. At one point the two yeshivah students were interrogated by Nazi soldiers. Seeing their tefillin, the solider forced the two to strip down to their under garments – in the height of winter – and stand in mock prayer.

Despite the harrowing journey, Volf, Raichik and others eventually made it to the Lithuanian capital.

While life seemed to return to normal in Vilna, the Polish refugees remained all too aware of the danger that loomed only next door in their homeland. Along with students of the Chachmei Lublin and Mirrer Yeshivot, Volf and 53 other students of the Chabad yeshivah managed to secure transit visas from Japanese consul Chiune Sugihara in Kaunas, Lithuania. Visas in the hand, they traveled on the Trans-Siberian railway across Russia and the vast Siberian Steppe to the Eastern port of Vladivostok and on to Kobe, Japan.

Though Japan was far from the reach of the Nazis and their trail of destruction, the yeshivah students were still unable to rest. The visas offered by Sugihara were only 10-day transit visas – but the students, along with the thousands of Jewish refugees who poured into Japan’s borders, had made no plans to travel further. Ultimately, they found refuge in Japanese annexed Shanghai, in China.

In 1941, Volf and eight of the other senior students acquired visas to Canada. Crossing the Pacific, the nine world-weary refugees hoped to travel to New York to visit their Rebbe. Upon arriving in Montreal, however, in the autumn of 1941, the Rebbe gave them a very different set of instructions; they were to establish a yeshivah in Montreal.

Despite opposition from certain elements in the broader Jewish community, Volf and his colleagues opened their school to an initial class of seven students. By Chanukah, the school had grown to 27. Volf, already known for his understanding of Chasidic thought and the demanding service of prayer in the Chasidic custom, became the new school’s mashpia – spiritual mentor.

The fame of the yeshivah grew, and soon students came to Montreal to study under Volf. Rabbi Yitzchok Meir Gurary, today the senior mashpia in the Montreal yeshivah, recalls his early years of study under Volf.

“I came to Montreal in search of a mentor,” says Gurary. “The lessons he taught me stand to this day.”

Gurary claims that it was Volf’s deep-seated humility and earnest love of his fellow man and Creator that most influenced him. Indeed, Gurary credits Volf for bridging the gap between the old-world and Montreal, giving the Yeshivah its unique syle of spiritual service and unflinching commitment to Jewish tradition. Known for his modest life-style and unassuming nature, Volf scorned any sign of flattery or ego. Virulently opposing honorifics, Volf even insisted that his thousands of students address him with humble Yiddish title of “Reb.

Life was not easy for Reb Volf. His wife Esther suffered from chronic health issues. Their daughter, Yuta Chava, slipped as a child and entered a vegetative state, lingering for many years until her eventual, untimely, passing. Rabbi Dovid Cohen, married to Reb Volf’s daughter Suri, recalls the difficult schedule his father-in-law maintained. At times Reb Volf would spend the entire day with his daughter in the hospital, returning home in the evening to care for his other children as they returned from school, and then rush off to the yeshivah to teach his students. Despite a life of continued difficulty, Volf remained optimistic – receiving everyone he met with the same good humor and modest approach.

“When I joined the family,” Cohen says, “my father-in-law not only took me in – but my entire family. He cared for us, as he did with everyone who he came to know, like a father.”

Reb Volf would write two books during his lifetime. His Sefer Haminhagim, compiled with Rabbi Leibel Groner, the secretary of the Lubavitcher Rebbe, Rabbi Menachem Mendel Schneerson, of righteous memory, has become the standard collection of Chabad Chasidic customs and practices. Lekutei Dinim, a guide to daily life written Yiddish, was edited by the Rebbe. Indeed, throughout his life, Reb Volf remained a dedicated follower of the Rebbe – dozens of the letters exchanged between the two fill Igros Kodesh, the printed volumes of the Rebbe’s correspondence.

In his last will and testament, Reb Volf requested that his family make his three final requests known to the general public: that anyone he may have offended with a sharp word or joke forgive him; that any person owed money by him turn to the family for immediate reimbursement; and that his students learn chapters of Mishnayot in his memory throughout the year.

Reb Volf is survived by his children, Avraham Yechiel, Yosef Yitzchok and Suri, as well as grandchildren and great-grandchildren.