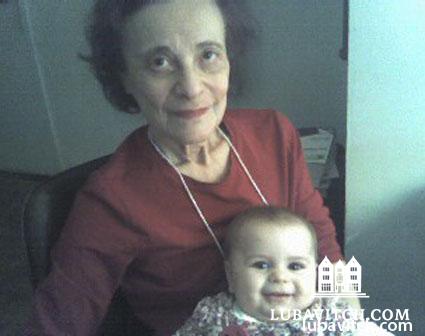 (lubavitch.com) “They survived and gave us a future. We are here because of them,” explains Rabbi Tzvi Tauby. “Their sacrifices affect our lives every day.”

As co-director of Ivolunteer, a New York-based visitation program for Holocaust survivors, Tauby insists that Holocaust survivors’ needs, emotional and physical, must be met regularly. His organization matches volunteers with homebound survivors for companionship and support.

Simon Gossel lives in a comfortable apartment in New York City. The 88-year old, originally from Emden, Germany, says that his weekly visits with Jeremy “bring fresh ideas into my little world.” The two study works of Jewish philosophy and discuss current events. They also talk about their college experiences. Jeremy is currently a student at Yeshiva University: Gossel graduated from the same institution in 1962.

Gossel’s experiences during the Nazi regime (he survived five concentration camps including Auschwitz) affect everything he does. “I was in the real stuff,” he says. “I am a survivor. Today’s commemoration does not make too much of an impression on me, as we combine our remembrance with Tisha Ba’av,” (the solemn fast day on which the destruction of the Temples in Jerusalem and other devastation in Jewish history is commemorated).

For this aging population, one thing is of utmost importance. “The younger generation must not forget what happened, so that it will never happen again.” This is not just a catch-phrase for Dora Marcus, a survivor from Vienna. “I think about the Holocaust a lot,” she admits. “I think there is a danger that it will happen again. You see that they want to destroy Israel.”

Marcus has had many volunteers throughout her five-year connection with Ivolunteer. “If it comes up,” she says, “I tell them about the war. I tell them about my experiences. It is their past; it is the history of all of the Jewish people.” After a hellish year under the Nazi regime, Marcus and her family were able to escape to Palestine. But only after her father was forced to flee and her grandmother and most of her relatives were murdered. She was ten years old.

Although she recently transferred to the University of Pennsylvania to complete her PhD, Elika was a regular visitor to Marcus’ Manhattan apartment. “She visited every week for four years while she was studying at NYU,” says Marcus. “She taught me Russian and I helped her with French and German.” The two also share a love for music and museums. “We had a wonderful, excellent relationship,” reminisces Marcus. “And she still sends me postcards, calls, and visits when she is in town.

“The most important thing that someone can give a Holocaust survivor is emotional support,” believes Marcus. “We want their understanding, their caring. Their friendship.”

Though the program’s volunteers assist with shopping, accompany survivors to appointments, and help them in their homes, friendship, ultimately, is the real result.

And that goes both ways, insist survivors and volunteers.

Related Articles
View All
In Late Life, Isolated Holocaust Survivors Find New Friends
(lubavitch.com) It is nearly 70 years since the start of the systematic, state-sponsored murder of over six million European Jews. Today, with anti-Semitism on a…
Get Inspiration to your inbox!
Newsletter
Join our weekly newsletter for inspiration and updates
Donate
Find Your Local Chabad Center
Chabad
About Chabad-Lubavitch
About Chabad Lubavitch
The Rebbe
Headquarters
Magazine
Magazine
News
News & Updates
In The Media
Impact
Social and Humanitarian
Social and Humanitarian
Education
Education
Community
Community