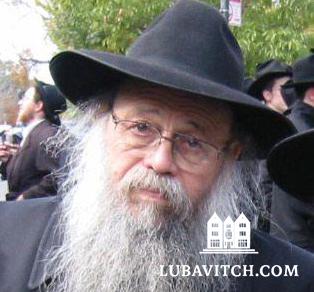 (lubavitch.com) Tuesday marked the fifth anniversary of the passing Rabbi Yehuda Leib Raskin, Chabad emissary to Morocco for more than 44 years.
Born in Russia in 1933, Raskin escaped with his family to Kazakhstan during World War II. There he met Rabbi Schneerson’s father, Rabbi Levi Yitzchak Schneerson, right after his release from prison and exile. The young Raskin often assisted Rabbi Levi Yitzchak with his religious and physical needs.
After the war, the Raskins left for Israel. In 1951, when Rabbi Schneerson ascended to Lubavitch leadership, Yehuda Leib moved to Crown Heights, Brooklyn. In 1960, the Rebbe asked Rabbi Raskin to be his emissary to Morocco and join Rabbi Shlomo Matusov in managing Chabad’s 70 educational institutions there. He was one of the first emissaries appointed by the late Lubavitcher Rebbe, Rabbi Menachem M. Schneerson, of blessed memory.
In 1983, the Rebbe sent a group of eight rabbinical students to study for a year in Morocco’s yeshiva and work actively to strengthen Jewish life in the city. Shneur Avtzon, Shneur Blumenfeld, Aharon Deitsch, Yehoshua Kahanov, Shimon Mochkin, Yehoshua Morozov, Benyamin Serebransky, and Daniel Kaye joined forces with Rabbi Raskin’s Outreach Center, dedicating their break times and evenings to his mitzvah campaigns and youth and elderly activities.
“We went with Rabbi Raskin to a local Jewish elderly facility every night of Chanukah. We helped them light the menorah and shared the joy of the holiday,” the group writes in their published memoirs of the experience, Mayanot Mapchim B’Morocco. “Rabbi Raskin came with us every night, he spoke about the meaning of Chanukah, and swept us all into joyful dancing. Many Jews stayed in their beds the first night, but by the eighth night he had inspired everyone to get up and join in.”
Recalls one student: “The staff told Rabbi Raskin that they had never before seen such a transformation.”
Morocco's Jewish population, once in the hundreds of thousands, has dwindled to 2,500 – most of them concentrated in Casablanca. Still, Rabbi Raskin’s wife, Reizel, continues working actively for the Jews who remain in the city. Among her other responsibilities and adult Jewish education classes she leads, Mrs. Raskin took on the role of principal, fundraiser and administrator of  the local Bet Rivka Chabad girls school.