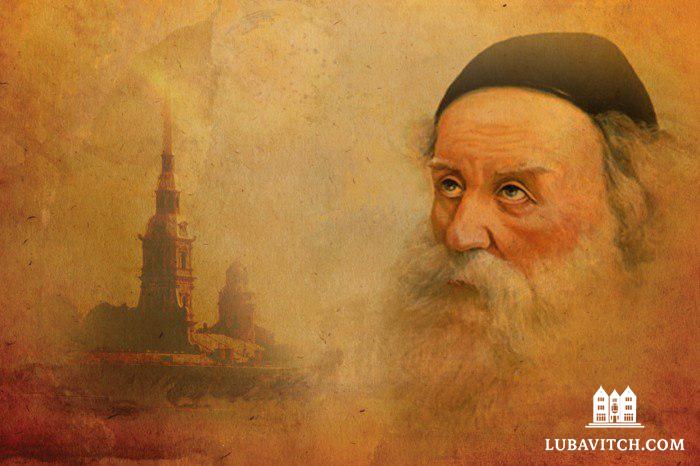 Tuesday, December 13 corresponding this year to the Jewish calendar date of 19 Kislev, marked the Chasidic New Year. It is the date on which, in 1798, Rabbi Schneur Zalman of Liadi, the founder of Chabad Chasidism, was released from Czarist imprisonment.

Jewish communities nationwide and abroad mark this day with joyous, commemorative celebrations, and the beginning of a new cycle of the study of the Tanya, the foundational text of Chabad Chasidic philosophy, authored by R. Schneur Zalman. Today, Jewish day schools and yeshivas depart from their usual routine to reflect on the transformation effected by the innovative teachings of Rabbi Schneur Zalman.

In his magnum opus, the Tanya, R. Schneur Zalman introduces a contemplative form of divine service: through the employment of the intellect–through wisdom, comprehension and knowledge, in Hebrew, an acronym for ChaBaD–the individual may attain mastery over himself, and achieve closeness to G-d.

Arrested on trumped-up charges of revolutionary activities, Rabbi Schneur Zalman was a target of the Czarist regime because of his novel Jewish teachings. He was also targeted for his financial support of Jewish communities in the Holy Land, at the time under control of the Ottoman Empire, which was an adversary of Russia.

R. Schneur Zalman was imprisoned for 53 days. On his release, he was vindicated of all charges and freed to pursue his holy work. He authored many esoteric texts that would have a profound impact on Jewish thought and religious life hence. A master of Jewish law, he also authored an authoritative legal text, known as Shluchan Aruch Harav.

A key theme of Rabbi Schneur Zalman’s teachings was the inherent ability of every Jew to uncover and fulfill the potential of his or her soul. He further emphasized the unity of the Jewish people, and the mutual responsibility that binds Jew to Jew.

These themes, as they have been developed by R. Schneur Zalman and subsequent Chabad Rebbes, gave rise to the phenomenon of Jewish outreach responsible for the Jewish experience today. The Chabad Houses and Chabad-Lubavitch Shluchim or emissaries that serve Jewish people worldwide, and that have spawned a variety of Jewish outreach endeavors, are an outgrowth of these early teachings.

Related Articles
View All
History
Today in Jewish History: 24 Tevet, Passing of Rabbi Schneur Zalman of Liadi, founder of Chabad Lubavitch
The end of 1812 found Rabbi Schneur Zalman of Liadi, also known as the Alter Rebbe, journeying through small towns and villages, distancing himself and…
History
Today In Jewish History: 20 Teves
Today in Jewish History: 20 Teves, Passing Of Maimonides The “Rambam,” acronym for Rabbi Moshe ben (son of) Maimon, passed away today, the 20th of…
History
Today in Jewish History: The Victory in Chabad Library Trial
On the 5th of Tevet (Hei Teves) in 1987, the extensive library of the sixth Rebbe, Rabbi Yosef Yitzchak Schneerson, was declared as belonging to…
History
19 Kislev: Rosh Hashana of Chassidut
Yud-Tes Kislev, also known as the "Chag HaGeulah—The Holiday of Redemption," or the "Rosh Hashana of Chassidut," begins tonight and continues until sundown tomorrow. On…
Get Inspiration to your inbox!
Newsletter
Join our weekly newsletter for inspiration and updates
Donate
Find Your Local Chabad Center
Subscribe
|
Log In
Chabad
About Chabad-Lubavitch
About Chabad Lubavitch
The Rebbe
Headquarters
Magazine
Magazine
News
News & Updates
In The Media
Impact
Social and Humanitarian
Social and Humanitarian
Education
Education
Community
Community