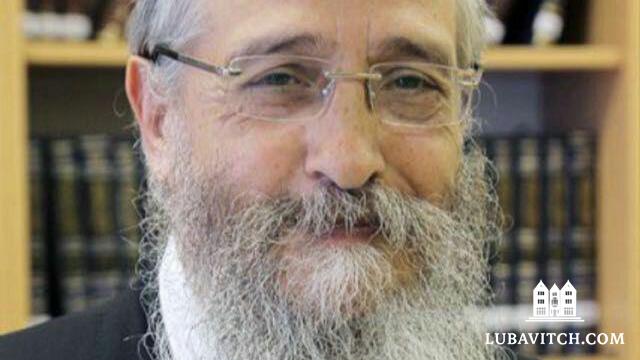 We mourn the passing of Chabad emissary Rabbi Menachem Mendel Deitsch, who passed away Saturday in Jerusalem after sustaining severe injuries in an anti-semitic attack last October.

Originally born in Jerusalem, Rabbi Deitsch was a longtime Chabad emissary to France, where he ran the Chabad girls’ school in Aubervilliers, and later in Israel. Rabbi Deitsch was also involved in the Jewish communities of the former Soviet Union, helping to strengthen Jewish life there. Himself a descendant of Chabad’s founder, Rabbi Schneur Zalman of Liadi, Rabbi Deitsch worked to organize programming and accommodations at the burial site of the Alter Rebbe (as Rabbi Schneur Zalman is called) in Haditch, Ukraine.

It was there that he spent his last Rosh Hashanah—just a few days later, on October 8, 2016, he was robbed and beaten at the central train station in Zhitomir, Ukraine, only discovered the next morning with brain trauma and extensive injuries.

Two men and two women were arrested in the month after the attack.

After undergoing emergency surgery in Zhitomir, Rabbi Deitsch was airlifted to Tel Hashomer Hospital in Israel, where he had remained in a coma until his passing.

Rabbi Deitsch is survived by his wife Shterna Sara and their eleven children, as well as his brothers.