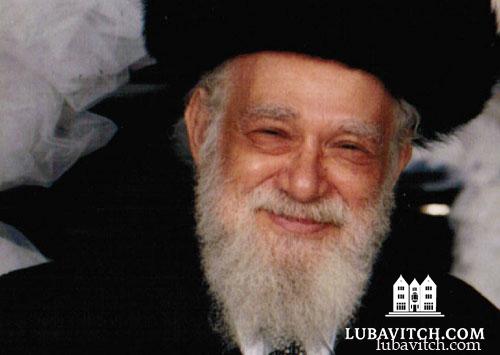 (lubavitch.com) Rabbi Chaskel Besser, who fled Poland shortly before the Second World War, becoming an active player on the American Jewish scene and leader in the revival of the Jewish community in Poland, passed away on Tuesday February 9. He was 87.

Rabbi Besser was born in Katowice, Poland, in 1923, to a family of distinguished disciples of the Rebbe of Radomsk. In 1939, with anti-Semitism on the rise in prewar Poland, his family fled to Israel.

After meeting and marrying his wife, Ahuva, the young couple settled in Tel Aviv. While living in the nascent country’s cultural capital, Chaskel befriended Yisroel Aryeh Leib Schneerson, brother of the then-to-be Lubavitcher Rebbe, Rabbi Menachem Mendel Schneerson. After the war ended, the Bessers moved to the U.S. ultimately settling on Manhattan’s Upper West Side. In 1964, he became the rabbi of Congregation Bnei Yisroel Chaim, a shteibel, or small synagogue, frequented by Holocaust survivors and Europe’s refugees.

In the chaos that followed the destruction of European Jewry, many of the customs and practices of the old world, it appeared, were being forgotten. One of these was the Daf Yomi custom of daily Talmud study, so that the entire Talmud is completed over a period of seven years, when a new cycle of Daf Yomi begins.

Concerned that this practice would be lost, Besser set about creating Daf Yomi classes. He found a group of seven rabbis who agreed to teach on different days of the week, and so revived the custom. Besser regarded this as one of his greatest achievements, and became first Chairman of the Daf Yomi.  At the conclusion of the most recent Daf Yomi cycle, an estimated 120,000 people participated in ceremonies around the world, including one at Madison Square Gardens in New York City.

Besser’s work with the Jewish community eventually led to his service as president of the American Agudath Israel movement, an umbrella organization that represents many groups within the Orthodox Community. Outside of his public work, Besser served as a succesful leader within the community, often playing the role of quiet mediator and liaison between various figures in the Jewish world.

In an interview with Jewish Educational Media, Besser spoke of his initial introduction to the Rebbe. Asked by his friend—the Rebbe’s brother Yisroel Aryeh Leib Schneerson to take a package of photos with him from Israel to deliver to his mother, Rebbetzin Chana Schneerson, in Brooklyn, she came to visit him on the Upper West Side. Later calling her one of the “ladies he [most] admired,” Besser spent hours in conversation with her. Before leaving, she insisted that he meet her other son, the future Lubavitcher Rebbe.

Himself a Radomsker, Besser was nonetheless drawn to the Lubavitcher Rebbe, becoming a student and follower in all but name. As a member of the Agudah, Besser remained unapologetic about his commitment to the Rebbe and the Rebbe’s positions, even in the face of controversy.

The destruction of European Jewry and over a thousand years of Jewish history in Poland remained constantly on Besser’s mind. Making frequent trips to Poland, the first one in 1949, he sought to maintain the traditional Jewish cemeteries around the country, abandoned and often desecrated by the Nazis and Polish vandals.

In the mid-Eighties, Ahuva Besser approached the Rebbe during his famous “Sunday dollars” custom. Upon hearing from Mrs. Besser that her husband was in Poland on a mission to repair the Jewish cemeteries, the Rebbe suggested to her that her husband might look into the needs of the living Jews of Poland as well. Besser took this comment to heart, and ultimately partnered with philanthropist and comesmetic magnate Ronald S. Lauder, eventually opening humanitarian and educational projects in Poland under the Ronald S. Lauder Foundation for Poland, with Besser serving as its director.

For all his achievements, Besser remained a humble and unassuming figure, preferring to work behind the scenes.

In an interview with lubavitch.com, Chaskel’s grandson, Sruli Besser, a contributing editor to the popular Mishpacha Magazine, spoke of his grandfather’s gentle character.

“His most redeeming quality was his sweetness. All those who met him were struck by his open and easy going personality.”

As the spirit of Manhattan’s Upper West Side changed from a community of survivors to a younger and Americanized one, Besser adapted, with his Shabbat table becoming an eclectic gathering place for the community’s youth. The rabbi in his small synagogue even became the subject of a book, The Rabbi of 84th Street, by Warren Kozak.

Besser is survived by his children Rabbi Shlomo Besser, who continues his father’s work in Eastern Europe; Mrs. Aliza Grund, President of the women’s division of the Agudah; Mrs. Debbie Rosenberg, and Rabbi Naftali Besser. After a funeral in New York, he was laid to rest in Israel in the Har Hamenuchot cemetery near Jerusalem.