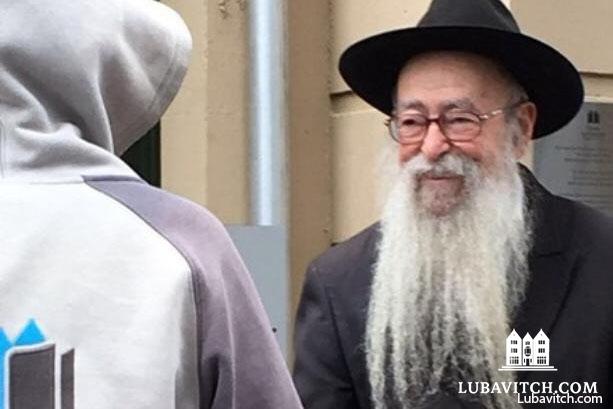 All News
By Staff Writer , Australia

The Chabad-Lubavitch community world-wide mourns the passing of Rabbi Aaron Serebryanski, director of Australia’s Merkos L’Inyonei Chinuch, the educational arm of Chabad-Lubavitch, who passed away on Sunday, April 14, at the age of eighty-six.

Serebryanski, born in Ukraine, escaped the horrors of WWII by leaving to Asia and France with his parents and siblings. The family was sent to Melbourne in 1948 by the sixth Lubavitcher Rebbe, Rabbi Yosef Yitzchak Schneersohn.

“We are deeply saddened by the loss of Rabbi Serebryanski,” says Rabbi Yehuda Krinsky, international chairman of Merkos L’Inyonei Chinuch. “For the last seventy years, Reb Arel, as he was fondly known, worked tirelessly to improve the levels of Jewish literacy and life in Australia and New Zealand. He will be sorely missed.”