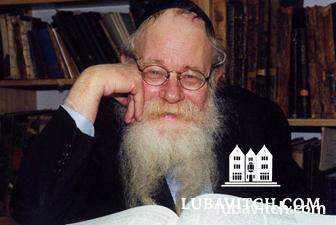 (lubavitch.com) With Israel at war, the recent Mumbai terrorist attacks, and other threats facing our people, Jewish unity has emerged as a potent theme and a wake-up call, challenging Jews to unite across every divide.

10,000 worldwide are expected to participate on January 25th, at a Jewish unity lecture by Rabbi Adin Steinsaltz.  Sponsored by the Rohr Jewish Learning Institute, A Division of Merkos L"Inyonei Chinuch – The Educational Arm of the Worldwide Chabad Lubavitch Movement, this is to be the first in a series of four unity lectures featuring influential Jewish voices, heard and seen through live video at 800 Chabad centers internationally.

Rabbi Adin Steinsaltz plans to explore the broader ramifications of the theme of unity from his Jerusalem-based Steinsaltz Center. The noted author, Talmudic researcher, and philosopher, will offer those plugged into his lecture, the experience of a 21st century hakhel.

Every seven-year cycle following the Sabbatical (Shmittah) year during Temple times of old, the Jewish people participated at unique assembly called hakhel. The study of Torah was the object of these gatherings, where the king read relevant parts of Deuteronomy that reinforced basic Jewish values.

While no longer a practiced mitzvah, the Lubavitcher Rebbe, Rabbi Menachem M. Schneerson, of blessed memory, had called on marking the seven-year cycle with hakhel events. This year being a hakhel year is an auspicious time to focus on unity through Torah study.

“The idea of hakhel unity is especially achieved through the study of Torah,” explains Rabbi Levi Kaplan, coordinator of the Unity Lectures. “Torah brings peace and peace brings unity.” January 25th was chosen because it is the first Sunday this winter without any sports, explains Kaplan.

Hailed by Time magazine as a “once-in-a-millennium scholar,” Rabbi Steinsaltz is recognized as unique and independent voice, and his presentation is sure to draw wide participation

Rabbi Elie Estrin, whose program at the University of Washington is exclusively for faculty and staff, expects that the Sunday lecture and brunch will be well-attended, as many of the Jewish professors at the Seattle campus are familiar with Rabbi Steinsaltz’s articles and 60 books. While most of Chabad on Campus’ activities focus on the student body, Estrin is often approached by faculty members looking for a spiritual fix.

“It is beautiful when the academics realize that traditional Judaism is neither cold nor dusty,” he says, “but alive and energetic.” Estrin hopes that the event will encourage a “powerful intellectual discourse,” spawning future advanced learning on campus.

Organizers have prepared a detailed summary of the speech to familiarize Estrin and the other hosts with the lecture’s ideas. Following the televised speech, each community will participate in its own question and answer session.

Rabbi Ephraim Levine of Watford, England says his Hertfordshire city includes 200 Jewish families. “We come together quite often, but community members are particularly excited to be a part of something so far-reaching as this,” he says. In their small town just outside of London, they “will be uniting on a local as well as a global level. The name of Watford will go down with all the other cities across the world.”
Like the other hosts, Rabbi Menachem Blum of Ottawa hopes the event “will push people to involve themselves in more learning opportunities.” For him, though, it is the gathering itself that is so appealing.

“The idea of hakhel harks back to the giving of the Torah at Mount Sinai. We are reminded to connect with Torah and G-d, wherever we may be. And the fact that we will be achieving this connection on a global scale is very powerful.”