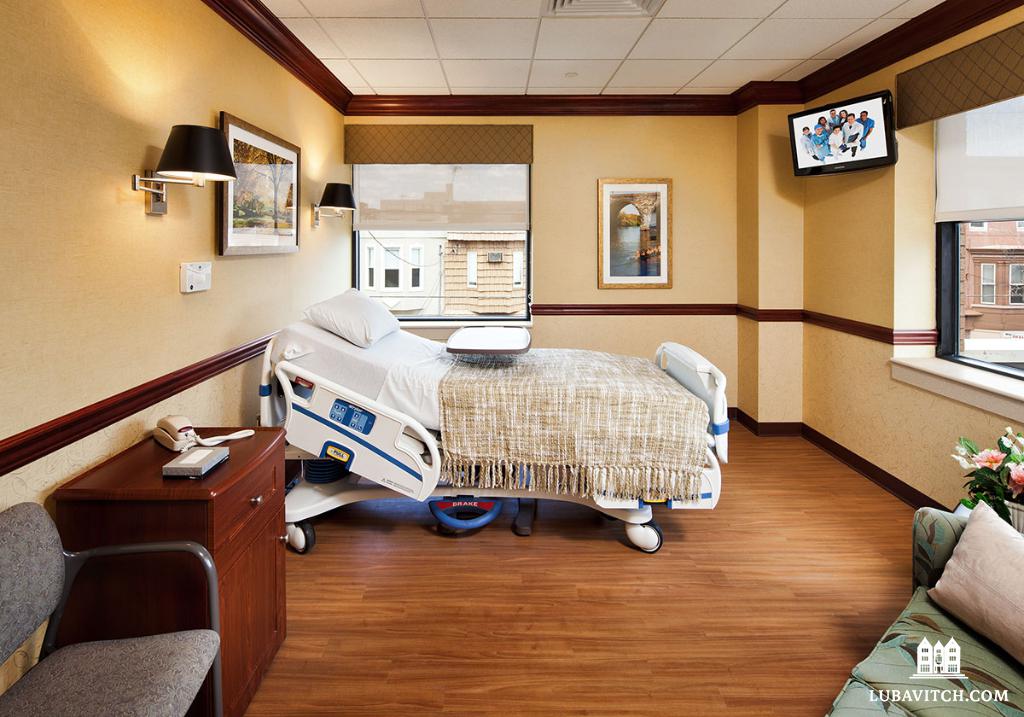 Rabbi Mendy Levy works nine-hour days as a chaplain for VITAS, the nation’s largest hospice provider. As one of only a handful of Jewish chaplains in the system, he serves South Florida’s vast aging community with end-of-life care and bereavement counseling.

But he’s also a Chabad representative, so his care doesn’t end when his shift does. Levy’s ringer is never turned off: when families call in the middle of the night, he is ever-available, bringing comfort to the dying and their family members. For this young rabbi, death has no time clock.

“When people find themselves at the end of their lives, even if they were never spiritual or religious, they open up to G-d. On their deathbed, they know that they are getting closer to Him and they suddenly want to do things they have never done,” he shares. Many of these unaffiliated patients have no dedicated rabbi to sit at their bedside. So Levy’s their man, helping them with prayers and the listening ear they need as they reflect on their lives.

A steadying presence for family members as well, he provides anticipatory counselling and bereavement groups. One popular offering is “Tefillin Therapy.” Men who haven’t put on phylacteries since their bar-mitzvahs, or ever, now want to don these black boxes. Their male relatives, eager to help the spiritual cause, also gravitate to the mitzvah.

Hospice patients know they are living on borrowed time. Most are given a prognosis of six months to live. According to Medicare laws, a doctor signs a hospice primary diagnosis, where the emphasis turns to palliative care.

“There is a perception that hospice is where people come and are left to die,” says Levy, “but that is not the case.” Individuals can choose whether or not to sign a DNR order, determine if they want to continue chemotherapy or dialysis treatments, and decide what medications they wish to receive. These end of life decisions are highly personal and providers respect that. “Some people want to fight. Some want to go peacefully.”

Whatever the choices they make, an interdisciplinary team of doctors, chaplains and social workers focus on the patient’s comfort. Rooms are transformed into personalized havens where patients are encouraged to set up their pictures, favorite books, and other mementos. Family and pets are welcomed too. And there is plenty of time for talking and connecting.

“Very often patients have a lot of spiritual and emotional pain at this vulnerable part of their lives. One of their main regrets is that they didn’t spend enough quality time with their children,” says Levy. He often connects with patients via music, singing them old Jewish tunes, niggunim. “You see their whole beings change when you sing with them,” he says pointing to recent studies showing the power of music with the elderly, and the ways that it can transform lethargic patients.

When Sarah Caplan’s uncle was dying far from her home, “G-d sent me Rabbi Levy.” The rabbi visited her uncle at the hospice unit, going so far as to regularly drive her 94-year old aunt home over an hour away. Since his passing, Levy continues to visit her. “Nothing is a burden for him, everything is ‘sure, I can do that,’” Caplan says.

“When my uncle was dying, he taught me to how to speak with him. He helped me to convince him not to be cremated. This amazing man brings with him an aura of G-d. He doesn’t just do the talk, he does the walk.”

Roughly twenty percent of Florida’s population is 65 and older. But that population isn’t all local: most moved to the state as retirees, leaving them without family nearby at times of illness or death. The Chabad Chaplaincy Network was Levy’s response, connecting Chabad chaplains around the country. Rabbis from out of state will call him when one of their congregants has an ailing relative in Florida. Likewise, Levy gets in touch with his patients’ family members, connecting them with a local rabbi for their own spiritual needs.

He also helps coordinate funerals, an increasing rarity on the contemporary American Jewish landscape, where the population is rapidly aging and tradition is just as quickly fading.

“Cremation is an ‘epidemic’ in America. Thousands of Jews are being cremated for financial reasons and for lack of education. Death is a taboo subject, and most people don’t even know that cremation is a problem.” Levy says that while cremation costs between $500 to $1,000, a traditional Jewish funeral can cost twenty times as much. But cremation is prohibited by Jewish law, which instructs that the body is to be treated with dignity, buried whole and as quickly as possible.

Recently, through Chabad’s intricate network, and the help of four different rabbis, Levy succeeded in preventing a cremation and paying for an Illinois man’s funeral in his home state. “I was so happy,” he enthuses. “This is what I live for.”