Purim Makes it to Maryland VA Hospital Just in Time 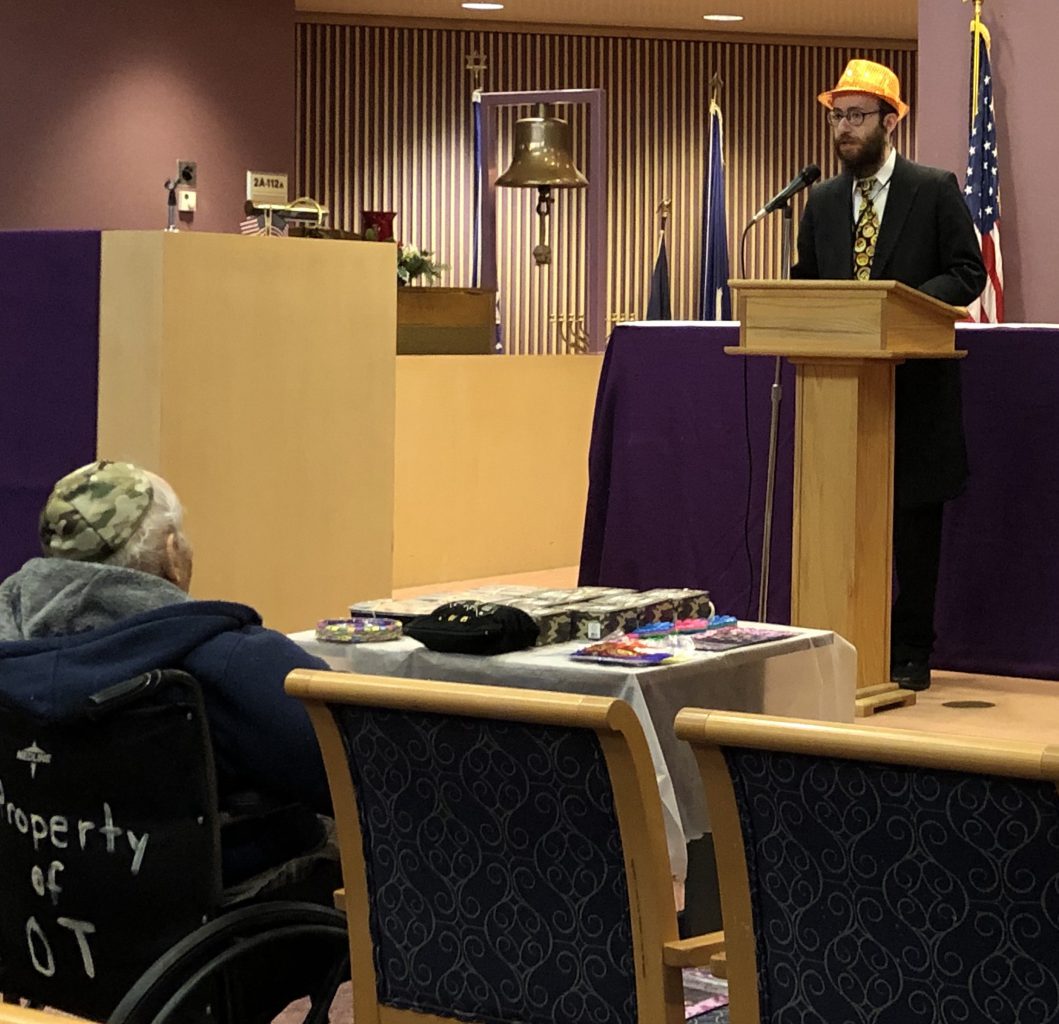 All News
By Toby Trompeter

This year, the threat of COVID-19 meant that Purim could not come soon enough, especially for seniors isolated in nursing homes.

For the elderly Jewish residents of a Veterans’ Hospital in Baltimore, Maryland, the timing allowed them to participate in the hospital’s very first Purim party and Megillah reading, activities organized by Rabbi Chesky Tenenbaum. Tenenbaum is the newly appointed Jewish Chaplain of the VA Maryland Health Care System, and founding Director of the Jewish Uniformed Service Association of Maryland (JUSA). Tenenbaum founded JUSA in 2012 to function as a Chabad House that serves Jewish men and women in uniform.

One World War II veteran in his late nineties became very emotional when listening to the Megillah. Speaking through tears, he expressed gratitude to Rabbi Tenenbaum for giving him the opportunity to participate in the hospital’s unprecedented Purim celebration.

On the day of his orientation meeting at the central VA complex in Baltimore, the rabbi learned of a Jewish veteran next door, and paid a visit. When, some time later, the veteran took a turn for the worse, he asked for the rabbi. After some conversation, with Tenenbaum at his side, the veteran proudly recited the Shema prayer in Hebrew.

“It was a privilege to give back to this vet who had served his country,” said the rabbi. “He was drifting in and out of consciousness, but when I asked him how he was feeling he answered: “I am at peace.” 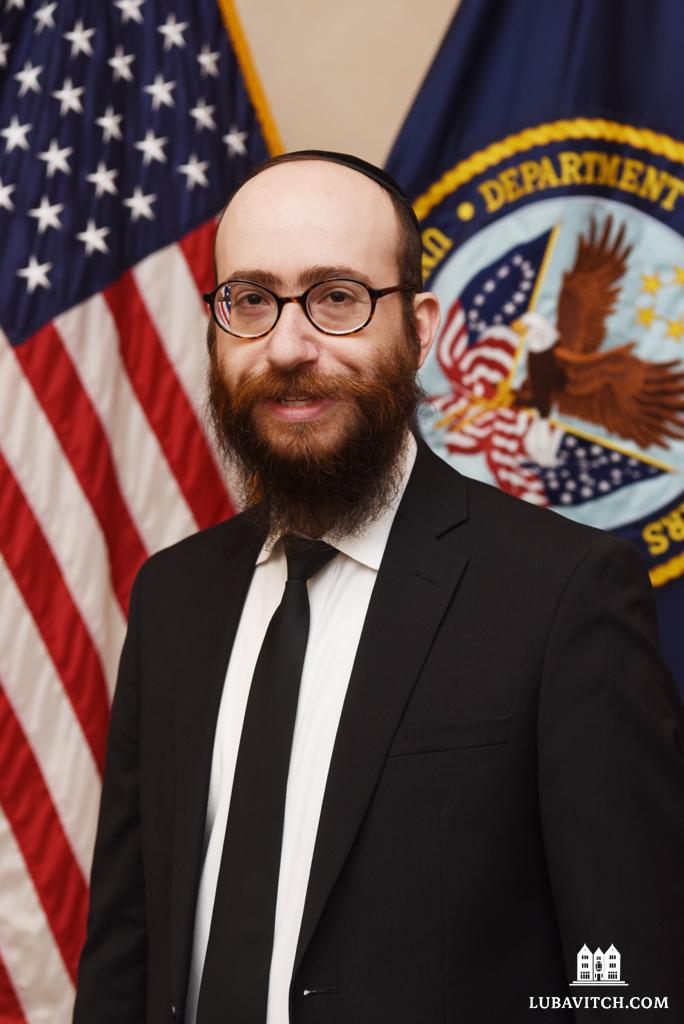