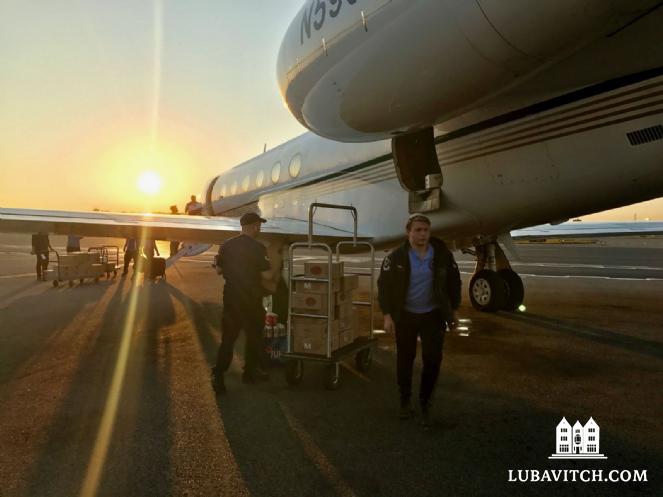 With Puerto Rico reeling from Hurricane Maria and island residents struggling to find basic items such as fresh water, food, and fuel, Chabad of Puerto Rico has been arranging shipments of supplies from the US mainland.

“The supply chain on the island is just not functioning yet and the situation continues to remain dire,” says Rabbi Mendel Zarchi, who heads the Chabad with his wife Rachel. Taking matters into their own hands, Chabad sent out a call for help and received an overwhelming response—within 24 hours, no less.

By Tuesday, a private plane loaded with pallets of food, water, and medical equipment arrived in San Juan. The supplies, which were sponsored by Jordache owner Ralph Nakash and family, were quickly distributed to island residents. The plane also brought a group of volunteers, who went straight to work helping out.

“The joy and appreciation on the faces of emergency aid recipients was staggering to see,” shared Rabbi Zarchi.

The need was so great that by Wednesday, a second plane delivered “thousands of pounds of canned food, emergency medical supplies, flashlights, batteries, and other goods critical to the relief effort.” The shipment was sponsored by the Falic family, owners of Duty Free Americas. As the plane rolled up on the tarmac, Rabbi Zarchi was joined by San Juan Mayor Carmen Cruz in welcoming Miami Beach Mayor Philip Levine, Honorary Israeli Consul to Puerto Rico David Efron, and Greater Miami Jewish leaders.

Additional shipments, including one from New Jersey consisting of food sponsored by the Herzog family of Kedem Foods, are expected to arrive as well. Chabad has also put out a request for donations in bulk, including rice, water, shelf milk, batteries, and detergent, and a dedicated Hurricane Maria Fund has been set up to provide for other immediate concerns. 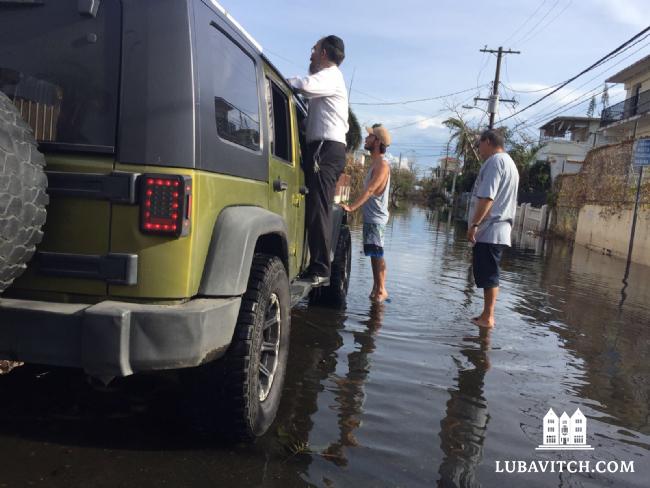 Chabad partnered with PR4PR, a community service organization that serves San Juan’s underprivileged, to provide humanitarian aid in the most critical areas of the city. “We are helping residents of all backgrounds with water, food, emergency supplies, counseling, guidance and anything else that they need,” Zarchi says.

Chabad’s activities aren’t limited to distributing supplies; they are coordinating airlifts, helping Israelis evacuate, searching for people who have fallen off the radar, and more. While the Chabad center, built just last year, is damaged, it continues to function as a place of refuge, providing, meals, functional restrooms and showers, electronics charging stations and hospitality.

“In the short term, the beautiful Island of Puerto Rico is experiencing a great void and emptiness,” shares the rabbi. “However, as the natives often say, ‘Viva Puerto Rico!’ Puerto Rico is blessed with resilient and loyal people who will persevere and rebuild, and Isla Del Encanto will emerge as a stronger and more viable place to live.”

The rabbi is the first example of this: with Yom Kippur fast approaching, Chabad is scheduled to hold Yom Kippur services amidst the chaos. San Juan Mayor Cruz has assured the rabbi that Jews will be allowed to walk home after services despite the six o’clock curfew.

To donate to the Hurricane Maria Fund, visit www.chabadpr.com/relief.