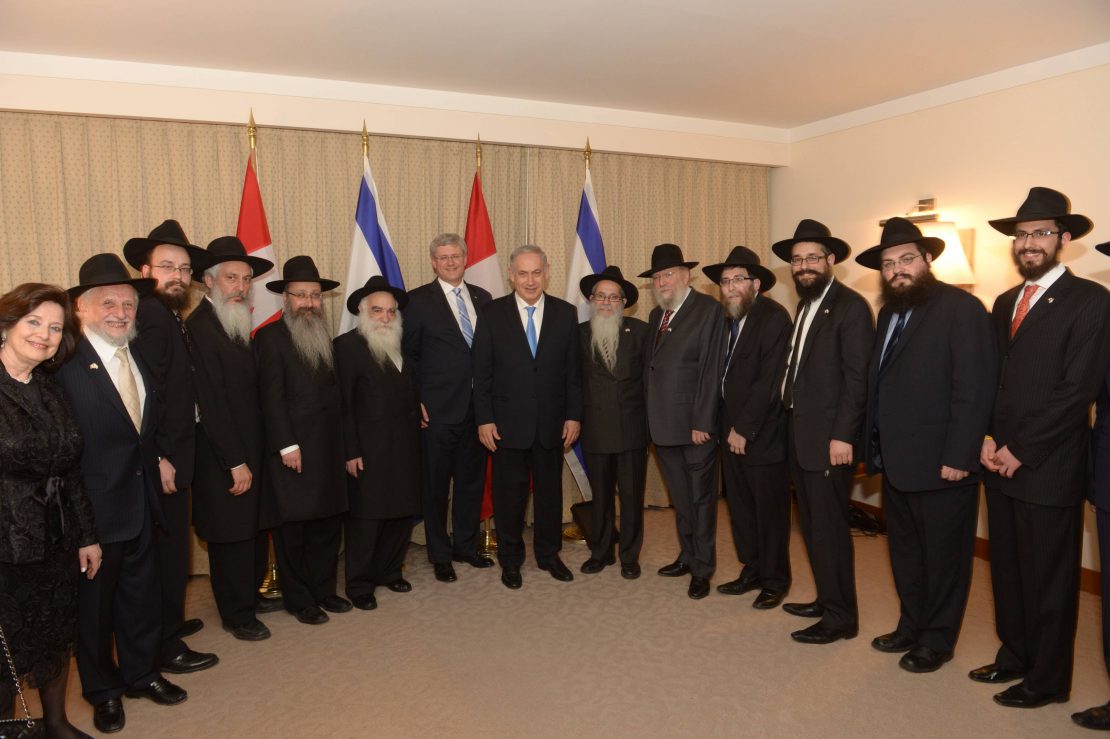 Both Prime Ministers spoke warmly of the work of Chabad around the world. In his remarks at the meeting, PM Netanyahu told his Canadian colleague: “When I arrived at the UN, the Lubavitcher Rebbe told me that ‘one candle of truth has the power to dispel great darkness.’ With your speech in the Knesset yesterday,” Netanyahu said, “you illuminated a great light.”

Netanyahu was referring to Harper’s historic address to Israel’s Knesset in which he underscored Canada’s unwavering support of Israel on moral grounds. “In fire and water, we will stand with you,” said the PM to a resounding standing ovation.

Representing the Chabad delegation, Rabbi Yitzchok Wineberg, of Vancouver, B.C., offered appreciation to PM Harper for his deep friendship with the Jewish community and his support of Israel. He presented Prime Minister Harper with a five-volume leather-bound set of the Pentateuch with the Rebbe’s commentary recently released by Kehot Publication Society and Chabad of California.