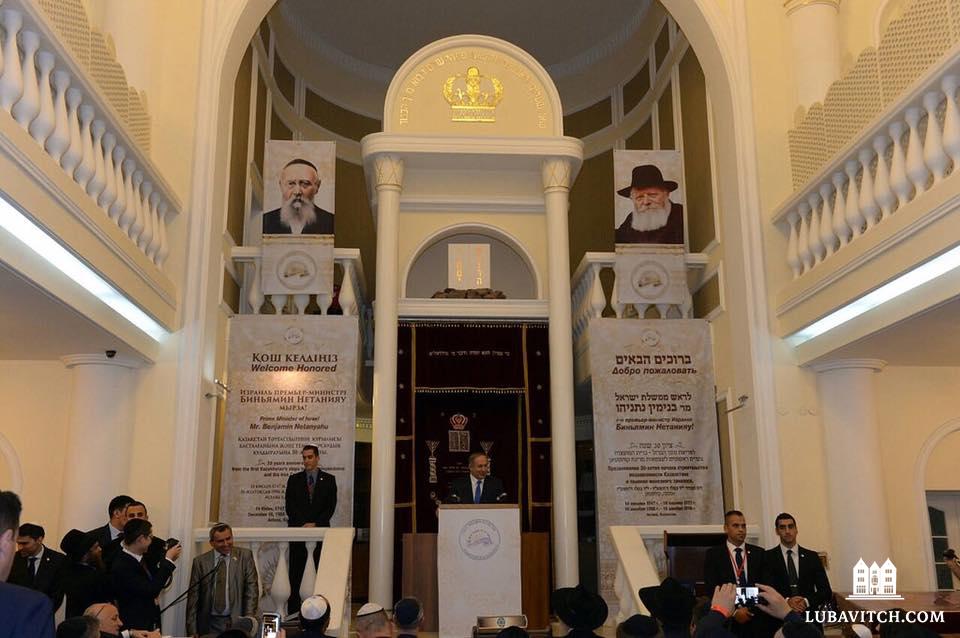 Israeli Prime Minister Benjamin Netanyahu and his wife Sarah visited the Great Synagogue of Astana in the capital of Kazakhstan on Wednesday. The visit was scheduled as part of the prime minister’s three-day diplomatic visit to Azerbaijan and Kazakhstan to strengthen ties with the predominantly Muslim countries. Jewish community members and representatives from the local Chabad House participated.

“Israel receives strong standing among the nations, not with a bowed head but by standing strong and proud,” Netanyahu said. “And I say this here, in Central Asia, in a Muslim country that respects Israel and the Israeli police report of coexistence and tolerance. [Kazhakstan] is a model of what needs to happen and can happen in our area as well.”

The Prime Minister reflected on the unanticipated change that has developed between Israel and the Arab world. “Enormous changes have followed in the spirit of what the Rebbe said at our first encounter, ‘Light the candle of truth, don’t be afraid, and be strong and courageous.’”