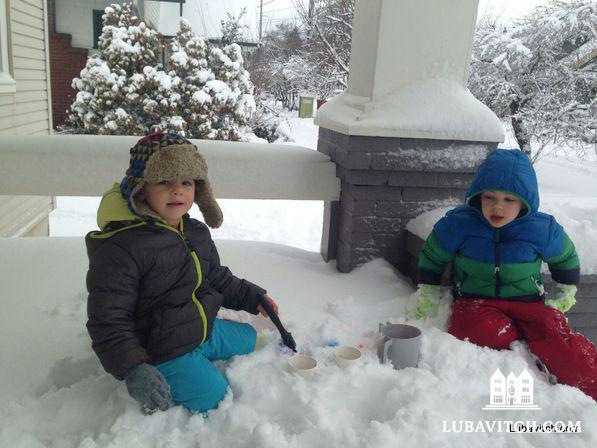 All News
By Staff Writer , Portland, OR

Mayor Ted Wheeler declared a State of Emergency for Portland Wednesday after an overnight storm left the city under more than a foot of snow.

The snowfall breaks a 10-year record with the largest accumulation in a single day over the last decade.

Wheeler announced the State of Emergency Wednesday afternoon, shortly after Oregon Governor Kate Brown made the same declaration at the state level.

Friday is the eighth day of closures for schools in Portland where this winter has been one of the coldest on record.

In a unique and creative effort to compensate for all the fun children are missing at school, The Gan – Portland Jewish Preschool is taking its weekly Shabbat party online.

Shabbat parties are a staple of Jewish preschools where children experience the warmth and joy of Jewish traditions. Singing Shalom Aleichem as a classroom community, the party gives children a turn to role play the traditional family at the Shabbat table.

“With all these days of school closures, we did not want the children to miss this special time in their week. Through technology we will be able to ensure that the children have some of the special experience they always enjoy” says Gan director Mimi Wilhelm.

The online Shabbat party will be held using Facebook Live on the school’s facebook page www.facebook.com/TheGanPreschool 10:30 am PST.

Parents who have been busy trying to occupy their children during these off days were happy to learn about the online Shabbat party which, unlike the in-school version, will be open to them, siblings and others.

Meteorologists have a name for weather like this, Clinton Rockey of the National Weather Service said: “child memory events.” It’s the sort of storm that kids will remember and talk about for years to come, he said.

“We hope the children will remember this special Shabbat Party as well,” adds Wilhelm.