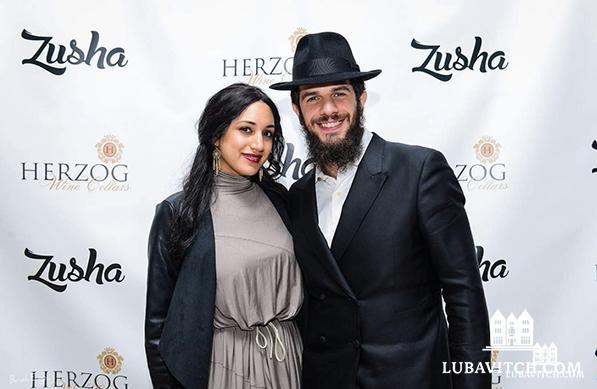 When Paul Cooper was eleven years old, he and his mother Neesa found shelter in the basement of a synagogue in Cincinnati, Ohio for a few months. Neesa, who was Jewish, had been through several marriages, moved every two years, and was now ill. Living in the synagogue offered both mother and son a brief refuge from their disordered life.

Neesa’s deteriorating health made it impossible for her to continue to care for Paul, so her Mormon ex-husband helped her find a loving Mormon family to adopt him. Neesa and Paul lost contact with the Jewish community, and any lingering sparks of Judaism seemed to disappear from Paul’s life. Five years later, Neesa passed away.

Paul’s adoptive parents were religious Mormons who took him to church. Paul was not interested in their religion, and they didn’t press the issue. They told him he had a “different DNA.”

As a student at the University of Cincinnati, Paul decided to join his Jewish friends on a Hillel Birthright Israel trip. Shortly before his trip, he ran into Rabbi Yitzi Creeger, the Chabad emissary at the university.

“When I met Rabbi Yitzi, I had a million questions for him,” said Paul, who now goes by the Hebrew name that he chose for himself, Paltiel. “We wrapped tefillin, which I pronounced ‘teflon’ for at least three months, and we said the Shema together. He taught me what it meant to have a neshamah, a Jewish soul. I left the Chabad House feeling alive. I felt connected in a way that was indescribable.”

Upon his return from Israel, Paltiel became president of the Chabad student board, a position he held for the next two years.

“I believe it was the seeds planted in me, during our short stay in the synagogue at a difficult time of our lives, that started me on my Jewish journey,” said Paltiel.

At the Shabbat Table

While experimenting with observing Shabbat and the laws of kosher, Paltiel was launching a career in the entertainment and nightlife industry, working as a concert and event promoter for fraternities and corporate groups. Most of these activities took place in bars on weekends and were hardly conducive to observing Jewish practices.

“I would recite the Kiddush, say the Hamotzi blessing on challah, recite the Grace After Meals, and go to work in the bar, even while I was renting a room in the UC Chabad House,” Paltiel said.

Paltiel followed up his Birthright trip with IsraeLinks, an intensive study trip led by Rabbi Zalman Bluming of Chabad at Duke University. The experience deepened his understanding of Judaism. Subsequently, he served as a student leader on seven Birthright trips.

Longing to take a break from work to study in Israel, Paltiel crowdsourced the funds needed to study at Mayanot Yeshivah for more than a year. He followed this up with a stint with Rabbi Eli Engelson at a yeshivah in La Paz, Mexico.

Ultimately, Paltiel landed in Brooklyn. “Being the popular party guy in college, I became very social in the community and started networking with local movers and shakers, especially musicians.” He connected with Zusha, a popular Jewish band with a world music sound that attracts listeners from all faiths and backgrounds.

Now, Paltiel manages Zusha as well as popular Jewish folk-rock singer-songwriter Levi Robin. While in Dallas, during a thirty city tour that Paltiel organized for Zusha, Paltiel met audience member Tal Lopez. Paltiel and Tal married last year, with Rabbi Yitzi and Dina Creeger walking Paltiel down the aisle as his surrogate parents. In January of this year, Paltiel and Tal had a son.

Creating a stable, loving, Jewish family is paramount for Paltiel. As part of that effort, he changed his last name to Ratzenberg, his mother’s maiden name, thereby creating Jewish continuity for future generations. Through the Neesa Ratzenberg Foundation, Paltiel helps support Chabad at the University of Cincinnati along with other causes that help young Jews tune into their souls, just as he did.

“I’m doing what I’ve always loved, and have a lot yet to accomplish in music and hospitality,” said Paltiel. “I’m still popping bottles, but instead of popping them at a bar or nightclub, it’s at the Shabbat table. It’s the same hustle but with a deeper intention.”

Related Articles
View All
Campus
Two Universities React as Antisemitism Steps Out of the Shadows
While college administrators debate the limit of free speech, Chabad campus leaders take action.
Campus
Israeli Minorities Find A Platform at Stanford University Chabad
Less than twenty-four hours before it was due to begin, an event scheduled to take place at Stanford University’s Hillel facility earlier this week was…
Campus
In Irma Aftermath, Campus Chabad Stays Put and Open
"A disaster like Hurricane Irma can be frightening, but it also brings people together and highlights the wonderful community on campus."
Campus
Jewish by Design: Chabad at FIT
They meet weekly in A320, an unassuming club room at the iconic Fashion Institute of Technology. Students of toy design, fashion, and business, they gather…
Get Inspiration to your inbox!
Newsletter
Join our weekly newsletter for inspiration and updates
Donate
Find Your Local Chabad Center
Chabad
About Chabad-Lubavitch
About Chabad Lubavitch
The Rebbe
Headquarters
Magazine
Magazine
News
News & Updates
In The Media
Impact
Social and Humanitarian
Social and Humanitarian
Education
Education
Community
Community