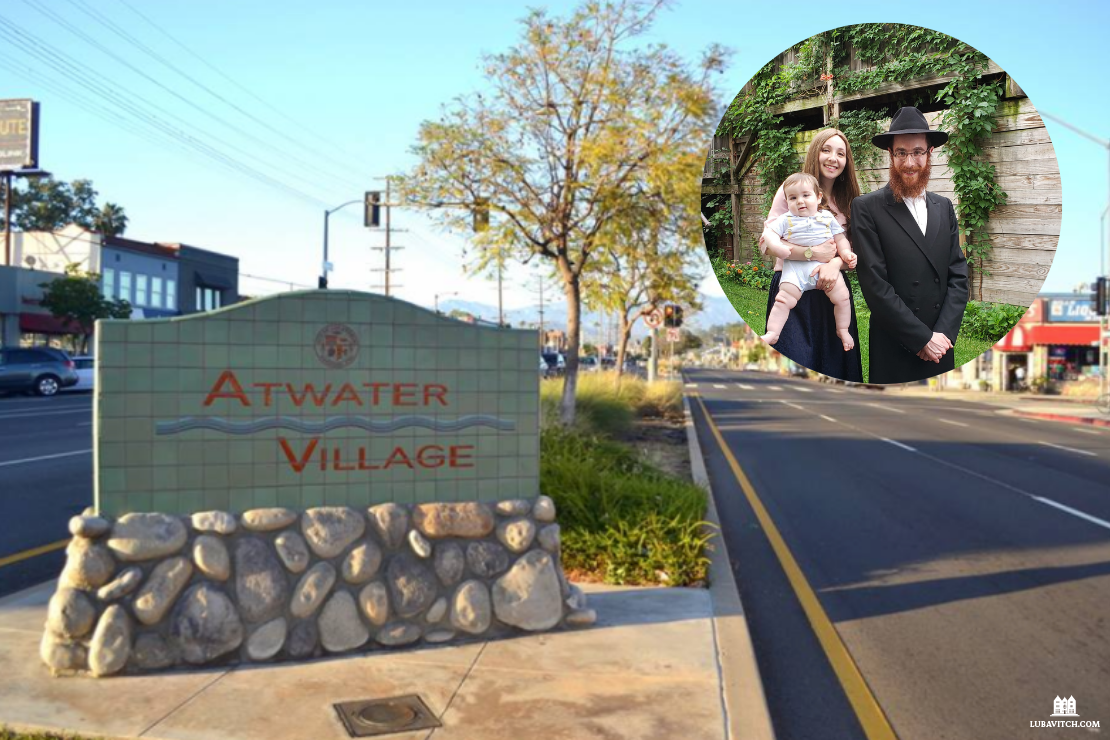 Jonathan found a surprise on his doorstep. The sixty-year-old resident of Atwater Village, a suburb to the northeast of Los Angeles examined the gift basket containing an apple, a small jar of honey, and some literature. Jonathan had never heard of Rosh Hashanah, so he called the number he found on an accompanying card.

Rabbi Yaakov and Rochel Carlebach had just arrived in Atwater Village as newly appointed Chabad representatives to the area. They canvassed the neighborhood looking for Jews and then dropped off 170 Rosh Hashanah packages at their homes. “He was intrigued to read about a Shofar In The Park service,” Yaakov told Lubavitch.com.

Jonathan attended and met the Carlebachs and some 20 fellow Jewish residents of Atwater Village. “He was so thrilled to find other local Jews and learn that we would be establishing a community locally,” Yaakov said.

Atwater Village has seen an influx of young families over the last few years, as Angelenos flee the city’s densely populated urban centers in search of cheaper housing. In 2019 Rabbi Tzemach Cunin, director of Century City in California passed away at the age of 43. His father, Rabbi Shlomo Cunin, director of Chabad of the West Coast committed to establishing 43 new Chabad centers in his memory. Atwater Village, Cunin observed, was a growing neighborhood with no Jewish community, or organization of its own, so he appointed the Carlebachs to establish one.

During Sukkot, the Carlebachs rode an eco-friendly pedi-sukka around the neighborhood where they say parents were delighted to show their children their first sukkah and teach them to shake the lulav and etrog. Residents shared posts about their programming on a Facebook group for Atwater Moms and in online Jewish groups.

The Carlebachs bring with them experience in education–Rochel has taught early childhood for the last five years, Yaakov has led adult education programs in Russia and on the Upper East Side of Manhattan. They will establish programs as they assess the needs of their new community. “We will establish programs and events as we see how people respond and what they are comfortable with,” Yaakov says. “Our goal is for people to have a local community where people feel comfortable and to which they feel connected.”

“We are here to provide the Jewish needs of every individual,” Rochel says. “Whether that’s a parent who wants their child to hear the Torah stories on which they were brought up or a sixty-year-old who has never before heard of Rosh Hashana.”