Pilgrimage to Historic Landmark in Ukraine 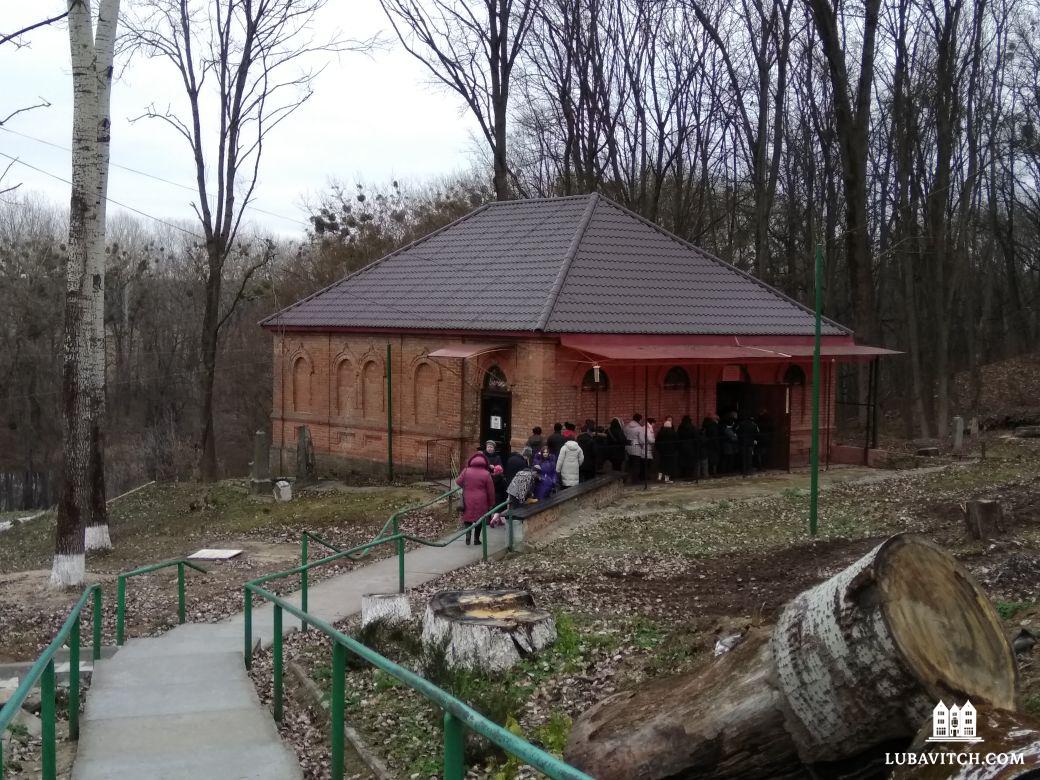 Thousands flock yearly to the burial spot of Rabbi Schneur Zalman of Liadi, founder of the Chabad movement.

The early 90’s brought the fall of communism and the refurbishing of Judaism’s iconic sites in Eastern Ukraine. One of these is Haditch, the resting place of Chabad’s founder, Rabbi Shneur Zalman, famously known for authoring Chabad’s foundational text, the Tanya and the Code of Jewish Law, or Shulchan Arukh HaRav.

It took years for the Haditch fever to catch. In 1995, a core group of about ten direct descendants of Rabbi Shneur Zalman, also known as the Alter Rebbe, began a twice-yearly pilgrimage to pay their respects.

“We stayed at the home of a local Haditch resident, not Jewish, who we subsequently hired for the upkeep of the cemetery. It was just us,” says Rabbi Shneur Zalman Deutch (Shushu), Chabad’s remote and semi-on-site program coordinator of Haditch activities.

After a few years, more clamored to join in.

“We began schlepping kosher meat, chicken and other produce from Israel for the 200 people who were beginning to come to town semi annually,” recalls Deutch.

The circumstances were, if not charming, rustic. “We had to sit on a cardboard box and slide down an icy, snowy hill to reach the resting place,” reminisces Rabbi Yechiel Levitansky, Chabad emissary of nearby Sumy, Ukraine.

It wasn’t until the brand new, sleek hospitality center, built with the generous support of Mr. George Rohr and local community members from Dnepropetrovsk, Kiev, and other nearby towns and villages, that the number of visitors grew exponentially. 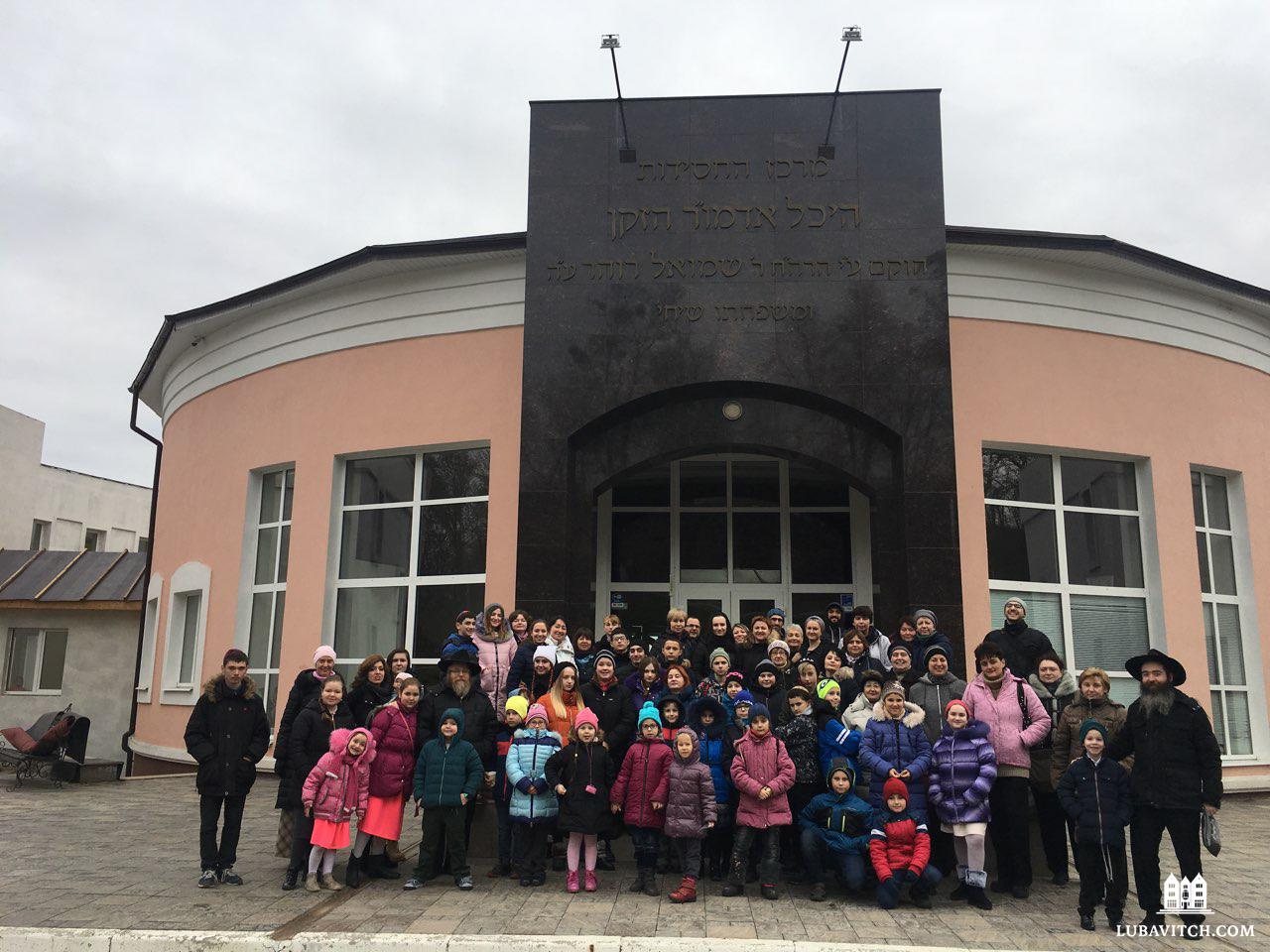 This December, a group from Kiev’s Jewish community traveled a four-hour distance to visit the Alter Rebbe’s resting place.

The commemoration of special calendar dates brings the numbers in crowds. “This year, for example, from the eve of Wednesday, January 10th until Thursday night, corresponding to 24 Teves, the Hebrew date of passing of the Alter Rebbe, founder of Chabad, Haditch hospitality staff are preparing accommodations for 2,500,” says Deutch.

Surprisingly, the majority of these visitors are not affiliated with Chabad.

“They are Jews who feel connected to the Alter Rebbe. They have studied the Tanya or Rabbi Shneur Zalman’s Code of Jewish Law. Some have simply heard of the Alter Rebbe’s wisdom and loving-of-humankind persona, and feel drawn to that,” Deutch says.

Chabad emissary Levitansky has observed the new center’s impact on the local Jewish community. It is, he points out, “a kind of spiritual oasis for the local Russo-Ukrainian Jewish population. There is something palpable here.”

The new hospitality center caters to many groups that arrange weekend getaways for their local communities as well as to the mass pilgrimages on special occasions. It is also open to the individual Jew who seeks a solitary weekend to connect to this giant of a man.

Deutch monitors the foot traffic which fluctuates. “Last week we had a group of 75, and this coming Shabbos we are having full accommodations for four people.”

One man from Sumy made a daunting resolution after an inspiring Shabbaton in Haditch, organized by Chabad of Sumy, that Rabbi Levitansky wasn’t prepared for.

“I was so moved after spending Shabbos at the Alter Rebbe’s resting place,” says Alexander Baruch Baguta, 73, “that I decided to have a bris in the new building in Haditch.” 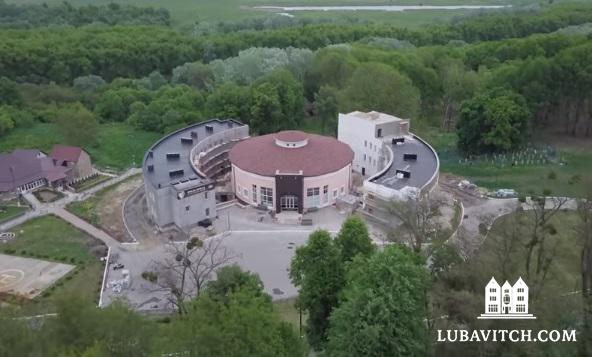 Built through the support of Mr. George Rohr, the Haditch hospitality center will play host to thousands of visitors this week. 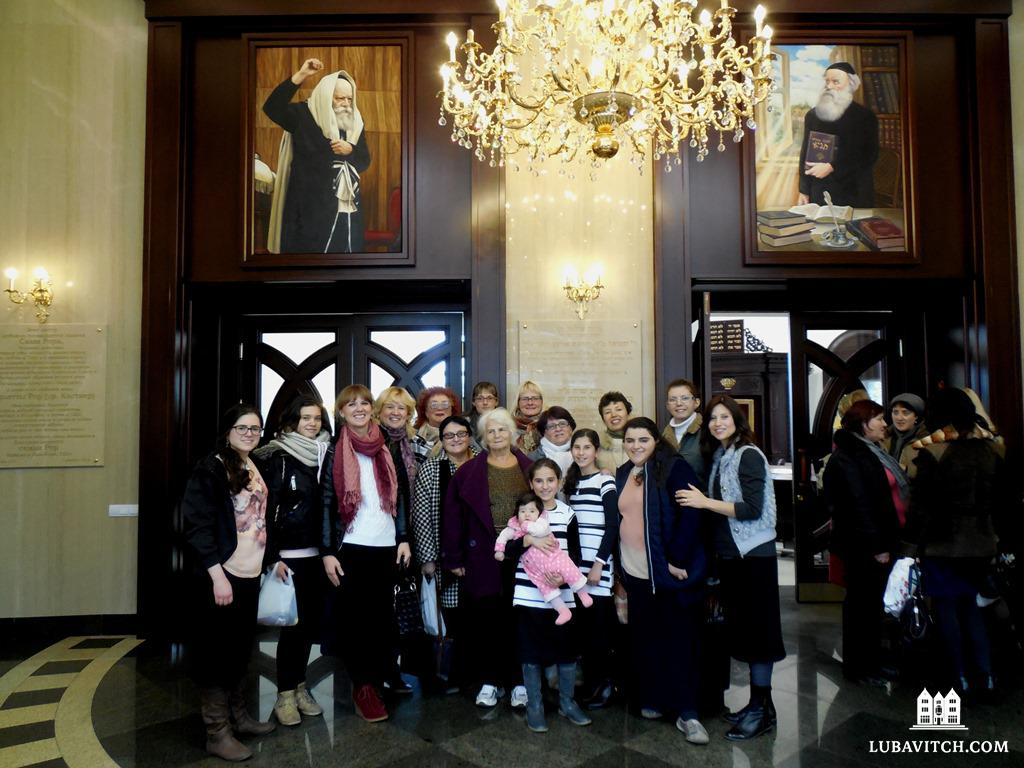 A contingent of women from nearby Sumy traveled to Haditch this year to pray where the founder of Chabad is buried.