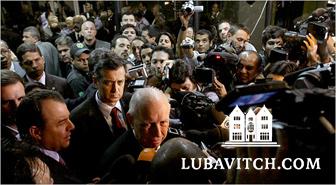 (lubavitch.com) While the investigation into the disappearance of Air France Flight 447 continues, and inquiries about the 228 passengers and crew members abound, the Jewish community of Paris has confirmed knowledge of one of the passengers.
Shlomo Anidjar, 40, a resident of Boulogne-Billancourt, France and a member of the local Jewish community was on the Air France flight.

The Airbus A330-200, a commercial jetliner en route from Rio de Janeiro to Paris is believed to have gone down in a towering thunderstorm over the Atlantic ocean, after its electrical system reportedly malfunctioned, and the plane lost cabin pressure.
With no word yet from the authorities as to the final fate of the flight and its passengers, Shlomo’s wife and three children ages 6-12 are still holding on to hope and praying for his safe return. “It is a difficult time for the family and for the Jewish community,” a resident of Boulogne-Billancourt told lubavitch.com
In a conversation with lubavitch.com, Chabad representative to the area, Rabbi Michael Sojcher said that he knows the Anidjar family. “They are good people, and my prayers are with them,” he said, as they wait for word on Shlomo.